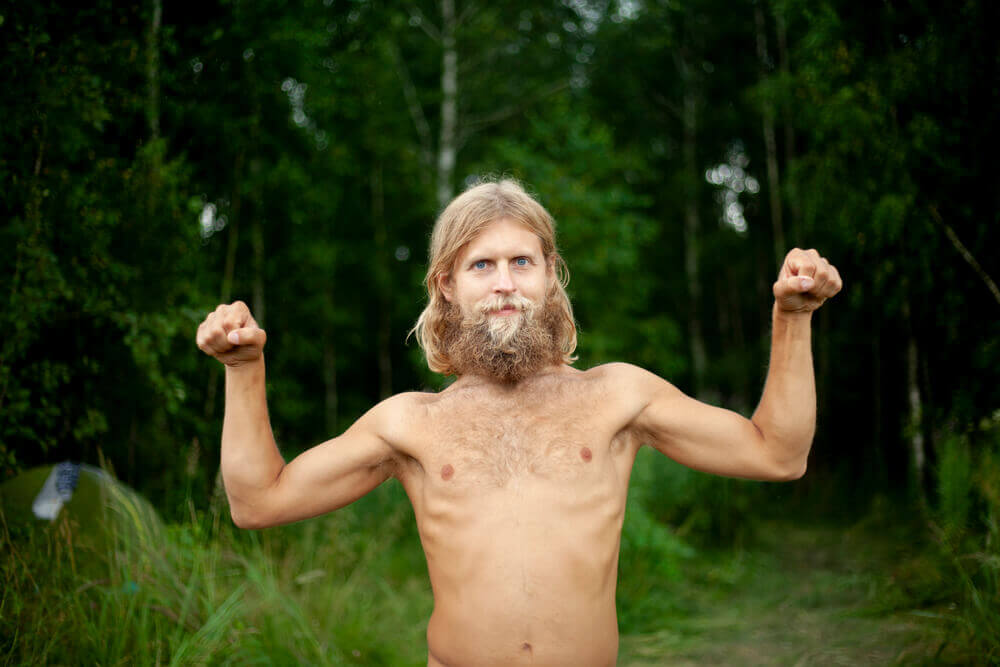 In a reality show where you have to bear it all, without clothes, without food, and exposed to a hostile environment – The one big question hanging over viewers is, do the contestants of Naked and Afraid get paid?

Whether you are an obsessed fan or maybe leaning towards the “I’ll pass on that”, the Naked and Afraid series makes for intriguing television reality with its out-of-this-world stories of survival.

No matter how captivating the show might be, for many of us, the stance of surviving the wilderness butt-naked for the world to see is not worth any amount of money. For some, the experiences are just priceless.

While the discovery channel show has claimed that contestants get compensated, how much is it? And is it worthwhile all the blood, sweat, tears and mind games?

What is Naked and Afraid?

In the Discovery Channel hit reality show Naked and Afraid, a group of extreme survivalists is left off in the wilderness to fend for themselves with no clothes, no food, and supposedly no defense. 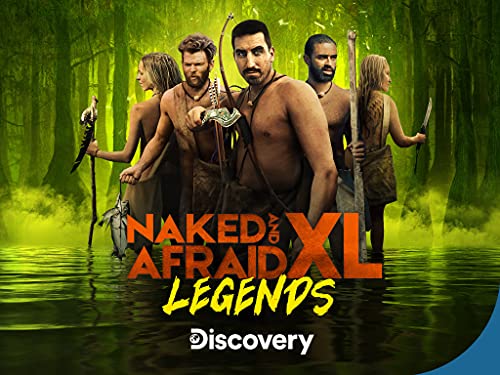 Contestants are paired as men and women. The show’s official description states the nude compatriots face some of the world’s most hostile elements and encounter deadly animals (like bears and huge snakes).

For 21 days, participants test their survival skills, their ability to forage for food and water, shelter building, and inevitably their mental strength, especially because they are exposed (naked) to danger.

Its adventurous season starts with the couples meeting each other and then stripping down naked. Each episode airs the struggle of one pair.

Although participants are deprived of most of their belonging, they are allowed to bring one item with them, which will aid in their survival.

Unless they have a survival box subscription. Just kidding.

The dangling sachet that we often see contestants use to cover at least one part of their bodies carries a camera that they use to document themselves when the camera crew is not around. 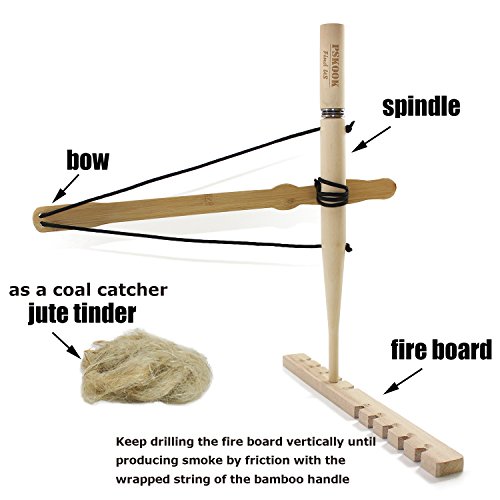 The show has aired for twelve seasons with twists and turns and sometimes accusations of being fake. However, if you ask us about this show’s longevity, we reckon this show will be with us for a long time.

Do Naked and Afraid contestants get paid?

According to official rules by Discovery Channel, once contestants pass the screening process, each entrant receives 5000 dollars in cash.

While that might not buy their dream home, it is enough for a couple of treatments to enhance their scruff-up look after several weeks of barely being able to bathe and being covered in bug bites. Or perhaps practically speaking, it will be a needed amount to compensate for lost wages.

Discovery further praises their compensation, adding that in addition to the cash prize, contestants receive round-trip flights to an undisclosed survival location in coach class, nights in a local hotel, and the opportunity to film an episode of Naked and Afraid.

If you are also happen to be a fan of “Alone”, here is what contestants get paid.

How much is the Naked and Afraid prize money?

What could the person who underwent an ocean of physical challenges and detrimental psychological impact for 21 days in reality shows most extreme series walk away with? A car. Millions of dollars. 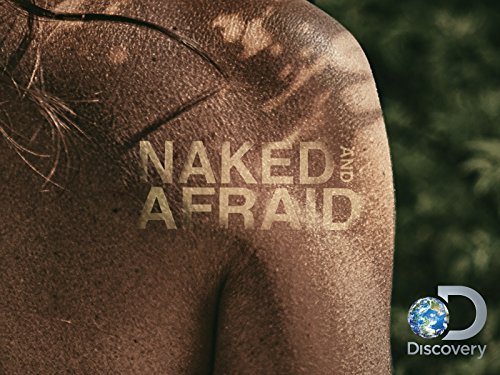 Unlike reality show Survivors one-million-dollar monetary prize, contestants who last the entire 21 days win no prize whatsoever (Shocked! You have every reason to).

The Discovery Channel show offers nothing but the certification that contestants can survive the wilderness.

What about Naked and Afraid XL?

In Naked and Afraid XL, contestants are expected to last a total of 40 days in the wilderness. You would probably assume a couple of extra days with pain and no gains (literally) will reap better monetary rewards.

You are right. Naked and Afraid XL contestants reportedly bagged 24.000 US dollars, almost five times as much as sticking around for 21 days.

Although $24.000 seems way more comforting, for many, the amount still does not cut it for all the added days of eating insects or sleeping under extreme conditions.

Naked and Afraid: Is the compensation worth it?

Now that you know that the show does compensate contestants for making an appearance, is $5000 enough for the blood, sweat, and excessive tears we see on the show?

Although the show has seen its fair share of gripping moments, the downright disturbing aspects outweigh any sense of pride and accomplishment, particularly when it involves death.

Thankfully, Naked and Afraid have not accounted for any deaths. However, contestants had given viewers a close scare as when contestant Kim Shelton suffered from food poisoning after eating a turtle in the premiere of the show.

Near-death experiences on the show are endless. In season one, Manu Toigo got bitten by a mosquito that gave her a serious illness. It was so bad that when she arrived back home, she had to be admitted to the hospital.

While the situation can get quite dangerous on Naked and Afraid, some contestants have had less than extreme experiences, from being able to steal food from the production crew and local neighbors to experience the groovy music of a DJ blasting tunes some few meters away from them.

And then again, why care for the bruise when for some contestants, being a primal survivor makes it all worthwhile.

Past contestants, who we might describe as being made for the wilderness, say the show’s ability to test primal instincts is like no other and outways and monetary compensation.

The show’s previous contestant Jeff Zausch described Naked and Afraid to be luring for more than just its monetary compensation. “What I generally state is this is what our identity is. This is the thing that we are made of. Some individuals were made to be race vehicle drivers. A few people were, you know, made to be CEO s of organizations. We were made to push the cut-off points of what’s humanly conceivable.”

Also, you get to leave with new survival skill sets.

Naked and Afraid returned on the Discovery Channel on the 24th of April with an all-new adventure.

Naked and Afraid XL Legends hosts some of your favorite elite survivalists, and the best part is you will have more screen time with the family ( or better on your own). 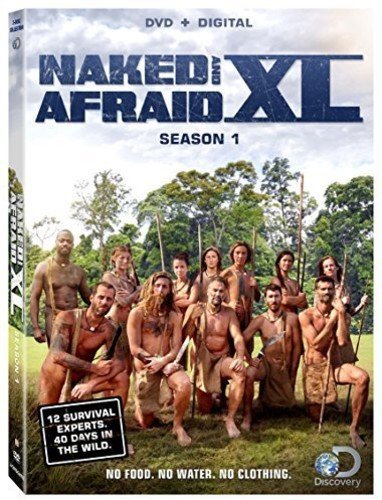 The new season will last a warping 60 days, 20 days more than the already quite extreme Naked and Afraid XL.

Although the campaign surrounding XL Legends was never tied to the monetary force but rather the coveted title of legendary survivalist, it sure would be nice to know contestants will get a greater compensation (considering it’s the most amount of days the show has ever hosted).

Whether creators were to drop or increase what contestants get paid, we have deduced that only a specific group of determined people are willing to do a show like this.

For pride and a sense of accomplishment, the show will have entrants despite how horrendous its compensation or lack of prize money may be.

Ultimately, there is gain and risk to everything we do, and as long as fans are happy, the show must go on.

Do you want to know how the show is produced? Read on!