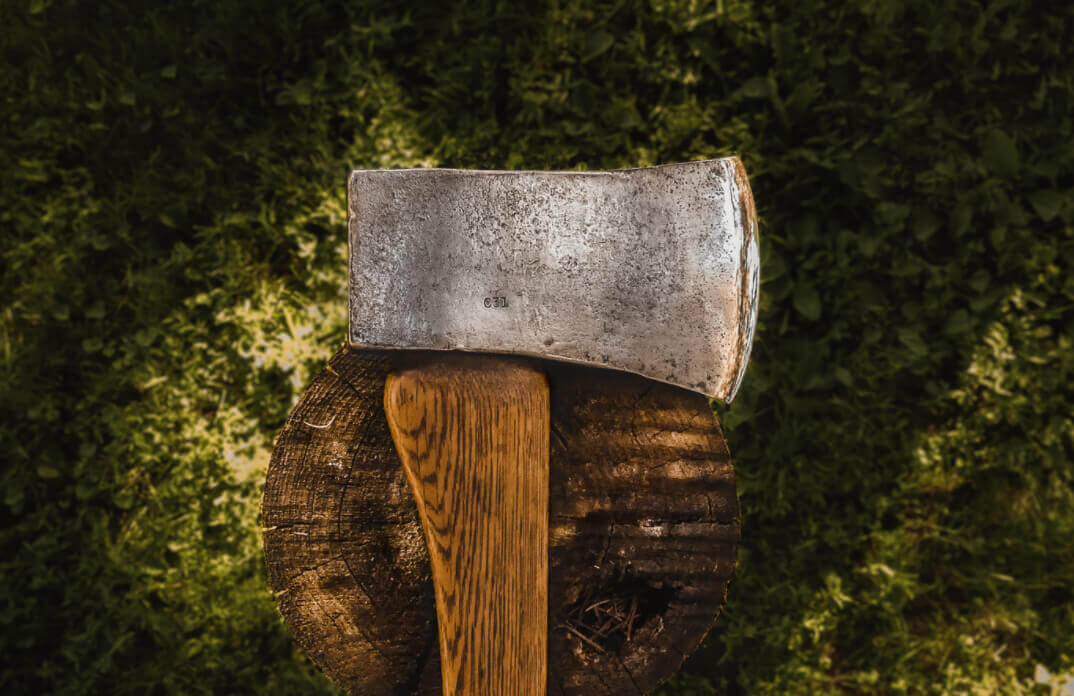 Naked And Afraid is one of the best survival reality shows to watch on a lazy Sunday. The Discovery Channel’s show is responsible for taking survival shows up a notch as it truly relied on the idea of not having any necessities in the wild.

The series definitely held up to its provocative title when the viewers watched it.

The show’s basic concept is to leave a man and a woman butt naked in the wild to fend for themselves without any outside help, hence the title “Naked” and “Afraid.”

The contestants of most reality series have less to zero control over their circumstances, but this show undoubtedly takes the cake in giving them no charge at all.

The only thing participants can say is what survival item they would bring that can help them conquer the extreme challenges. Ideally, the survival item should help them get most of the basic tasks done for all 21 days.

Many people go for something that they can get the most use out of, but sometimes the viewers were left shocked by survivalists’ choices.

Below is an overview of the most chosen survival tools that the participants have taken with them in the last eight years.

If you are an aspiring survivalist, this list will guide how handy these tools were for the ones before you, but don’t forget you know your strength the best, so choose something that suits you, even if it hasn’t been tried before.

Everyone has different survival skills, and the item should be chosen according to that.

When the contestants are thrown into a survival situation, the first item to help them is a Machete. The sharpness of a Machete can cut through the thick jungle vines, and with that, the survivalists can choose to make their very own shelter.

A Machete is a tricky item to use, and it can only be best for you if you can handle a technical gadget. The Machete has been used by various participants like Tom Mcelroy, Angela Mellinger, Fernando Calderon, Dani Julien, Manu Toigo, etc.

We like the Kilimanjaro 24 Inch model for its sharp and fearsome blade and the comfortable handle.

The knife has always been a popular choice as contestants believe it can be used for many tasks. Kim Shelton was the first contestant who brought a knife with herself in the first season.

Knives can be used for cutting anything survivalists catch with their bare hands. Over the years, the knife has been a popular choice with contestants of many seasons like Eva Rupert, Laura Zerra, Amanda Leigh, Shannon Thomas, and many more. Amber Hargrove‘s husband is even a knife maker, and so is Allstar Matt Wright.

The black Tanto knife used by EJ Snyder in Season 1, Episode 2 has to be our favorite for its versatility and combat-readiness. Best of all: it’s MADE IN USA!

The Ax has to be the most budget-friendly survival item one can take on this journey. While good quality machetes and fire starters are effective but a little expensive, an ax can get you far for a much lower price.

When an ax is used correctly, it can help you build a shelter in no time. This is the first task that many survivalists struggle with, and if you can complete it, many of your problems would be solved much quicker.

Caveat: You need to have a great deal of physical strength; otherwise, it won’t be of much use!

In season 1, Jonathan Klay surprised the viewers with his unusual ax choice as a survival item. He had picked a Coleman Camp Ax, which is a no-frills tool with a drop-forged steel head that gets the job done. 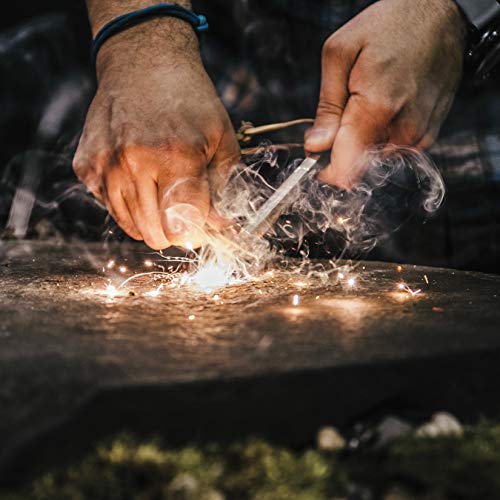 Without a doubt, the most chosen survival item in the earlier seasons was a fire starter. A fire starter is a safe bet for many survivalists; it can be used to cook and keep warm.

It can also become a light source after the sun sets and can help contestants be aware of their surroundings.

It is an object of such high importance that producers of the show started giving fire starters as a courtesy.

This gave survivalists the freedom to bring another item besides it.

The show producers usually let the contestants decide on what they would like to bring as it has to be something that they can make the most use of. Still, it is encouraged if they can bring something out of the box.

One contestant blew everyone away when he chose duct tape. Duct tape can be a solution to a lot of minor issues. 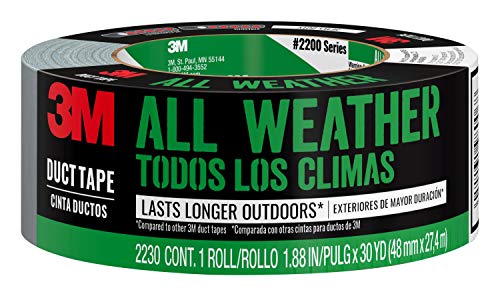 The tape can come in handy, from covering a barefoot to tightly binding something in all these inconvenient situations. Survivalists like Joshua Bell have proven what a simple tape can do.

Another simple but extremely practical item to take with you is a stainless bowl or cup. This kitchen utensil will help the most when having access to food and making an excellent water source.

The survivalists have used it to store water and cook regular food. If it rains, then this object is the best to store clean rainwater. Many contestants have become the victim of stomach issues due to drinking contaminated water, so this might look like it isn’t a big deal, but it is. 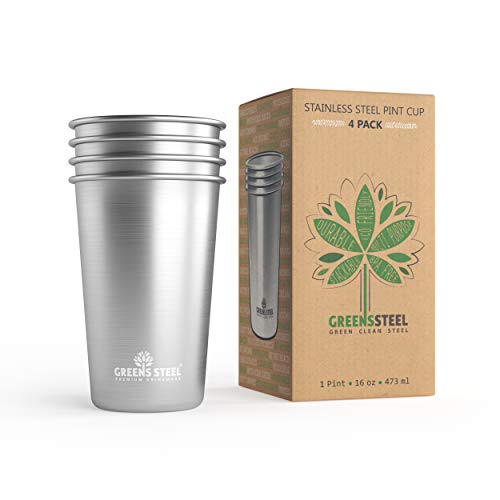 Later the same water can be boiled to be further purified, and it can help anyone participants avoid diarrhea.

Why do the participants on Naked and Afraid carry burlap bags?

During one episode of Naked and Afraid, every contestant was carrying a burlap bag at all times. These guys didn’t seem to carry them around for protection or anything; they just had to have one at all times.

The only thing we can think of is that if you’re going to be out in the wilderness, you should keep your things dry. After all, the survivalists are trying to live in extremely hostile geographical locations, so burlap bags can make or break their chances of survival.

As opposed to carrying only what their hands can hold, their bags allow them to carry more food. This is a big deal when you have trouble finding snails or snakes to eat.

Additionally, participants often have a machete and a map to aid their survival, so without the sack they would need to carry these items in hand as they trek across unforgiving jungle floors covered with mud, slime, crawly creatures, and thorns.

While the showrunners prefer the item to be unique and something that can shock viewers, it still has to be practical.

If you are an aspiring survivalist, you need to remember it’s not just a reality show like Big Brother. It’s a survival reality show. In season 3, a contestant named Honora Bowen showed the audience how crucial it is to bring a practical item.

After quitting, Bowen revealed that the object was not of any emotional value. The producers asked her to say it to look interesting and to manipulate the viewers. Still, in the end, she decided to go for it, which she did.

Just like Bowen, another participant named Clint Join chose something which he thought would be more useful, but in reality, it wasn’t. He chose swimming goggles, and it’s safe to say that there wasn’t much he could do with them.

Choosing a sensible item can be a nerve-wracking process. If you are thinking about participating in Naked & Afraid at some point in your life, then you should start practicing with all of “the most common survival items” to see which one fits you the best.

It is not enough to choose an item based on your survival instincts. Only with sheer practice will you be able to master the use of one item and then call it an actual survival skill.

Always remember it is a 21-Day Challenge, so the item should be something that can be used for that amount of time.

Even if you don’t plan to be on the show, learning about these items would still come in handy if you ever find yourself stuck in a real-life survival situation.