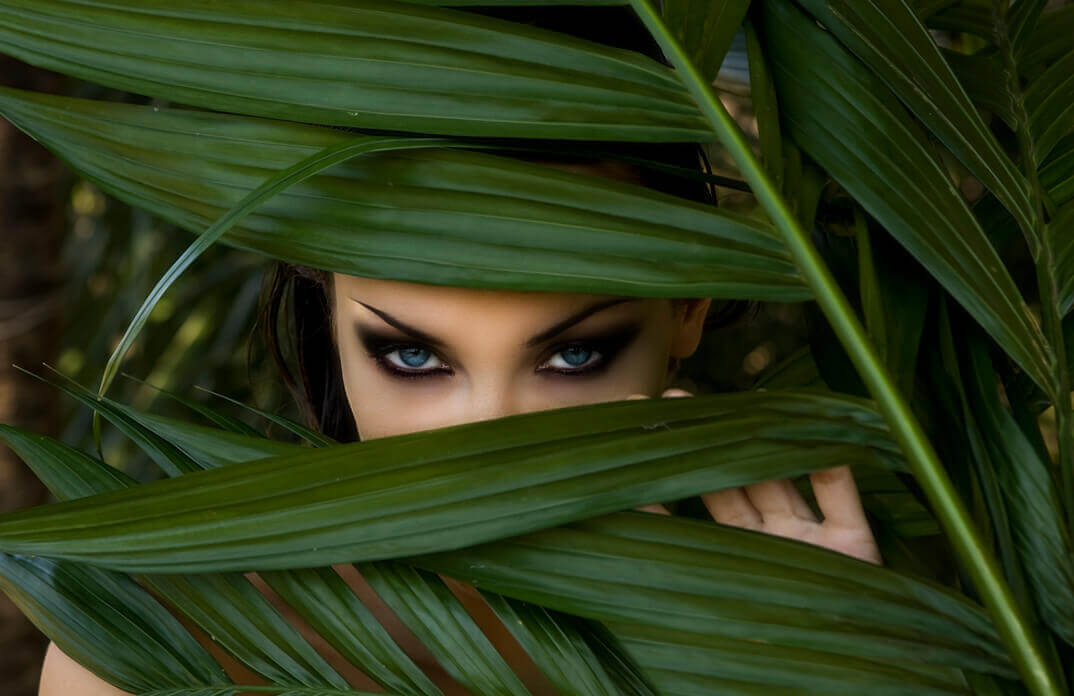 Discovery Channel’s top-rated show has managed to surpass the record of every other survival show. Naked and Afraid has now been turned into a franchise where only the best of the best can survive.

Over the years, many courageous people have come and tried their luck in conquering nature’s wildness, but only a few have emerged successful.

The die-hard fans of the show are always curious to learn what goes on behind the scenes.

Initially, the skeptics called the show fake, but there is enough material to prove that isn’t the case. Still, there are  a few hidden facts that will surprise even the most loyal fan of the show:

The show’s producer Rachel Maguire usually clear this in the first meeting with the contestant. She tells them they can’t bring any accessories.

She has warned that even if they bring something as minuscule as hair ties, their unit will know, and it could become a reason for them to be disqualified.

The potential participant selection process is already extremely tough, so if the contestants get the chance, they usually don’t waste it by doing something this stupid.

Accessories doesn’t mean “survival items”. Candidates are encouraged to pick one item to bring, and they usually pick some of this gear.

Participants have to sign a ton of paperwork before they land the gig. For this reality show specifically, the contestants are not even told where they will be taken.

There is a long list of grants of rights to be signed. However, once landed in a remote location for 21 days, survivalists can forget about their legal rights and public rights.

If you think that the first awkward meeting of the contestant is staged, then brace yourself for the truth. The contestants only meet when they arrive at the location, and their first meeting is recorded on camera.

Naked And Afraid do their best to show viewers that the contestants are being taken to a no man’s land, but that isn’t the case.

They usually are at a distance of few miles from the civilization. This is most important for a contestant who gets hurt and needs to be admitted to the hospital; otherwise, a participant could lose their life.

The show is all about drama, but a contestant dying would be a bit too extreme. This is something that even the producer and/or network won’t want.

Eat What You Hunt

One of the biggest conspiracy about the series when it started was that contestants only hunt for the camera. People believed they must have gotten food from the production team.

Since the show aired, many contestants like Alison Teal and Honora Bowen have come forward, and their testimony proved that indeed there is no food for them.

Even if they ask, the crew tells them no. The contestants only get IVs and fluids if their body gets too weak to make up for any vitamin deficiency.

Having said that, contestants have also shared that they might have stolen baby food from the storage, but they classify it as hunting, so to them, it’s fair.

Whoever has watched the show must have at least thought once about women getting their period while being in the wild. The truth is that the team gives women tampons, so they aren’t exactly helpless.

However, the production doesn’t allow them sanitary pads due to them being naked. If the participants are strong enough to go on this series, one can assume they can handle tampons.

In the daytime, the camera crew follows the contestants from a distance to document their whole journey.

Of course, they might not be able to help them, but their presence must be comforting to two people who are exposed in more ways than one.

But when the night rolls around, the team goes back to their tents which are situated at a distance from the survivors.

Both survivors are left to fend for themselves at night, and many have recalled it to be the scariest time since the fear of wild animals roaming around them doesn’t let them sleep.

Many shows have this rule for their contestants to not hook up while they are a part of the series, but Naked And Afraid isn’t one of them.

The contestants can do anything they want, but many of them choose not to. The survivors are in their worst condition as they are dirty with all kinds of bug bites so hooking up is something that doesn’t feel enticing to them in that particular condition.

If you are interested in more “action”, maybe Naked and Afraid of Love is your thing.

Naked and Afraid is shown as something only for adrenaline junkies. The impression given to the audience is that for the money comes secondary and adventure comes first, which is why no prize money is announced.

But Nicki Swift has claimed that the survivalists are usually given around $25,000 for each episode they successfully finish.

This makes sense because some of the strongest contestants keep coming back, and the only thing more motivating than a ranking would be cash.

Many viewers would assume that the contestants only get naked once, and then their journey begins, but that’s not the case.

When the cameraman shoots the first meeting, they use multiple angles for which the survivors have to undress once more until they get it right from all the angles.

The core concept of the series is to show people fending for themselves with no outside help. While the producers have stayed true for the most part but even they have their limitations. A limit that ends at the medical assistance.

The contestants are provided medical assistance, so they don’t just drop dead in the middle of nowhere. If things go worse, they are even taken to the hospital to get thoroughly checked.

Another executive producer named Steve Rankin can vouch for it. He was bit by a pit viper and developed an infection that needed to be operated on immediately.

If he hadn’t reached to hospital on time, he could have lost his leg. A contestant on Naked And Afraid was shown to be miraculously healed from the food poisoning which she got by eating the production’s chicken curry dish.

Still, viewers were quick to notice that she had received medical help, which improved her condition.

As the show’s name suggests, the participants are asked to be naked when they enter the show. But here’s the catch the producers only forbid contestants from wearing clothes made out of fabric.

Survivalists are free to cover themselves up from anything they find on the location, usually leaves. If they can get a bit creative, then they can have a nice authentic jungle outfit.

For ages, reality shows have been accused of creating fake sob stories to get more ratings. Sadly a show like Naked and Afraid also couldn’t resist it and got reality blurred.

A contestant on the show named Honora Bowen told in an interview that her magnifying glass story was just the producers’ idea. They advised her to tell the viewers that the magnifying glass belonged to her dead father and to keep acting like that object was of high sentimental value.

Her father did have a magnifying glass, but the one she used on the show did not belong to him. At the time, Bowen did what she had to do to stay in the show, but later she felt she had been exploited.

Another thing reality shows heavily rely on is dramatic editing. Editing can totally change the narrative, and many survivalists’ have become a victim of this.

For example, producers instigated the fights between the contestants, and then through editing, they showed someone as a clear villain, and the other one got all the sympathies. Honora Bowen experienced this first hand.

She said that the editors cut the part where his partner used to say bad stuff to her that made her upset and only used to show her reaction. This made her seem irrational most of the time.

No Outside Help Allowed

Understandably the producer and network don’t encourage any outside help. The survivalists are briefed thoroughly that they can only contact the show’s producer in a dire emergency or if they want to quit the show.

But under no circumstances are the contestants allowed to take any outside help. The showrunners even classify small accessories as outside help and can disqualify a candidate if he or she doesn’t comply with the rules.

There are times when the survivalists are not even watched by the crew members, which often leaves them at the risk of getting hurt without getting attended to.

To solve this issue, producers give them an emergency radio/walkie-talkie and a whistle to inform the production team if something bad happens. Destroying these items for publicity stunts can result in monetary damages.

These things are also provided with the same condition of using them under extreme circumstances, and they cannot be used as a joke; otherwise, both of these items can be confiscated.

If a participant still doesn’t understand, elimination decisions can also be taken by producers.

As much as the producer or network of the show would like you to believe that the survivalists are left in a remote location to find their way out without any help, it’s not true.

The contestants are given a rough sketch map to keep them on the right track, and it also gives them an idea of places where they would have leverage.

They are also provided maps if, for some reason, they start to stray from the designated path. The crew then keeps giving them hints to get them back on track.

At the end of the day, Naked and Afraid is a reality show, and Discovery Channel treats it like one. They are more interested in showing participants’ fights and tragic backstories than showing how they build a shelter.

They often build something from scratch, which usually takes hours, but in editing, their hard work is shown cut down into only minutes.

They try to squeeze as much drama as possible so that the viewers do not leave their screen even for one second.

The show’s concept is undoubtedly bold, and many people won’t be comfortable watching it with their whole families, especially due to the full-on nudity.

The Discovery Channel show does censor full-frontal nudity, but the back one is on full display.

One Million Moms group decided to do something about it, and they put pressure on companies like Pedigree and Delta Faucet to stop advertising with the show.

They explained that Naked And Afraid wasn’t a kid-friendly show, and such shows should not be shown on television networks.

However, the group is not backing down anytime soon. Instead, they are trying their best to convince others brands to revoke their sponsorship as well.

One item For use

Naked And Afraid provides one chance for survivalists to bring an item that they think would be of utmost use to them. However, whenever the producers are asked about this one item, they have repeatedly said that they don’t influence what contestants would bring.

But many contestants have revealed that if their partner brought a fire-starter, the producers have asked them to change their item.

At this point, the showrunners even encourage if someone brings anything else other than fire-started as they feel that item has become repetitive.

They do prefer items of emotional value so that viewers can sympathize with the survivalists.