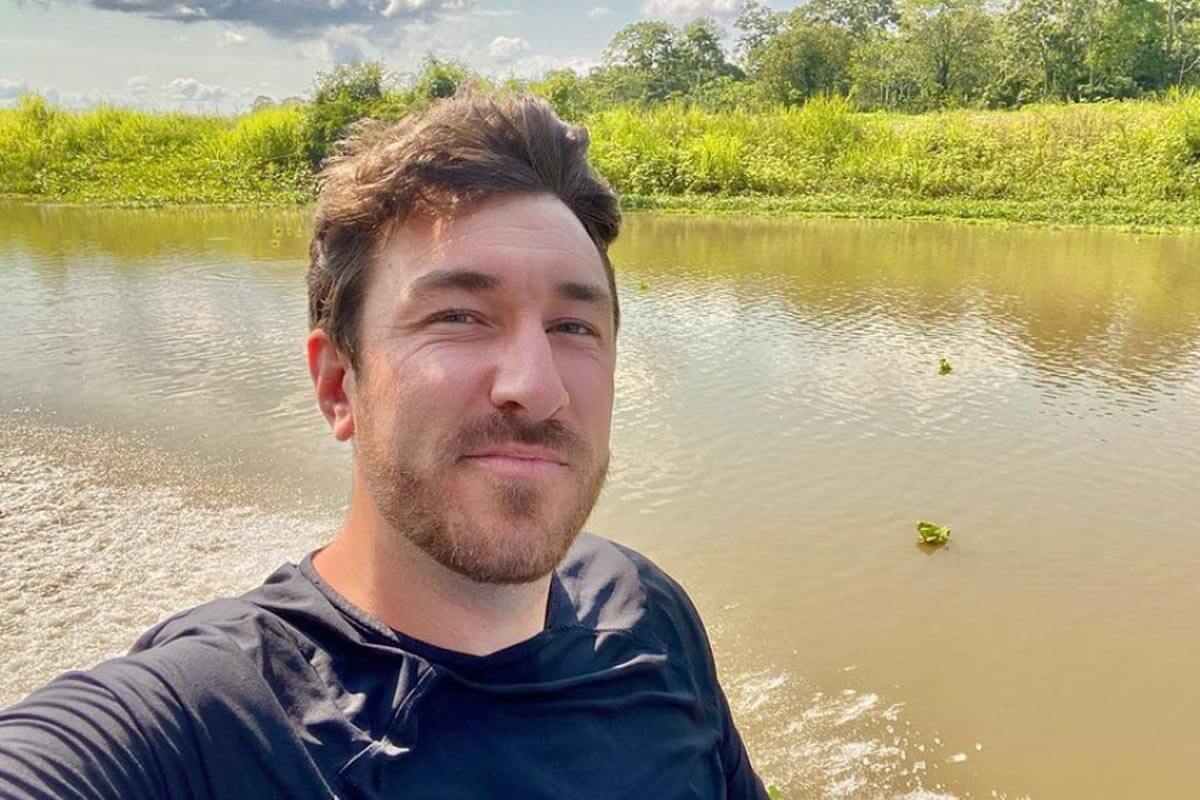 Handsome, unassuming, and competitive are just a few of the qualities that endeared Jeff Zausch to Naked and Afraid fans. This popular naked survivalist has appeared on the Discovery Channel reality TV show six times and has survived the most number of days than any other contestant in the show’s history.

The last time Zausch was on the show was a matter of life and death, as he battled with medical emergencies such as a 105-degree fever that threatened his life.

It has been a while since that last appearance. So, if you wondered what happened to Jeff Zausch on Naked and Afraid? We’ll tell you everything you need to know. Read on for the tea on this hank!

Who is Jeff Zausch from Naked and Afraid?

Zausch is one of the show’s most memorable contestants, known for his advanced survival skills, competitive spirit, and sheer determination. He always had his eye on the prize on both the 40-day challenge and the epic 60-day challenge.

His appearance on Naked and Afraid: Savage was quite nerve-wracking for him and fans alike. His time in the jungles of the Philippines brought him to the brink of death.

What Happened to Jeff Zausch?

Jeff fell really sick on Savage, where he and fellow contestant Laura Zerra were left to fend for themselves in a jungle in the Philippines.

The survivalist came down with a 105-degree fever and was covered in mosquito bites; it seemed like he was wearing black socks. Speaking to the Idaho State Journal, his local daily, Jeff said of the experience, “I have never felt so cold in my life. My teeth were chattering and my body shaking violently.”

To bring down his dangerously high temperature, Jeff submerged himself in water for two hours during the epic 60-day challenge in jungles of the Philippines.

“I wasn’t sacred. I was determined. The ultimate failure would have been tapping out of the challenge.”

Fans woke up to the news that Jeff and Laura had won the challenge, making them the first contestants to complete the epic 60-day challenge.

Despite persevering and completing the challenge, Jeff was hospitalized for severe meningitis from a cut on his foot.

He told Idaho State that as soon as he landed in Dallas, he was admitted to the hospital and was fortunate enough to have a great team of infectious diseases doctors who saved his life. He stayed at the hospital for several weeks, where the doctors administered antibiotics through a stent in the heart.

So, Jeff did go through a tough time following his stint on the Naked and Afraid Challenge: Savage, almost to the extent of losing his life. But fortunately, he is alive and well after overcoming that ordeal.

Talking of what Jeff has gone through, he was once sentenced to probation and 100 hours of community service for insurance fraud. But he survived that too!

What Is Jeff Zausch From Naked and Afraid Up To Now?

Jeff Zausch worked at Idaho State University before leaving to pursue his survivalist career. Today, he uses his skills and fame to motivate and train others interested in sharpening their survival skills.

According to his website, Jeff offers motivational speaking classes for corporate events, bachelor’s survival parties, and everything in between. He also provides 72-hour survival tours of the Rocky Mountains, during which regular people can learn the survival skills he used on television. People can learn skills that include shelter construction, starting a fire, hunting and trapping, water purification, and much more.

Aside from his training work, Jeff has returned to television in an all-new survivalist show, Snake In The Grass. The show includes former Naked and Afraid and Big Brother contestants, including popular survivalist Yul Kwon showcasing their current survival status.

In the show, four contestants are left in a jungle in Costa Rica for 36 hours each week, competing in a series of challenges. One person among the contestants is the snake, who secretly tries to sabotage the group. The contestants then try to guess who the snake is, and whoever is right wins the $100,000 cash prize. If no one guesses correctly, the money goes to the snake.

Jeff Zausch: Snake In The Grass

In “Snake in the Grass,” Zausch puts his survival skills to the test again, working with three other contestants to survive in the Costa Rican jungle for 36 hours while competing in a series of challenges.

Zausch appears in the new series alongside three other survival experts, Bobby Bones, Rachel Reilly, and Stephenie LaGrossa. He says survival reality shows regularly approach him, but he turns them down because he is in it for the challenge and not the money, and in this case, Snake in the Grass made the cut for him.

“I am selective with the shows I accept. The only American reality television shows I’ve ever been on are Naked and Afraid, and I hosted Discovery Channel’s Dual Survival.

Two of the participants Zausch will be with on the American television series debut show are former contestants of the popular English-language television show Survivor, and each has won the $1 million cash prize.

The American television series debuts on USA Network on August 1, 2022, with new episodes airing each week.

Are Jeff and Laura From 60-Day Challenge Dating?

Jeff Zausch and Laura Zerra made history for being the first pair of contestants to complete the unprecedented 60-day challenge on Naked and Afraid.

The duo went through a lot, including Jeff’s serious health scare, a typhoon, and dealing with flesh-deep thorns in the murky waters and jungles of the Philippines.

Jeff suffered a dangerously high fever during the Naked and Afraid episodes and later became sick with meningitis after completing the challenge, which included crossing shark-infested waters.

There was some speculation that Jeff and Laura had a secret romantic relationship based on how these two behaved. For example, they would cook food for themselves and hide it from the rest of the survivalists but still join the group to trek the jungle together.

Fans wondered if these two behaved this way during the day, what happened to them at night? One fan pointed out that Laura and Jeff behaved a little more than just survival partners.

Another pointed out, “I am starting to think a lot more goes down after dark than just sleeping.”

Jeff and Laura did have some chemistry. Remember the time they said they did not want to leave the beach? Why would they say something like this if they were not enjoying each others’ company?

Looking at the scenario closely, you will notice that Laura seemed more into Jeff than he did. But, it could be that he was just playing cool for the public and was a totally different guy behind the scenes.

On a serious note, are Jeff and Laura from Naked and Afraid dating?

The answer is no. These two were neither dating on the show nor in real life. Fans may have wanted the duo to be together, but there is nothing more between them than being friends.

Besides, Jeff Zausch is in a relationship with his long-term girlfriend, Erin Munoz, whom he often posts on social media. Jeff and his girl are always together, and you will regularly spot them with their golden retriever.

On the other hand, during the show, it did not appear like Laura was in a relationship. This might explain why she seemed really intrigued by and attracted to the handsome Jeff Zausch.

There is no doubt that Jeff has a lot going. Even after leaving Naked and Afraid, the veteran survivalist is still integral to the show’s history. We wish him nothing but the best in his endeavors!