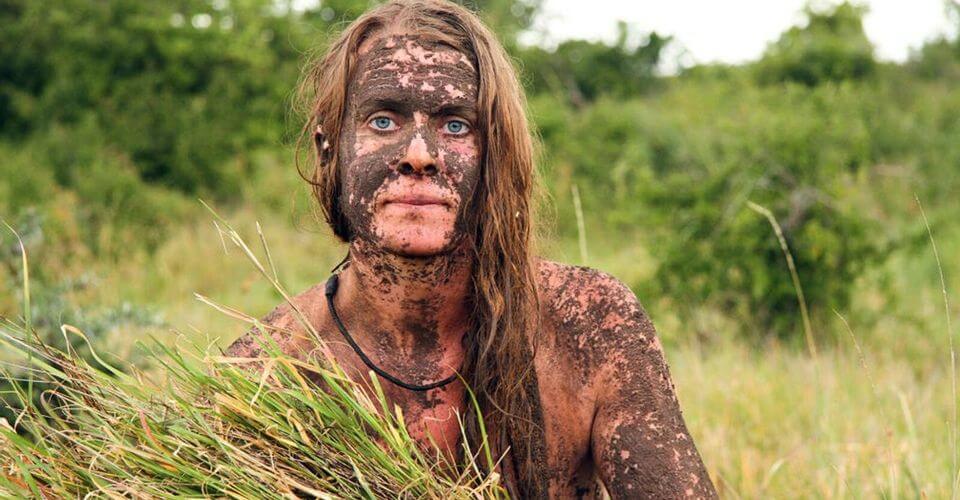 Since their existence, reality shows have been at the receiving end of criticism for not truly being as “real” as portrayed.

From influencing participants to act and behave in a predetermined manner, re-staging events in a dramatical way, or manipulating what plays out before our screens, there is controversy on whether the events of a reality show actually do reflect reality.

One reality show that falls no short of accusations on the exploitation of contestants is Naked and Afraid.

Discovery Channel’s Naked and Afraid presents us with an action-packed show surrounding a crop of survivalists who tackle unbearable weather conditions, battle deadly animals and scavenge for food and water. Seems far-fetched?

Here are 12 things on Naked and Afraid that are real, as well as fake.

The only way to get food is by hunting

The show wants you to believe that participants are left in the dry to hunt for insects, animals, and wild fruit. Is that true? Several past Naked and Afraid contestants said that they stole food from crew members and local neighbors.

If a contestant is lucky enough to find a helpful crew member, they might just score themselves an entire plate of freshly cooked food.

Phaedra Brothers told Channel Guide magazine that she confided in an Indian crew member that she had only been eating granola bars and needed to get some protein.

The crew member made her an entire chicken curry dish. Unfortunately for Brothers, she fell ill from food poisoning.

Red flags on how food is easily accessible

A Reddit thread pointed out that it was seemingly strange that the moment a contestant complained of hunger, an animal that they could hunt down appeared before contestants.

“I’ve noticed this for a while now, yet for some reason, I kept watching. In nearly every episode, you see the couple starving, not being able to catch anything. They have no energy, but they desperately need the energy to make the journey to the extraction point. So what happens? On the 20th day, it’s ALWAYS the day right before extraction when they need the energy, they finally “catch” an animal.”

Every reality show contains what is known as soft scripting, which they claim is only to aid in direction and not manipulate the story.

Still, between a Kardashian waking up from bed photoshoot ready and a snake potentially attacking someone, the stakes seem much higher on Naked and Afraid and its apparently staged scenes.

Past contestants have claimed that producers instigated fights and also encouraged participants to lie. Season 5 Honora Bowen said because her storyline surrounded her father’s passing, producers told her to lie about her magnifying glass given to her by her father.

Honora Bowen’s words on-scripted storylines pretty much create skepticism around the series. “You know, just to try to watch it with an open mind. Pretty much everything you see on TV is fictional, even if it is reality TV.”

Contestants are concerned about their naked appearance, which probably is the reason why they tend to cover up some body parts. The reality show’s emphasis on people being nude can be a little bit subdued, especially when contestants are allowed to use leaves to make some skimpy but doable clothing.

As filming for the show progresses, contestants move about in leaves that often cover their front and back nudity.

The wilderness may not be all that wild

Producers want you to think survivalists are placed in the middle of nowhere. Previous contestants have revealed locations are sometimes close to civil society.

Season 3 participant Honora Bowen revealed that not only did contestants bump into locals playing soccer on the beach, they heard the local DJ playing club music long into the night.

You can get sick or severely hurt

No matter how much Naked and Afraid can get accused of putting drama on blast, the show is not easy for anyone. What happens when you are in the middle of nowhere, with wild boars, dirty water, little food, and no clothes on your back?

Certainly not a lot of good.

Contestants of the show have gotten sick or injured close enough to death. While searching for a potential shooting location for season 1, producer Steve Rankin was attacked by a fer-de-lance snake.

According to Rankin, he was panting vigorously and had jelly knees after being bitten by the viper. Reports state that it is a wonder that he lived to tell the story.

Alison Teal said the show’s screen time focused on drama rather than showcasing survival skills. On a Reddit thread, Alison Teal explains that she was disappointed that the show did not show the 40 feet ladder she built or the fishing net she built.

“Wait, what about the 40 ft ladder I built, and what about the fishing net I made” etc., etc…BUT, as a filmmaker myself, watching someone build a fishing net for five days is probably pretty dull….sooooo guess they are going for the action-packed scenes and character dynamics…”

A narrative exists that people are willing to do the show despite no offering of a monetary prize. Considering the extreme challenges they face – this idea seems a little off.

Discovery has not officially stated that contestants who completed the 21-day challenge received prize money, yet, a report by Nicki Swift claims some survivalists have alluded to receiving anything between 20 000 and 25 000 dollars.

There is no way to ask for assistance

When out in the wild, a lot could go wrong. The fact that the show has not recorded any deaths means there is certainly a way to call for help if in a dire situation. Reports claim contestants get a walkie-talkie and a whistle to signal for help, which they carry in a camouflage drybag.

A medical team is also present to administer care for contestants needing medical attention. When Kim Shelton ate a turtle and got food poisoned, the show did not reveal to viewers that she received medical intervention before she eventually left the location.

Kim was given two IV drops to re-hydrate her and fed baby food and bread to bring back her strength.

Are rules broken? or inconsistent?

The Discovery Channel show has either not strictly enforced the “one personal item per contestant” rule, or former contestants Honora Bowen and her partner should have been punished for breaking the rules.

In an interview, Honora said, “My partner and I each brought four survival items with us to Brazil, which is standard for the show.”

She calls her actions standard, but viewers did not get that memo.

Contestants head to the extraction point on their own

The test of navigation skills is a little overplayed in Naked and Afraid. The show’s producer, Steve Rankin, said contestants received a basic sketch map that guided them to the extraction point to aid in the challenge.

The camouflage drybag contestants are given conceal the map and microphone transmitters used for audibility. He added that the production crew was permitted to nudge contestants to the right path whenever they went off track.

Four days before filming in Costa Rica, contestant Shane Lewis broke three toes in an accident. Once filming began, the show portrayed that Lewis had merely hurt his foot during one of the challenges and not broken his toes.

More than one participant has claimed that field producers are untruthful. Phaedra said in an interview that though she got sick before filming her Naked and Afraid episode, producers told her to lie and say she fell ill from drinking untreated water.

There you have it. Like any other reality show, Discovery Channel’s Naked and Afraid involves a vast amount of storytelling to dramatize the show.

One thing is for sure; we can’t take away from the fact that most Naked and Afraid contestants go through a rough time during their 21-day exposure to the elements, posing considerable mental and physical challenges. In the end, only those with the highest PSR prevail.