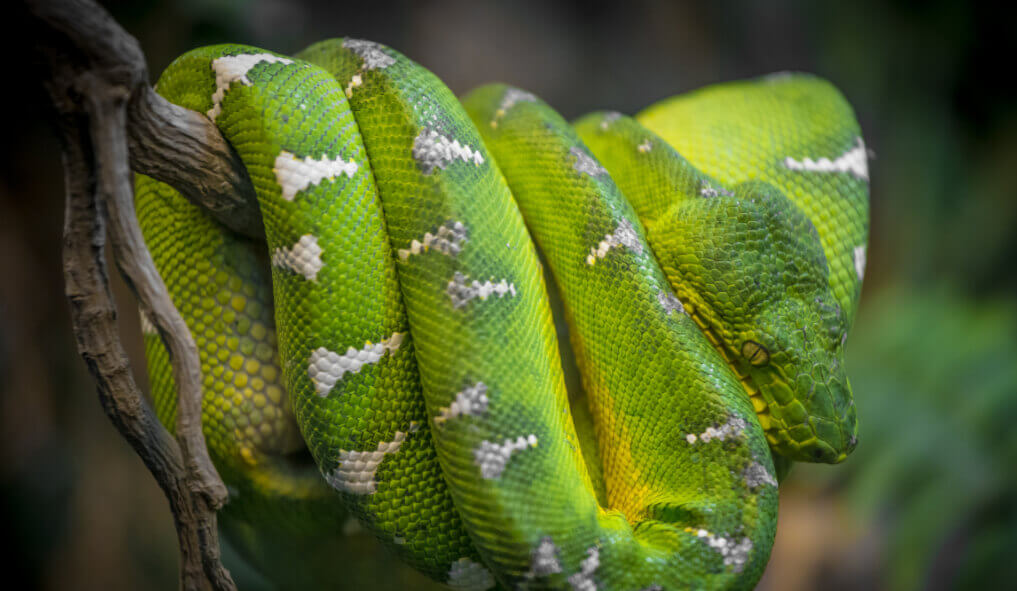 Discovery Channel’s Naked and Afraid has seen some crazy survival stories since it started airing eight years ago.

The contestants give their full consent, completely aware of the show’s scary nature. Still, there are times when they have narrowly escaped death.

Over the years, some contestants have come forward to bust the myth that the show is scripted.

Ex-participants have shared how they encountered their worst nightmare while the production team didn’t even lend them a helping hand.

Matt Wright is a survival junkie in its true sense. He is one of those contestants who can’t get enough of the show and keeps coming back to it, even making it on to our list of best episodes.

In 2017 on Naked and Afraid XL, Matt got injured by something which he wouldn’t even have given a second thought, “a bug’. The guy has snapped a pig in half, but an insect was what got him. As soon as he got bitten, he developed an infection.

When you roam in the jungle without clothes, bug bites come with the territory. But people forget that insects at these exotic locations are more dangerous than they look.

Similarly, in Wright’s case, it was no ordinary infection. It was a flesh-eating bacteria. Visible to the naked eye, it was clear that Matt’s foot flesh was being eaten away.

The leg also gave out, and he prepared mentally to eventually lose it. He did get to the hospital just in time, and it was treated urgently.

The doctors said there was no doubt his leg had to be taken off if more time had passed. He later told how this was one of the scariest moment of his life:

“The feeling of losing my stronghold on the jungle and having to leave all of my survivalists, it was just the worst feeling I could have imagined, besides the fact that I thought I might lose my foot, leg, or life”.

Matt has since found love on the show, so we’re happy he’s alright.

Shane Lewis was more hurt by how the creators of the long-running Discovery Channel show portrayed his injury.

He had broken three toes even before the filming started. The producers made it look like he got hurt during the challenge in which he happened to be underperforming (due to being injured beforehand, of course).

The show only mentioned it once that he had been hurt, but they never talked about breaking three toes. He didn’t even receive due medical care to make him look like someone who is not giving his best shot just for the ratings.

He completely flunked the challenge and only talked about its reason after coming out of the show.

Aside from survivalists, the series has even caused injuries to Discovery Channel producer Steve Rankin.

He was in Costa Rica looking for a location to shoot the next season when a pit viper bit him in the foot.

Instantly after being bitten, he started feeling its effect. His legs started completely giving up. In his own words, his “knees became jelly.”

Soon after, he was put on a stretcher and taken to the nearest hospital, where surgeons had to cut a massive chunk off his foot skin.

Within minutes it had started rotting. It is no less than a miracle that he is still here after all. Fer-De-Lance snake kills more than 100,000 people every year.

If someone has truly experienced a brush with death where even the medical team feared for that person’s life, it’s Charlie.

Also a regular on the show, Frattini’s first two times went great; it was his third time where things started going downhill.

In his third season, he was running from a sea of ants who were attacking him for trampling their nest. While running, his leg twisted, and he severed his quadriceps tendon. His left leg was completely twisted, and the doctors on the show advised him to get emergency surgery.

He didn’t want to leave, but the producers convinced him to go as his health is more important.

The channel heads told him:

“We don’t think we can, in good conscience, medically let you continue the challenge, and we’re gonna have to get you back to the United States for possible surgery.”

Being of elite survival skills, Frattini felt utterly humiliated on being out of the show just because his leg was twisted. He asked producers to be on the show again.

In 2018 he came back, this time willing to win it against all odds. But history repeated itself, and he started feeling unwell before going on a long hike. Charlie didn’t even tell the production crew about his deteriorating health.

Whenever his medical checkup was scheduled, he used to go to sleep as it was against the rule of the show to wake up contestants while they are taking a nap.

Earlier, he felt severe weakness and sharp pain, but then he got bit by a centipede, which resulted in more injuries. His body started going numb, and before that, he would feel extreme aches in his bones.

His condition got so worse that the executive producer had to intervene again. Charlie was one of the toughest survivalists. His famous words were:

“Nobody will ever carry me. If I lose a leg, I will limp out.”

Again it proved to be a task for showrunners and doctors to force him to leave the competition.

His heart rate was consistently being monitored at 135-160, whereas a normal one is 60, and due to dengue fever, his body temperature was highly abnormal.

This was especially alarming since he already had two heart attacks.

After leaving the show, he was shifted to the hospital, where it was diagnosed that his issues started when he caught dengue fever.

But due to leaving it untreated for so long, his condition became way more complicated. His heart expanded, taking over half of his lungs.

He also had a double hernia, and doctors were scared to treat one of his issues as the chances of him getting a heart attack were severely high.

Today he lives on heart medication and is prepared to even get open-heart surgery one day.

Even after listening to such scary behind the scene stories, there are still some wanna-be survivalists who will give their right arm to be on the show. Only time will tell whether any of their injuries would top this list.

If all the above hasn’t scared you off: here is how you can apply for the show!