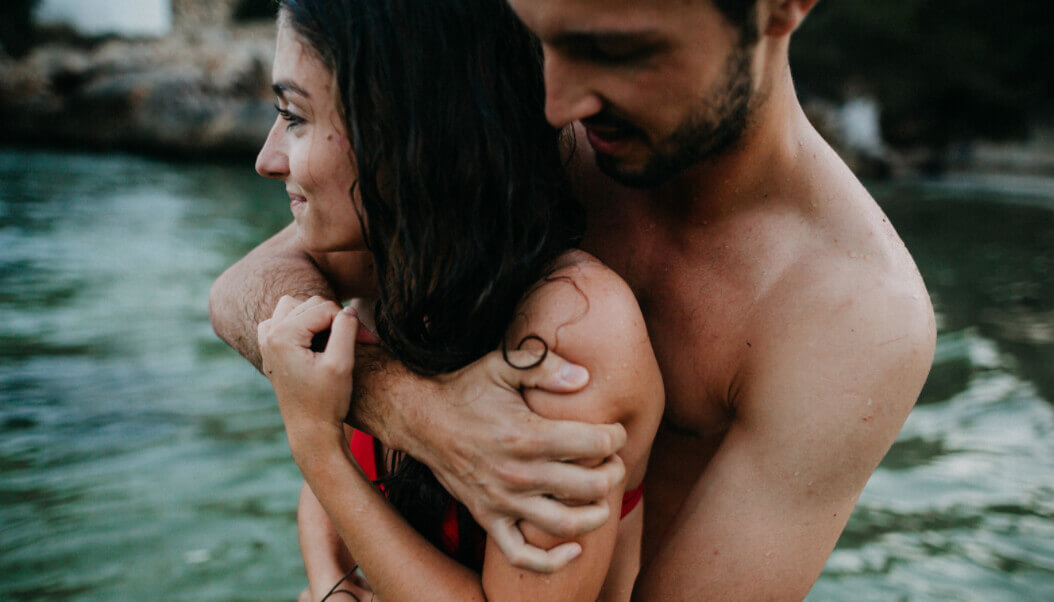 An extreme environment infested by creepy insects, with a gruesome climate and scarce food, is the least ideal set up for a steamy hot date.

When creators conceptualized Naked and Afraid, a reality show where one man and woman survive the wilderness together (NAKED), it must have crossed their minds that the idea that love could brew in such circumstances was hopeless.

If that’s the case, would they at least get well compensated for participating?

Twelve seasons in, and there is proof that the unconventional show can facilitate love connections. In fact, the show’s producers just launched a new spin-off, called Naked and Afraid of Love. Find out all about it here.

The latest season of Naked and Afraid will see your all-star favorites have a second chance to not only receive the title as a legendary, PSR-scoring bush outlander but also score a hookup or a lifelong relationship.

As we gear up for the all-new Naked and Afraid XL on Discovery channel – here are the five times survivalist relationships blossomed or at least tried to.

Season five Star Torres and Tony Wheeler left viewers stunned after being the first-ever couple to get engaged on the show. How did this happen, you ask? Well, the two already came into the season as one of the few verified couples.

Typically, we thought the butt-naked terror would cause a perfect storm in their relationship; however, it only seemed to make it stronger.

Their stay in the muddy jungle revealed the couple’s ability to read each other’s minds and withstand uncomfortable situations. Indeed, Tony knew a woman displaying such interrelatedness needed a ring.

Their smitten lives continued after the reality show.

Here is their last post as a couple on Instagram, and we sure do hope they are still going strong.

Steve and Ava risk it all for love

Steve and Ava appeared in season 9 of the reality show and sure did cause waves with the bond they formed.

Firstly, in a show where many contestants state being disgusted to have any sexual contact, the two were not afraid to display a love scene or two on camera. And then.

Steve hatched up a plan to steal food from a nearby medical camp as he could not bear to see Ava deteriorate from malnutrition.

Steve said in his episode,” Our bond is strong, I thought about it last night, if she were not able to stay, I would miss her” Arguably a meaningful love connection.

The two partners in crime eventually left the show after being disqualified for stealing the food, however to date, rumor has it that the two were disqualified for having sexual engagements.

Gemma and James: A success story

James and Gemma, who appeared on Naked and Afraid season 6, admitted to having sex shortly after meeting each other on the reality show. And lucky for them, their hookup turned into several years of a healthy relationship.

According to Bustle, broadcasters pointed out their gushy relationship when asked to comment on the show’s success rate.

Gemma first met James at the couple selection segment – to which she admits James was the fairest nude of them all.

Following their season, the reality stars are still together and are considering marriage reported The Sun.

No one can forget Wes andLeah’s instant attraction, easily notable in their smiles and glimmering eye contact – when they first met at the jungle in season nine.

Leah admitted to not confiding in Wes about her jungle love idea but told viewers she saw one coming. Eventually, their mutual desire to hook up gave viewers the impression that there was hope for love in the show despite unfavorable conditions.

Matt and Brooke Wright prove the show can be for married couples.

What about testing the true depths of love by bringing in a married couple to do the show? Season 10 did just that by bringing in husband and wife, Matt and Brooke Wright.

The disappointing part, however, is that they did not get placed together. The good news is that spending plenty of time with a naked stranger did not negatively impact their marriage.

Do People Have Sex on Naked and Afraid?

Even if you aren’t a regular viewer of the series, you probably have a burning question in your mind after reading the show’s premise (or just the title): Do the contestants hook up? Here’s what we know.

Isolated from the rest of the world for 21 days, sometimes even sharing body heat, most Afraid contestants must crave companionship.

Apart from that, there is often a sense of sexual tension between the various couples. After all, you’d think that constantly-naked people and more than 122 boy-girl couples equals intimacy, right?

Sex, like food, water, and shelter, could be considered a basic need for some of. But does anyone actually hook up either on-camera or behind-the-scenes?

It should be noted that no episode has ever featured two contestants having sex. Channels are required to censor nudity, so this should be obvious. Therefore, it is extremely unlikely that such a show would air intimate moments between two people.

Maybe this is what Naked and Afraid of Love was made for instead? After all, some sexy hookups did indeed happen on the spin-off.

Do you mean that the contestants do hook up, but we never see it on the screen?

No, as it turns out. There is a good reason why most of the show’s contestants denied taking part in sexual activities during its filming.

It’s certainly a compelling argument if you consider the danger they’re facing in merely surviving. Hall’s views were echoed by fellow participants Alyssa Ballestero and Stacey Lee Osorio. Ballestero said, “The answer is no. That’s not what happens out there. Everyone is dirty and tired; it doesn’t happen.” “You have no libido out there at all. It’s really not a sexual experience,” Osorio explained.

Hall also noted that he had not experienced any hookups. However, he commented that other participants might be getting it on. Tawny Lynn, who appeared on one of the show’s earlier seasons, said, “Within the ‘Naked and Afraid’ survivalist group, there are rumors about it. I can’t confirm or deny that it does or it doesn’t happen… In my experience, it didn’t.”

Since the former participants’ statements are similarly ambiguous, the producers have likely instructed those involved to keep the topic a mystery.

For a reality show to keep the audience interested, rumors are essential. There is no way to confirm it explicitly, but it seems unlikely that people on ‘Naked and Afraid’ have sex with each other.

In the wilderness, participants face grueling conditions and stern challenges, and hygiene and safety concerns reduce the chances of hookups between them.

If Naked and Afraid is meant to test one’s primitive survival skills or to help a stranger find love, one thing is sure: even a deadly snake or getting too many bug bites cannot stop a love connection!

Interested in participating in the show? Here is how you can apply.