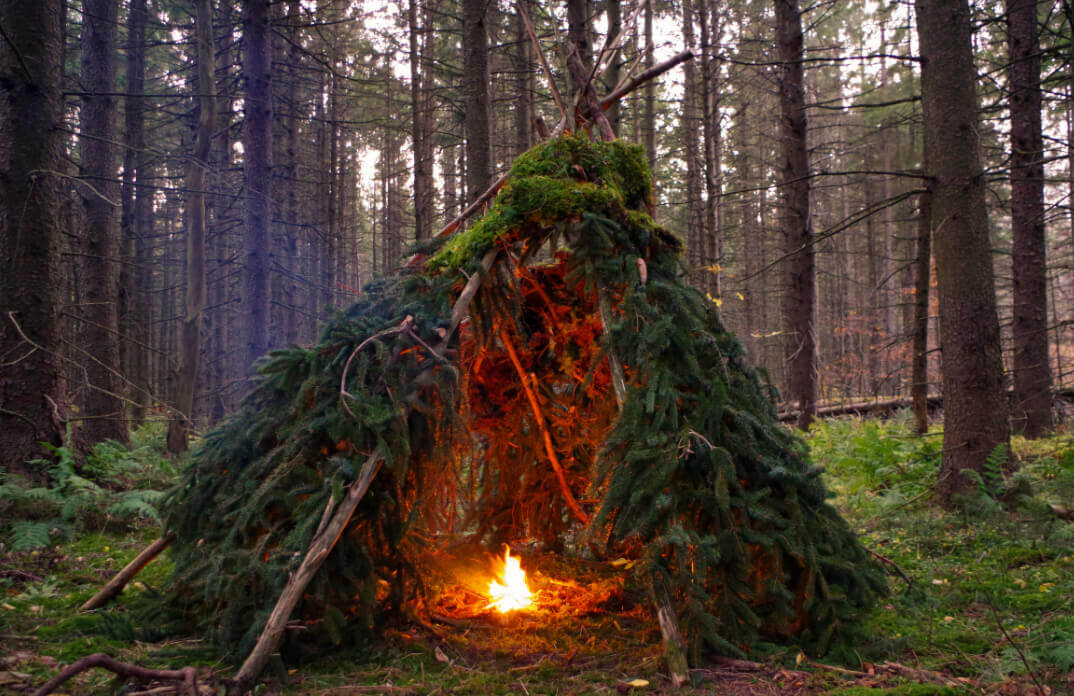 At first glance, Discovery Channel’s Naked and Afraid can come off as a gimmick. Similar to reality shows that came before it, like Survivor, fans see a bunch of strangers dropped into the wilderness and take a shot at surviving – however, on Naked and Afraid, participants are naked.

But when you watch an episode of Naked and Afraid, you would quickly realize that being naked is just the first of the participant’s problems. As the show progresses, its harsh conditions might arguably surpass those of its predecessors.

Enter the reality tv series, and you would see that for yourself, but before you contemplate joining the show, here’s a few things that happen on Naked and Afraid that you’d probably need to be prepared for – to survive the survival challenge.

But first, a recap on what Naked and Afraid is

On Naked and Afraid, one man and one woman are paired to tackle some of the world’s most dangerous environments with absolutely no clothing for 21 days. The survival partners battle hostile climates, encounter wild animals, and forage for food and water. It seems like an American reality tv dream!

The show upscales its torture with Naked and Afraid XL, which sees a male-female duo battle the elements for 40 days. The show, which has aired for twelve seasons, is a true test to its survival community -considering that contestants receive no cash prize and just the honor of knowing they completed the extreme survival challenge.

Naked and Afraid’s favorite survivalists have been open about their gruesome ordeal in the show, with their experiences being the basis of how to survive Naked and Afraid.

Each male and female duo comes to the extreme environment with nothing but one survival tool. Participants use tools to start a fire for cooking, cloth themselves (like how underrated improviser Joshua used duck tape to make underwear), or hunt for food – so ensure you make the right choice.

It is not feasible to expect contestants to build an indestructible shelter that can withstand gale-force winds and keep water out. “Make do with what you have and build a perimeter that lets predators know you have your territory,” contestant Jake Nodar noted in an interview with GQ.

While producers are out in their base camp, and as it gets dark at night, you would want the reassurance that throughout the 21-day survival challenge, you are protected against attacks by night predators.

What all-female contestants should know

Many viewers of the show can attest to wondering what happens to female contestants needing to deal with certain hygiene issues while out in the wild. It turns out producers supply female contestants with tampons and other hygiene supplies.

During an interview with Refinery 29, Stacey Lee Osorio disclosed, “Yea, you pretty much just wear a tampon and try to be as discrete [sic] as possible. It’s pretty uncomfortable and gross, but at least we get that one luxury. Thanks, Naked and Afraid.”

According to The Talko, a former female contestant also revealed that they had access to basic amenities like vitamins.

A convenience like a bottle of water is nonexistent in the wilderness. With past contestants having tapped out due to water-related illnesses and dehydration, it’s no wonder the reality television series emphasizes the importance of a clean water source.

As seen in previous episodes, some Naked and Afraid contestants have been lucky enough to be placed in an abundant resource location and find plenty of water. In contrast, for contestants like Naked and Afraid XL participant Jake Nodar, his water supply was a very little mudhole, filled with dirty water, which needed vigorous boiling.

If placed where water is scarce, Steven Lee Hall Jr., who was in the African wilderness, told GQ that following an old riverbed would lead to a water source.

If you are out in perhaps hot lands and finding a source of water takes a while, then you might want to get plenty of shade as often as possible to compensate for the loss of water.

Can you be a vegetarian on the show?

A survival expert would know that protein is a vital nutrient needed to last 21 days out in any risk location. With that being said, fans might think meat-eaters would be the best choice to withstand the show. However, vegetarians can do well, too, provided they find a plant-based protein source.

If a vegetarian contestant does not locate a plant-based source of protein, it could turn into a major issue.

Bring along tons of self-confidence

Bringing along tons of self-confidence is easier said than done, but when you are buck naked for your Naked and Afraid partner, crew, and the world to see, insecurities can begin to play tricks with your mind.

During an interview with People, Stacey Osorio said, “Oh, God. I have tons of self-esteem issues. I have small breasts; I have really bad stretch marks from my pregnancies. I have a mutilated foot from a lawnmower accident, and I’m missing a couple of toes. And my hair was out of control out there! Yeah, you don’t want people to see the stuff that you try to hide under your clothes. I had to remind myself that I’m beautiful because the people in my life think I’m beautiful.”

Be a strong team player

Steering away from conflict situations is your best bet to remaining focused on Naked and Afraid. Having ongoing fallouts with a fellow survivalist can be detrimental to your stay in any remote location.

Though you can not choose a fellow survivalist on the show, like Joe, you can opt to be a strong team player and make the best of any conflict situation.

Joe was a downright positive person and used his laid-back personality and lack of enthusiasm to engage in arguments to take him through the entire season. In the tough environments that Naked and Afraid producers expose participants to, the last thing they would want is to tap out because of constant bickering.

Season twelve participant Luke McLaughlin told MLive that staying out of direct sunlight is extremely important. “Getting sunburnt where ‘the sun doesn’t shine isn’t fun, he recalled from his stay in the Namibian desert.

The innovative survivalist suggested ideally working in the morning and evening to avoid sunburn. For a natural sunscreen, McLaughlin suggests using mud or clay as a pre sun protectant. Use aloe vera or prickly pear cactus to treat sunburn.

With a show that leaves participants to go days without food and exposes survivalists to the danger from wildlife and tough conditions – we are relieved to let you know that the show does provide medical assistance.

Throughout the entire time in the wilderness, participants have access to a medical team who camp together with the show’s producers, readily available to offer assistance.

Although the show makes fans believe contestants are left dry when in need of medical assistance, previous contestants have revealed otherwise.

One such example is from Kim Shelton, who suffered from severe food poisoning after eating a turtle. She revealed that medics gave her two intravenous drips of saline behind the scenes to rehydrate her while producers provided her with bread, rice, and baby food for strength.

Assistance stems all the way to help with mental health issues. A report by Reality Blurred reminded fans that Naked and Afraid XL contestant Ryan Eacret received mental health intervention when producers and medics removed Ryan Eacret because of depression. So don’t fret. The show won’t be leaving you alone to die.

In the brutal environments of remote locations, true survivors have shown that contestants need more than just great tools, an abundance of food, and the ability to outsmart dangerous animals. Success lies within your mental toughness, explained contestant Melisa Miller. Otherwise, If you are not the type to survive even minutes naked, maybe just don’t opt to take your clothes off and camp in the wilderness for an entire 21 or even 60 days!