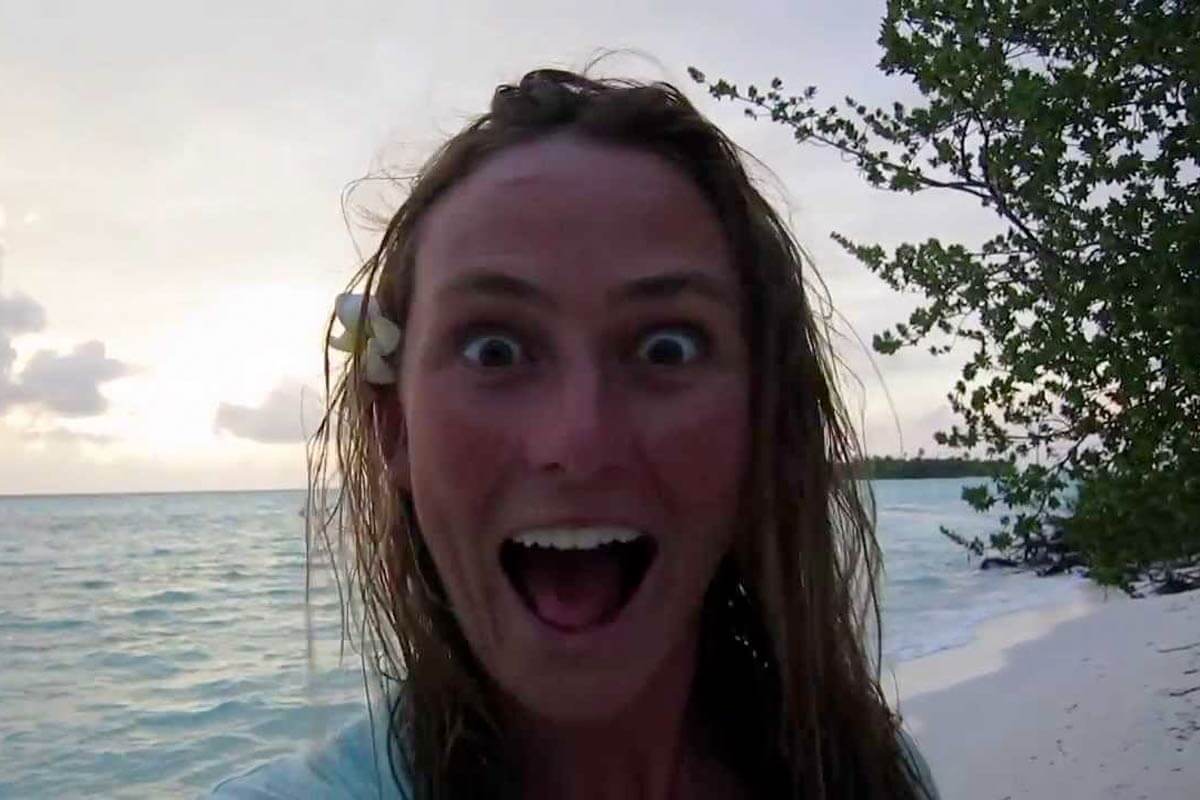 Over the years, tens of contestants have come and gone on Discovery Channel’s Naked and Afraid. Not everyone leaves a mark, but the few who do are totally unforgettable.

Alison Teal, from the 2013-2014 season, is one such contestant. Her beauty, grit, talent, humor, creativity, and ambition made her extremely likeable to the millions of Naked and Afraid fans worldwide.

She not only won the competition; she also left the show with a primitive survival rating (PSR) of 8.3, the highest of the season, and close to the top candidates on our list.

With a contestant so easy to root for, fans are naturally wondering just what happened to Alison Teal on Naked and Afraid after winning and leaving the show?

Well, the beauty has been up to a lot. Read on for all the juicy deets.

Who Is Alison Teal on Naked and Afraid?

When most people were slogging away in elementary and high school, Alison spent her formative years exploring the World, scaling the mountains in Nepal to surfing the highest peaks she could find.

These days, Teal leverages her attractive personality and survival skills and is a popular TED speaker, author, filmmaker, and successful social media influencer. The Naked and Afraid contestant has a massive following with more than 80K fans on Instagram and over 1.5 million on Tik Tok.

She is the author of Alison’s Adventures: Your Passport to the World (2020), a book detailing her adventurous non-conventional lifestyle. Alison has also produced a series of autobiographical short films to add to her flowery resume.

Alison’s childhood and upbringing prepared her for everything she has achieved today. This ”wild child” as she likes to refer to herself, was born in a log cabin in the Rocky Mountains, Colorado.

Later, she and her family relocated to a remote region in Hawaii, where she spent most of her childhood.

With an international yogi for a mum and a National Geographic photographer for a dad, Alison was set for a lifetime of adventure few kids would ever dream of. She spent her childhood weaving palm fronds, exploring jungles, and learning to fish.

Alison Teal On Using Her Fame For Good

Unsurprisingly, Teal jumped at the opportunity to star on Discovery Channel’s Naked and Afraid reality television series with her incredible ability to survive in remote regions.

In the 2013-2014 season, Teal and a male contestant are left in the Maldives completely nude on national television. They are also hungry, shelterless, and left to fend for themselves for the next 21 days.

The skills she acquired in her childhood and growing up in an adventurous household came in handy, helping Teal emerge victorious with the season’s highest primitive survival rating marks.

While she savored the fame from the Discovery Channel series and all the opportunities it brought her way, the extreme plastic pollution she saw in the Maldives disturbed her.

There was so much plastic thrown in the Maldivian waters that Teal and her male partner on the show made a raft out of plastic bottles, ultimately leading them to win the challenge.

Speaking to the media about her concern about the plastic problem on the island, Alison said, “You don’t have anything, so the first thing you do is look for what you can use.”‘

She added, “One man’s trash is another woman’s bikini,” referring to her experience using the washed-up plastic to make primitive survival tools.

“The more I used the plastic for survival, the more I realized the island was covered in plastic pollution from different parts of the world.”

In her usual way, the ex-Naked and Afraid participant opted to use her newfound fame for a worthwhile cause– to improve plastic conditions in the Maldives.

Alison partnered with photographers/videographers Mark Tipple and Sarah Lee to capture powerful images and videos of the trash problem in the Maldives.

In one of these compelling images, the survival expert is seen paddling her iconic pink surfboard in waters choking with plastic waste. You can also see her walking around Trash Island, a well-known landfill packed with waste.

Teal makes it clear that the people of Maldives are not entirely responsible. The trash in the water also comes from other parts of the World.

“I am not saying Maldivians are to blame. They just don’t have water to drink nor desalination companies. They are given plastic bottles and that is what they use.”

Not one to claim that she has all the answers to the problem of plastic pollution, Alison says she seeks to offer simple solutions such as recycling plastic bottles to reduce the sheer number thrown into the ocean.

Alison and her small team produced a docuseries detailing the plastic problem with the hope of generating long-lasting solutions to this widespread and complex international issue.

As she put it, “I don’t have all the answers. All I want to do is use the platform I have to say, “We have these issues, islands covered in trash, so what can we all do about it for the future generations?.”

What Is Alison Teal Up To These Days?

Alison is one of the few contestants leveraging her fame for good. Her main life goal is raising awareness of plastic pollution and mobilizing for realistic solutions.

According to her social media profiles, she is doing a lot of speaking on international platforms and creating travel-based content and adventure guides aimed at bringing attention to off-the-beaten-path communities around the World.

Her latest project, Alison’s Adventures, constitutes a book published by Ripleys, a film, and a TV series. In each episode of the adventure series, Alison travels to a different community accompanied by a local guide.

She documents her travels, offering viewers a first-hand look into the community’s social life, sustainability, and peculiar survival skills.

With her zeal for life and survival experience, she explores communities’ legends, myths, and stories. The goal is to use humor and entertainment to inspire her viewers into action, especially as it pertains to environmental sustainability and conservation.