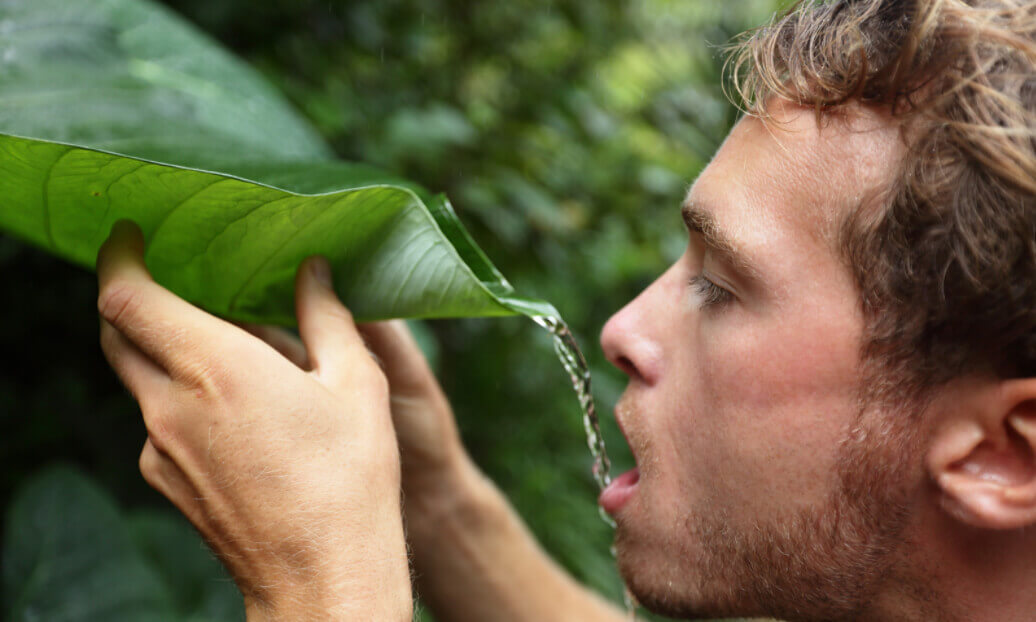 Naked and Afraid is one of the most captivating reality television shows ever. The format is that one man and woman will survive on a deserted location purely based on their instincts without shelter, food, clothes, or any necessity.

This Discovery Channel show is ideal for people who are tired of watching over-indulgent rich people living in their bubble. We are looking at you, Kardashians!

The best thing about this series is that it’s for commoners who have some impressive survival skills, which means if you can stay alive in the wild for three weeks, you can be on the show too.

The casting of the show is not like any other vetting process. The casting directors are incredibly picky as they receive thousands of applications only to narrow it down to two participants.

The network doesn’t want weak survivalists who need to be trained; they want people who have all the training to survive 21 days.

This means if you want to participate, you need to get yourself trained.

The most sought-after skills in the series are the ability to start a fire in more than one way, sourcing water, the will to forage for food, and adequate knowledge of building a shelter.

Having good knowledge of these skills doesn’t guarantee you’ll be picked, but not knowing even one of them will be a guaranteed reason for your rejection.

The show is unambiguous in regards to what kind of people they are looking for:

“Are you an expert at primitive survival skills? Could you start a fire by friction? Hunt without a rifle? If you have the skills & mental toughness to survive what may be the most harrowing 21 days of your life, now is your chance to prove it.”

It is a well-known fact that casting heads of the show scout every ex-military group to find one suitable contestant every year. This is the level of survivalists they usually look for, as EJ Snyder can certainly attest to.

If your dream is to be on Discovery Channel’s highest-rated show, start taking swimming lessons and combat training along with the rest of the mentioned skills.

Another thing that the producers of the show look for is people with strong mental fortitude; they believe it’s not always about physical strength.

If you have ever overcome a challenge in your life with sheer analytical abilities, then it can also brighten your chance of getting the gig.

The casting director wants people with some amazing survival stories. Even if you don’t have all the listed skills, a good story might help them decide in your favor.

Discovery Channel firstly put out the casting call on their website. They have a clear eligibility criteria section which you must go through.

It’s pretty basic as they want contestants no less than the age of 21, and they shouldn’t be a “candidate for public office.”

One of the best things about Naked and Afraid is that anyone can take part in it. The show is not only for US residents. If you have the skills, everything else will be arranged.

One thing to keep in mind is that no survival training is provided before the show. Contestants have to be ready to jump on the chosen location.

No producer or network would invest in a weak survivalist or afraid survivalist.

Casting forms are one of the most crucial parts of the participant selection process. The answers to the written questions can tell a lot about a participant even before meeting them.

There are various questions in the form. Some are as basic as age, height, nationality, while others are there to assess you on a surface level.

Answering these three questions well is very important as the answers should be relevant to the format and not the same as other contestants.

The creative directors on the reality show especially look for people who are different than the rest as no one watches it for participants with dull personalities.

Before submission, aspiring survivalists are asked to upload a video as an introduction of themselves. The more creatively they will utilize this opportunity, the more bright their chance will be.

They can introduce themselves and then tell some harrowing stories of survival that will compel the production team to interview them, or they can showcase their plethora of skills which will be enough to impress the channel.

When a casting director is satisfied with a potential participant’s profile, then from the pool of thousands of candidates, they decide to give him a chance to go to LA and meet the executive producers.

After the first interview, the actual assessment begins with various personality tests to judge shortlisted contestants’ mental strength. Some tasks are also given to assessing the physical strength.

The personality test even helps producers pick your partner, and the skills will influence the chosen remote location.

The show creators want to give survivalists the best chance; they prefer to send them to a location where their potential will be utilized to maximum capacity.

Now is the time when the production staff tries to scare, intimidate and manipulate the shortlisted contestants to see if they have what it takes to be on a survival reality show.

When all the tests are cleared, the final two contestants are chosen. Based on their skills and answers, they are given a PSR (Primitive Survival Rating).

Made for the audience, they are indicative of participants’ survival chances. That way, viewers already know if someone is capable of completing 21 days in the wilderness or not. It is vital to score a good rating. If you perform well, the rating will increase as the show progresses.

Even people with low Primitive survival skill ratings have gone on to do great through their conviction and have ended with a good score.

After the two contestants are chosen, the leading producer meets them and preps them about everything.

The contestants are even tested medically beforehand to know that they don’t have any underlying health condition. If they do, then they are deemed ineligible to be on the show.

The creators of Naked and Afraid make participants sign a bunch of documents that primarily states that no one else is responsible for what happens on the show except for the contestant. They also give full consent to agree with the subjective decisions and elimination decisions of the network.

To make the experience more real for survivors, the location is kept hidden from them till they get on the plane. They can only guess if it would be an island in Costa Rica or a jungle in Panama.

The production team does not play around when it comes to giving respect to confidentiality.

After a grueling casting process, the producer and network decide to give the candidate a choice to bring that one item they think will come in handy in all kinds of sticky situations.

The most common item that every participant wants to bring is the fire starter. When two contestants choose this exact item, the network asks one of them to change it.

In the early season, they were a stickler for one item rule as the show is about surviving based on skills with no outside help, but now some contestants have reported that they are allowed to bring even four items.

These items again serve as a tool to assess survivalists’ personalities. This item cannot be of sentimental value. It should only be practical enough to assist in some tasks.

While there is nothing more practical than a fire starter, the casting director Kristi Russells said she’ll appreciate it if contestants could bring more creative items. She is the president of Metal Flowers Media and is responsible for finding the most elite survivalists.

“The candidates are at first very excited about all these crazy ways they can take their survival item. However, when it comes down to it, they say, “I want my fire-starter.” They want to be 100% sure that their item is all about practicality and less about the show.”

These unique items can equally be as valuable as a fire starter, if not more. Just like one contestant called Joshua brought a blue duct tape which he smartly used on multiple occasions, another contestant named Honora Bowen brought along her magnifying glass, which helped her see deeper into water.

Chance to be on more seasons

Once a contestant is on the location, the only scripted part is their meeting with the other survivalist. After that bit is shot, the rest of the show is as real as it gets. The production crew is not even allowed to help the contestants even if they are about to encounter a deadly animal.

This is the biggest threat that many people forget about, and because the animals are roaming freely, it’s nearly impossible to sleep at night.

Although they are given an emergency radio by the producer and network to use if something unfortunate happens, worry-free shuteye is hard to come by.

The participants are allowed to quit the show at any point if they think it is getting too harsh for them.

They can even go on their own and finish the journey if the partner is not much of a help.

Suppose a survivalist successfully defeats bug bites, deadly reptiles, hostile climate, and food poisoning from eating all kinds of disgusting stuff. In that case, all they get is the audience’s respect and admiration, no final big prize.

Elite survivalists do this for the love of nature and not to win something materialistic.

Survivalists’ journey in the first season can open more avenues for them to participate after the show ends.

Discovery is building a whole survival reality show universe, so if participants complete the challenge on their first season, they automatically qualify to be on the Naked And Afraid XL.

A great example is Michael “Mountain Mike” Dietrich, who thrived during a 21 day challenge in the Columbian jungle, and then went on to participate in Naked and Afraid of Love.

Naked and Afraid XL is ideal for those survival junkies who can’t get enough of being in nature after leaving the concrete jungle behind, while Naked and Afraid of Love takes a closer look at dating, without soap, toothpaste or deodorant.

Many television networks have tried, but there is a reason why no other reality show has measured up to the success of this one.