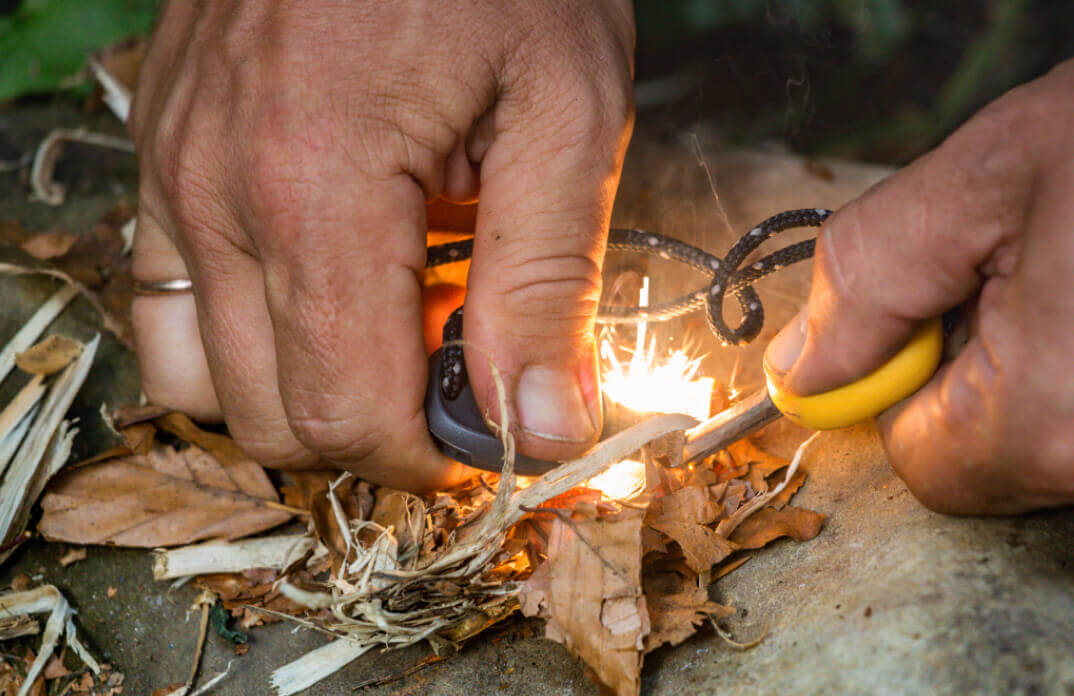 There is something about every reality show that keeps the viewer coming back for more.

Whether it is feeling part of a success story, the thrill of joining in an adventure, or intruding in a person’s most private or sometimes embarrassing moments, many people will abandon an activity for a good reality show.

The hook on Discovery Channels Naked and Afraid is watching two naked strangers battle extreme environments with no clothing and plenty of awkward moments.

Contestants from the reality show’s twelve seasons have ventured through the dense Colombian Rainforest, the unforgiving heat of the Brazilian Savannah, and a deserted island in the Pacific Ocean – each episode presents thrilling hazards and hardships.

Are you up for it? This is how you can apply for the show.

Although, in most cases, the entire season is bound to keep viewers at the edge of their seats, there are just some episodes that leave a more memorable mark in our minds. Here is a list of viewers’ favorite episodes.

This episode lives up to its title, plopping two immensely afraid survivalists in an uncandid environment. Complete strangers Laura Zerra and Steven Hall are left to survive in a frozen Alaskan glacier, 7000 miles South. The most chilling bits of this episode are watching the two battle frostbite and hypothermia.

Naked and Afraid’s ‘In Too Deep’ reminds viewers that the show is not a typical overdramatized reality show, where terrified-sounding narrators begin the show with thrilling intros only for their words to follow underwhelming action.

In this episode, terror is real. An army veteran divemaster and a Navy seal try and navigate a 20-mile open ocean that contains one of the largest populations of sharks on the planet.

A scare of one survivalist developing severe hypothermia keeps viewers glued to their screens. In addition to all that torture, the two survivalists take on relentless thunderstorms and battle dehydration.

Being buck naked for one stranger to see is uncomfortable. However, being buck naked in front of three other people should be excruciatingly awkward.

In this episode elite survivalists, Matt Wright (who even found love and got hurt on the show) and Gary Golding are tasked to protect novice survivalists and their super-fans attorney Molly Jansen and dog sledder Blair Braverman. The two pairs of strangers begin the show as separate teams for ten days, then merge with a mortifying naked introduction on Day 11.

With instincts, survival skills, and intestinal fortitude, they conquer extreme survival challenges and defend themselves against spitting cobras, territorial elephants, and a violent last-minute storm in South Africa’s Limpopo Basin.

Unfortunately, not all contestants complete the challenge. Blair taps out on day 14.

Unlike every other Naked and Afraid season where complete strangers, are put together to survive 21 days naked, contestants featured in this episode shared age-old bonds; they could almost predict each other’s behavior.

In an unmatched Naked and Afraid challenge, identical twin sisters Amber and Serena and brothers Warren and Thomas are dropped in the African Savannah.

They take on Rhinos, Hyenas, and a territorial leopard that stalks their camp, and on several occasions, prevents them from hunting.

This was the most unlikely pairings we had ever seen in the show’s history, but the primal survival skills each had to offer made it worth the watch.

In true Naked and Afraid style, Ecuador’s jungles gave a humble serving of violent storms, humidity, and red-bellied piranha. A lack of food and desperation lead to a risky night hunt in caiman-filled waters.

To top off the “unlikely” aspects of this particular episode, on the 20th day, the two survivalists were offered to join Naked and Afraid XL or complete the challenge.

Chance courageously took on the opportunity to join the Naked and Afraid XL cast, while Melissa victoriously completed her 21-day challenge.

It is far too easy to take the clothes we have on our back for granted, but when a swamp of mosquitoes appears from nowhere to attack you, best believe you would remember how clothes can shield you from bites.

This is probably how the two survivalists in this episode felt when they had to battle the Amazon’s mosquitoes. Apart from the mosquitoes, piranhas and jaguars posed a threat.

It is an interesting watch seeing how the two survivalists took on probably the most hostile environment on the planet without modern conveniences or clothing.

At some point in this episode, former fan survivalist Gabriella and pair Brian must have questioned their reason for being on the show.

After a couple of days of foraging in the Mississippi swamps, blistering their hands and feet in the process, the pair had to endure a week-long thunderstorm. Not forgetting that they battled deadly snakes, nocturnal predators, and unrelenting mosquitoes.

If you have watched a couple of Naked and Afraid episodes, then you know that contestants are constantly passing out, ducking from wild animals, or downright uncomfortable by the sight of nude people.

Naked and Afraid’s ‘Beware The Bayou’ gave viewers all of this and more. Fans might even argue that the pair featured on this episode had it harder than any who has ever set foot in the show’s wilderness.

Billy Berger and star survivalist Ky Furneaux were pushed to their limit as they had to survive 21 days in the unforgiving Louisiana swamp.

Before you knew it, the pair were washed out of their shelter and were battling deadly snakes, blood-thirsty piranhas, and aggressive pumas, while having to keep in mind that alligators habited the swamps. If that is not over the top, we don’t know what is.

King of the Forest Season 6 – Episode 1

When left stranded in the wilderness with no food or no water and only one valuable item, mental strength is probably all that is left to carry you throughout the entire 21 days.

Recalling events of his stay in the wilds of Alabama, Steven Junior Hall told Amarillo, that his biggest challenge was keeping his mind at bay. “The lows are low, and the highs are high. If you’re not right in the head and start to doubt yourself, start thinking about home and real food and not have your head in the game – that’s what breaks people down.” Steven said.

The survivor was paired with outdoor Mormon enthusiast Chalese Meyer. They were left to confront timber rattlesnakes, rednecks, coyotes, and spiders.

With nothing but one survival item, a triple animal attack survivor and an expert hunter endure the plains of Mozambique.

Brooke Wright, wife of elite Naked and Afraid contestant Matt Wright is teamed up with Dylan Williams, who’s no stranger to the gruesome forces of the wilderness. Unfortunately, Dylan taps out early in the journey to bad water, and Brooke is left to complete the challenge alone.

Going on Discover’s Naked and Afraid as a contestant is truly an adventure, but watching it from the comfort of your home, especially for those who couldn’t imagine tackling the survivalists’ journey, might be even better.