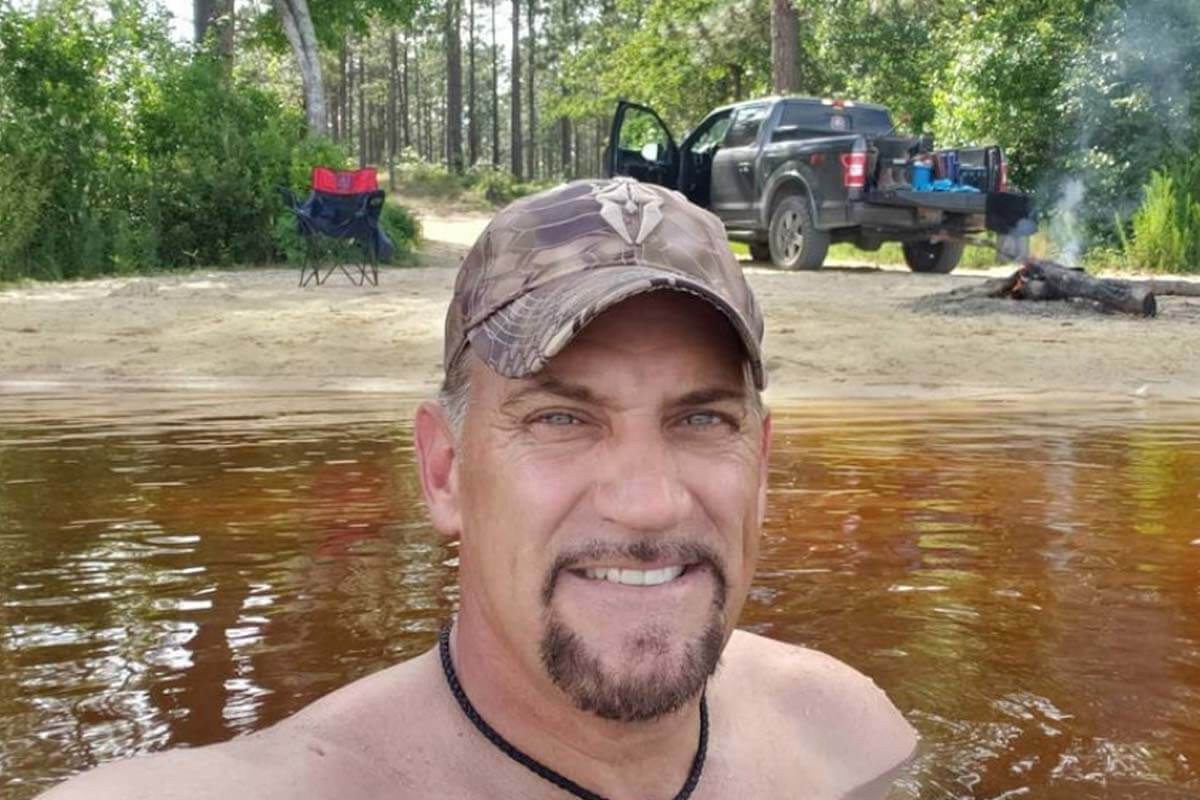 What would you take with you if you were stranded in the middle of nowhere and could only bring one thing with you? You may want to reconsider if your answer was anything other than E.J. Snyder, the Godfather of Naked and Afraid.

He’s an extreme survivalist who teaches the skills and has proven that they work. Let’s find out more about one of the most well-known survivalists in the world.

How old is E.J. from Naked and Afraid?

E.J. Snyder was born on December 3, 1965, in Englewood, New Jersey. At the moment of this writing, that makes him 56 years old.

E.J. Snyder: Where is he from?

Errol James “E.J.” Snyder Jr. was raised in a tough neighborhood with a large Italian population in North Jersey, just outside New York City. After his parents divorced when he was still very young, his mother worked three jobs to raise him and his brother.

E.J. resides in Fayetteville, North Carolina, with his longtime girlfriend turned wife Amy and their kids, Tyler and Cassidy. The family enjoys spending time outdoors together, participating in physical activities, and supporting E.J. in his many endeavors.

E.J. Snyder and his Career in the Military

After attending three different high schools in his youth, E.J. decided to join the armed forces at 19. He was up for some adventure and needed to figure out what he wanted to do and, simultaneously, make some money for college.

He seemed to excel on the military career path and made the ranks of sergeant major ahead of schedule. E.J. continued his military service for another 25 years, serving Ranger positions in Airborne and Infantry units. He saw deployments during the Gulf War and Operation Iraqi Freedom in 2004, making him a decorated combat veteran.

How did E.J. Snyder get his nickname “Skullcrusher”?

While in the Army, E.J. was known as an athlete and fighter, rising through the ranks to become a Ranger Instructor, Survival & Tracking Instructor, and Drill Sergeant, earning him the title of “Skullcrusher.” The name stuck with him, helping to elevate his personal brand during his various TV appearances.

How did he get started as a survivalist?

The expert in leadership got a taste for the outdoors at a young age. As a kid, he and his brother would go hunting, trapping, camping, and fishing with his father, who was an avid outdoorsman and hunter. They would hike, get in the water, and ride canoes and rafts.

After receiving his first Survival Training in Ranger School, E.J. fell in love with the idea, so he began a self-study of the skill. As a Ranger Instructor, he attended US Army Survival School (SERE-C) and Tracking Course and became the course’s Primary Instructor.

What did E.J. do after leaving the army?

After retiring at the rank of Sergeant Major/E-9, the affable survivalist continued working for the armed forces as a private contractor, teaching survival skills to future green berets and other soldiers for six years at the US Army SERE School.

In addition, the American Army veteran was trying his hands at acting. He got a few gigs and made it into season 21 of Survivor but was cut at the last minute.

E.J. sees that as his pivotal moment when “the reality world found me.” From then on, the TV star started doing his “survival thing” on several different shows.

What other shows is E.J. from Naked and Afraid on?

Before his breakthrough on the popular Naked and Afraid, E.J. had tryouts and appearances on the following shows and movies:

His most high-profile role before Naked and Afraid was on the Hit TV Series “Lost,” where he acted and did stunt work as “Redfern,” a Freighter Boat Mercenary.

How did E.J. get to be on Naked and Afraid?

After his gig on “72-Hours”, E.J. got a call from the Discovery channel. He had caught a casting director’s eye after his tryout for “Dual Survival.” The network was working on a new and exciting reality format and considered E.J. “the most qualified survivalist they had on the roster.”

He said yes to being part of the show, and together with Kellie Nightline, they set off to film the pilot for Naked and Afraid! The rest is history, as they say.

E.J. recalls: “I was the first man to ever do it. Me and Kellie had our differences but we came together and found it in teamwork to get through it and we made it. We were the first two to ever do it”.

What episodes of Naked and Afraid does E.J. appear on?

What happened to E.J. on “Naked and Afraid Legends 60 Day Challenge?”

A life-threatening injury occurred halfway through when E.J. tore his gentiles while falling off a tree branch. He had to be stitched in the field with NO pain medications to numb it, and he finished the challenge anyway!

E.J. is the Co-Host of a new hit series, “Mountain Masters,” on Inspire Network. He is also working with Mr. Beast You Tube on Video content for the YouTube Channel.

Aside from that, he endorses a few products on his website, including the Skullcrusher and Sidekick knives from TOPS Knives and a dehydrated food and water bottle filter.

Besides being a regular videographer and ‘Edge of Survival’ columnist on Knives Illustrated, he offers survival training, treks, and does motivational speaking.