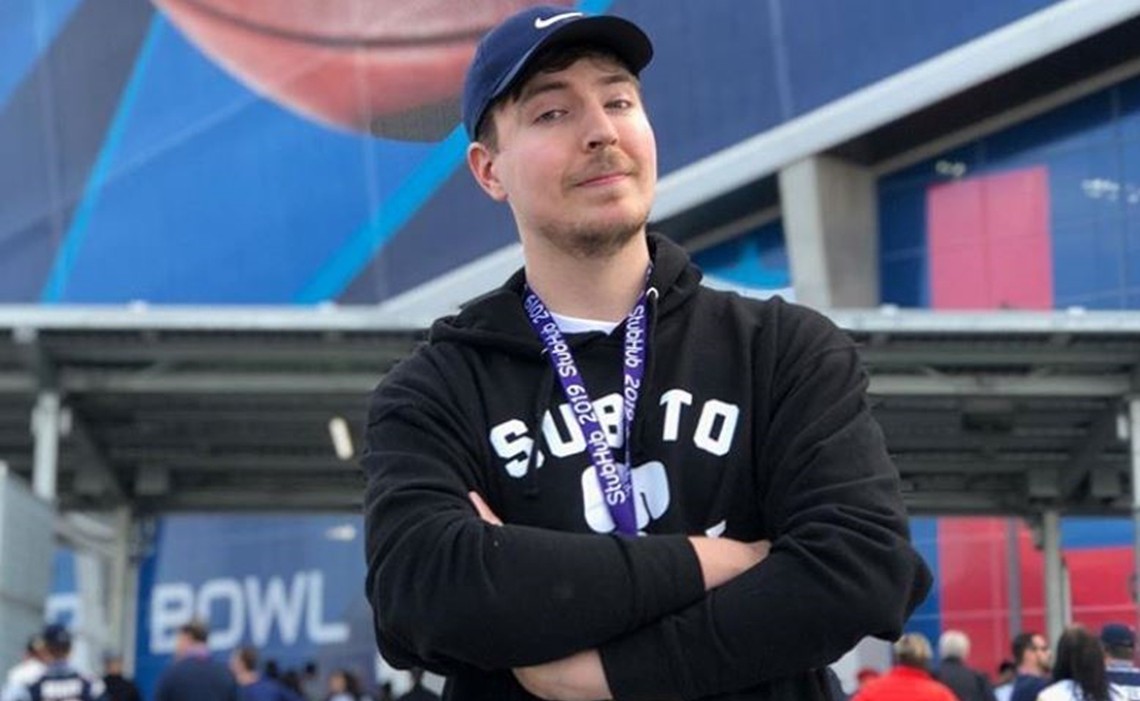 Mr. Beast is no strange name on the YouTube platform. Jimmy Donaldson, the man behind the channel has made a huge name for himself on the platform. At only 21 years old, he has amassed over 40 million subscribers with no previous celebrity status. All his videos go viral crossing over the 20 millionth mark in a matter of days.

There are plenty of reasons the young adult has had a lot of success on YouTube but the number one is the fact that he’s a giver. For the last two years, Jimmy has given over $4million to individuals, charities, families, his friends, and family. This has earned him the title of “YouTube’s Biggest Philanthropist”

His famous video, “I Put 100 Million Orbeez in My Friend’s Backyard,” has 98 million views. Kids and adults alike can’t get enough of that one. Or, the one where he gives his mother $100,000. When you glance at his channel, everything he does seems too good to be real. It is nerve-wracking just to imagine how much money the young adult has in his name.

But where does he get his money though?

Like all other YouTube creators, Donaldson makes most of his money from brand sponsorships. The star actually made a video to answer the question of where most of his money comes from. “If you are curious to know the secret of my success, if you care to ask where my wealth originated from- my folks are not really rich, I just turned 20 years old-I’ve made all my dollars from YouTube. The platform pays much better than most people imagine.” He told The Nerve.

Jimmy went on to explain that when his giveaway videos started going viral, he got the attention of multiple brands. Quidd was the first brand to work with him. The brand gave him $10,000 which he gave away to a homeless guy. That changed his life forever. “I realized that I liked helping people and decided to focus more on giving than doing gaming as I used to before.”

The same app company Quidd gave him the same amount for the second time which he walked around giving to more homeless people. Each random receiver got $1000 from him from the brand sponsorship. Over time, Quidd kept working with the 20-year old to further his cause for doing good to the world.

With every giveaway video, his channel gained even more momentum. The more viral his videos went, the more the brand deals he received from different companies. He has also worked with other brands such as Tik Tok and CSGO Lotto. Mr. Beast’s model of creating content is so unique and selfless and people love being a part of that.

Brand deals might be Jimmy’s biggest source of wealth but he receives huge paychecks from his ad revenue stream as well. Typically, YouTube creators are paid between $2 and $7 for every 1000 views on the platform. The actual number depends on the kind of videos you make. Finance, entertainment, and business are some of the profitable niches on the platform.

When you get monetized, expect anything from 40%-80% of what ad companies pay YouTube to be paid out to you as the content creator. There are other factors in play here including your location, ad inventory, engagement, and device used to play the video but that’s the short of it.

With more than 7 billion views in total, Jimmy makes a lot of money via ads on YouTube. His videos get 8 million views in a single day. Considering that he has amassed 41 million subscribers as of October 1, 2020, Mr. Beast’s income averages $40,000 daily or $15 million annually just from ads only.

Popular YouTube creators also have an advantage in that they can be a part of a program dubbed “Google Preferred.” Here, successful companies specifically target the crème de la crème on the platform to market their services through ads. The rates are higher compared to normal creators. Considering that Mr. Beast channel is among the most popular on the platform, it is safe to say that the star also makes a killing on Google Preferred.

In addition to brand deals and ad revenue, Mr. Beast also has a merch store called “shopmrbeast”. He sells different outfits with his logo on them. These include hoodies, T-shirts, hats, socks, and sweats. As you might have expected, his fans go crazy for every last one of the items. They sell out fast and end up putting a pretty penny on Jimmy’s bank account.

If you’ve been wondering why Mr. Beast has a lot of money, it is because of three things – brand deals, ad revenue, and his merchandise shop. His habit of giving away has earned him the top position as YouTube’s Biggest Philanthropist. From the look of things, he’s just getting started. We can’t wait to see what the future holds for the wealthy star.