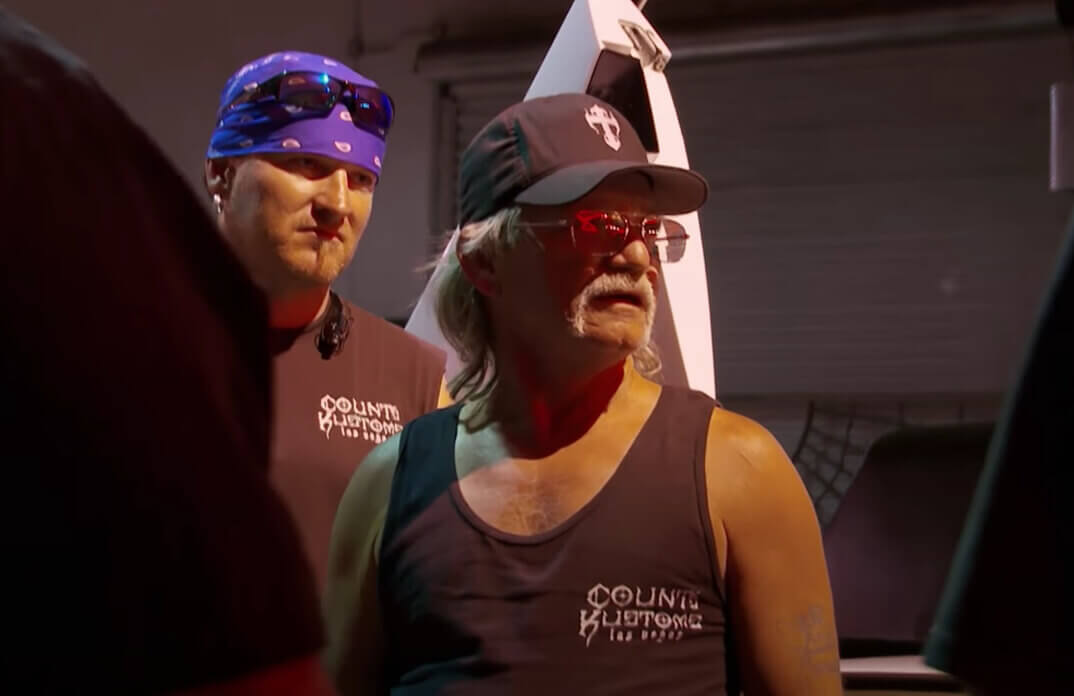 Counting cars is one of History Channel’s most popular programs. The American reality television series revolves around discovering and modifying unique cars that would then sell for great profit. The series is a spinoff of the Pawn Stars, and it has now gained its own following of die-hard car enthusiasts.

The show is set up in an auto shop called “Count’s Kustoms” which Danny Koker owns. Danny was already a famous personality due to his frequent appearances on Pawn Stars as the automobile restoration expert, but this show catapulted him into a bonafide reality TV star.

Celebrities like Ziggy Marley, Cassandra Peterson, and Elvira ( Mistress of the Dark) have dropped by the classic car restoration and customization company to check out the unique selection of vehicles.

Many of them have even got their prized possessions from here.

The series was inspired by another Pawn Stars spinoff show called American Restoration. Initially, the only attraction in the series was that Pawn Stars fans would get to see Danny a lot more, but over time, the workers restored and worked on the cars that stole the limelight.

Reality Television is nothing without some entertaining personalities, and luckily, Counting Cars have a few of them. Without a doubt, the most adored person on the show was Harry Rome Senior, whom Danny has nicknamed Grandpa due to his age.

Since the show began, all these guys have become household names. Many of them have now gone on to venture out independently, but fans still want to see their favorite group of car experts one more time.

Kevin Mack was the right-hand man of Danny Koker’s. On the show, Danny was mostly out looking for classic vehicles and then making the deals to get them. Kevin’s duty as a manager was to make sure things run smoothly at the auto restoration shop. He was updated on everything.

They had a huge number of workers, all with a specific skill set, and it was Kevin who kept everything running on time. The best thing about Mack was he was far from the stereotypical aggressive boss. He had a good rapport with his workers. He even used to cut them some slack and didn’t run to Danny whenever there was a minor inconvenience.

In 2020 when the new season premiered, fans were excited to see their favorite manager, but to their surprise, Kevin was nowhere to be seen. Before the new season aired, Kevin promoted it on his social media profiles, but then he was absent from the show.

Now the fans are still waiting for a new season announcement, but even if it happens, they are wondering if Kevin will be a part of the show or not. There have been no statements released from either side, making the matter more confusing for the audience.

Another cast member who shocked many fans by abruptly leaving the American series was Roli Szabo. Roli was a car detailer, and he seemed like the best one you’d ever meet. He had extensive knowledge about cars and was a prominent member of the cast.

However, in 2019 fans started noticing that he has stopped appearing in the show’s new episodes.

Some curious ones even started questioning him about it on Twitter, they asked if he is on the show, and he replied, “Just on the reruns.”

This confirmed their guess that he had indeed left the show and won’t be back.

Today fans can take a glimpse of his life as a car detailer via his Instagram, where he posts regularly. He still lives in Las Vegas and now operates his own business, which he very aptly named “Rock N Roli Kustom Detailing.”

Because of his fame from the History Channel’s show, he now works on different projects in multiple countries.

People trust his abilities as they have seen it on Counting Cars and offer him lucrative jobs.

When Roli left, he also didn’t give any specific reason, and the audience had no choice but to guess the reason behind his exit.

Some said he was done with being in front of the camera and wanted to go, while others think there was a conflict between him and the network.

In the initial seasons, Scott was the bookkeeper and manager for Count’s Kustom. He was the drama factor in the show. Scott used to always get into arguments with the boss Danny Koker, and he also had a technique different than Kevin to get the job done by workers. He didn’t like anything below perfection and was always pushing employees to give their best.

Jone would dole out punishment when he felt the work was not up to standard. Most of the time, it was pushups or some physical exercise.

Then soon enough, Scott got replaced by Kevin Mack, an old buddy of Danny Koker and had way more charisma than Scott.

Kevin was more tolerant towards staff, and they also seemed to like him much more than their old boss. To this day, the real reason is unknown about why Scott left the show.

Some fans say he was fired by the network, while others also suggest that he got into some legal trouble. The only little explanation viewers got was that Scott moved to Tennessee after her youngest son was born, and then he decided to stay there.

Another familiar face that the audience probably misses the most is Harry Rome Sr.

He was this wise and slightly carefree older man whose antics only added to his charm. Everybody liked him for the kind smile that he had on his face all the time.

Grandpa might have been old, but he was the most confident. He said out loud that he could finish work more quickly than the rest of the workers, even his own son.

His knowledge of classic automobiles was out of this world. Another fun thing about Harry Sr. was he didn’t own any cellphone. He had a pager!

This caused some inconvenience when the manager couldn’t find him, but nobody could get harsh with him as his experience was invaluable.

Although he didn’t have much screen time, the audience thought he lit up the screen whenever he came.

Today, Grandpa is still around, wandering around the shop with his head seemingly in the clouds.