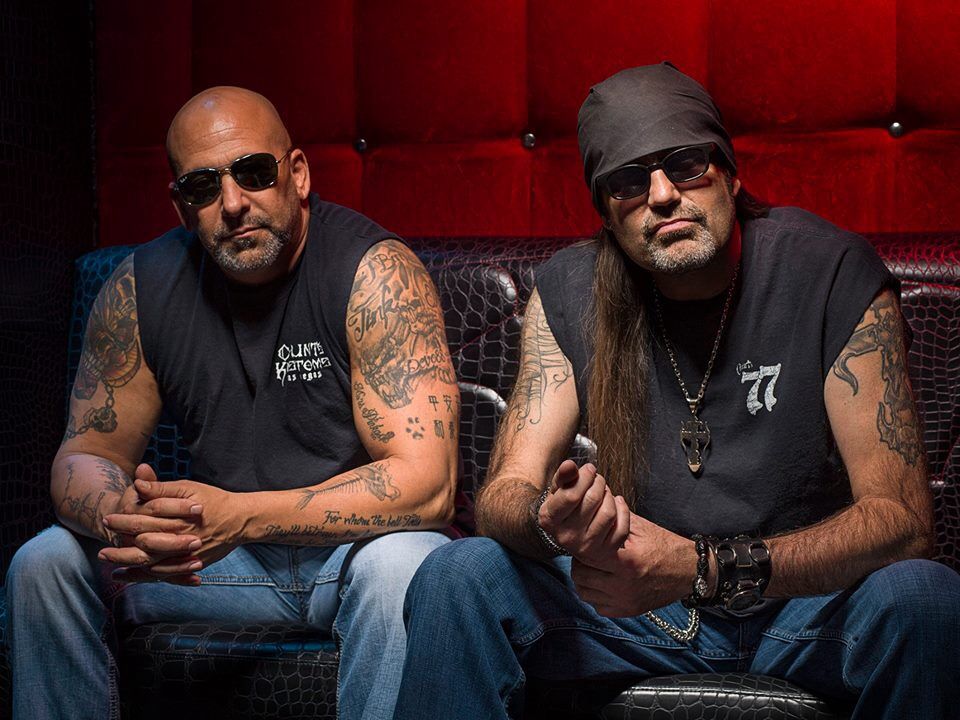 If you are a fan of car flipping TV shows, you must be aware of Counting Cars on the History Channel. The reality show is a spin-off of Pawn Stars, which features the same model of car renovations. It is a funny and entertaining show centered on Count’s Kustoms auto repair shop.

The shop owner, Danny Koker (also known as The Count), runs the shop alongside his best friend and manager, Kevin Mack, who stars on Counting Cars. This is despite the fact that Kevin and his own family has a vast business empire that is doing very well. However, the star just chose to give all that up for car transformations.

Kevin’s absence from the show

While Kevin and Danny have been the main men in Counting Cars episodes, the former seemed to be missing in the episode that aired on 14th October. Before the episode went live, the reality TV guru took to his Twitter account to announce the show’s premiere. He reminded fans to catch up on the premiere while tagging his co-stars on the post.

Despite being happy about the show’s premiere, many fans replied, asking Kevin if he will appear on the show. This is because the star had been missing in action, and fans had taken notice. When you glance at his social media accounts, you get the idea that Kevin is still in the show, but his absence gives a different story.

One fan was point-blank about her concern for Kevin’s being with Counting Cars.

She wrote, “Some peeps on Facebook are claiming that you are not a part of Counting Cars anymore. Confirm that this is not true.”

In reply, Kevin Mack said that he was still around. He called the people that have been claiming he’s no longer with the network “silly peeps.”

Unfortunately, the episode that followed saw Kevin being away from the show again. As is his custom, he went ahead and promoted the new episode via his Twitter account one more time. Unsurprisingly, more fans were curious to know where he had been. Many of them asked the question in a bid to get an answer, but this time their concerns fell on deaf ears.

Neither Kevin nor the network has come out to give the accurate report as to why the leading star has been missing in action for two consecutive episodes. So, no one is clear about why the Count Kustom’s manager is still not on the show at the time of this writing.

In his previous tweet, Kevin promised that he wasn’t going anywhere. That’s what we are left with. We will definitely hold on to the hope that nothing fishy is going on in the network and that Kevin will be back on our screens again.

Many people see the talented car flipper Kevin Mack on Counting Cars, but they know very little about areas of his life. His real name is Kevin Scott Mack. He was born on 23rd July 1959 in Los Angeles and raised right there. The star doesn’t talk about his family too much on the show.

However, what we know is that he comes from a long line of business people. Just before Danny asked him to be his manager, Kevin was busy running his family’s business.

Speaking of Danny, the two had been friends for some time before they went into business together. In the early seasons of Counting Cars, Danny would often seek advice and counsel from Kevin on flipping cars.

After a while, Danny just asked Kevin to join him as his manager. If you’ve watched a few episodes of the show, you must have realized that Kevin is the real man behind care renovations. Danny’s work mostly entails looking for new cars to flip while Kevin is in charge of managing the entire transformation process.

Kevin pretty much helps Danny solve most of his problems. For two decades, their friendship has grown as they worked alongside each other. Apart from managing Counts Kustom’s, Kevin also assists with running Danny’s other businesses, including his tattoo parlor, hard-rock band, etc.

According to TVShowcasts.com, Kevin Mack is worth over $1 million. Most of his income comes from his roles in Counting Cars and managing Danny’s auto-repair shop. The amount he gets from appearing on the show is unknown, but it is safe to say that the star receives huge checks judging by his net worth.

Kevin Mack is a beloved cast member of Counting Cars. Granted, the show would keep being fun and entertaining without him, but it will be missing a prominent member. He’s an essential piece to the Counting Cars puzzle, and we sure hope he will back sooner rather than later.

Roli Szabo is also missing from the show. Here is what happened to him. And if that’s not enough for your hardcore fan heart, here is what’s going on with Scott.