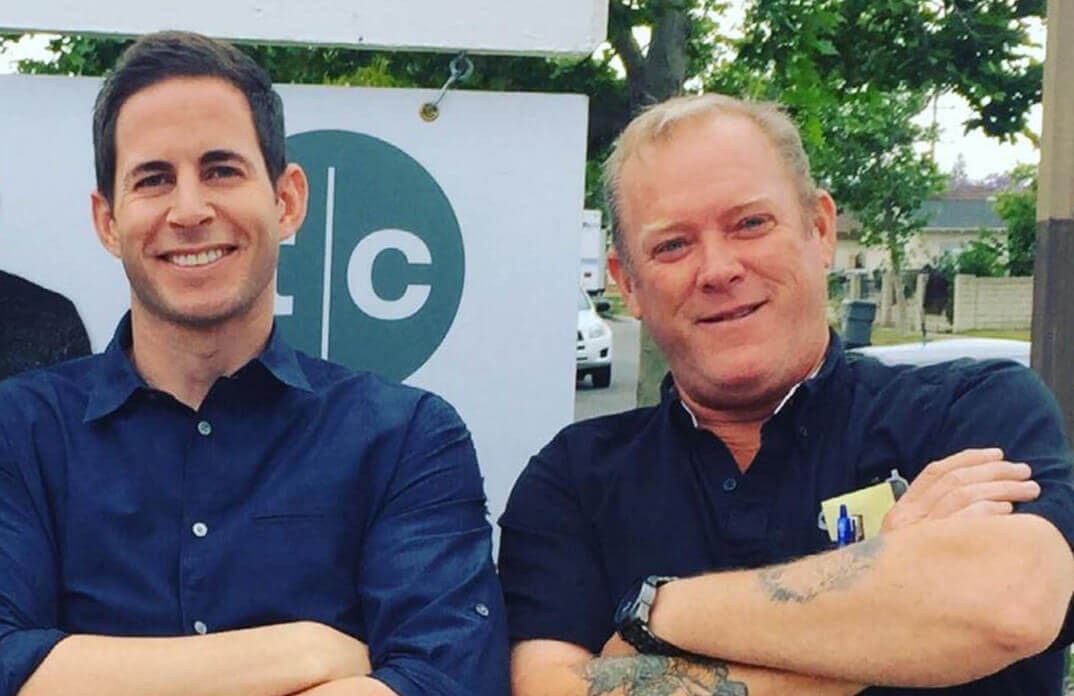 Any fan of the reality tv show Flip or Flop can attest to experiencing sadness with the disappearance of fan-favorite Frank Miller.

Miller was a cast member on the popular HGTV show based on flipping distressed houses. Leading up to his last episode on air, some viewers noticed Frank seemed a little off physique-wise.

Who is Frank Miller?

Fans of the HGTV series Flip or Flop might remember Frank Miller as the show’s frequent contractor, better known to friends as ‘The Tank.’

Frank Miller was experienced in his line of work and featured on several episodes of the show alongside Flip or Flop hosts Tarek El Moussa and Christina El Moussa (now Christina Haack).

While not much is known about the longtime contractor’s family or friends, viewers witnessed a strong friendship form between Frank and Tarek El Moussa, who he first met on the series.

Some people might know that Flip or Flop Frank Miller’s battle with Laryngeal cancer ( a disease in which cancer cells form in the larynx ) started while he was still filming for the series. Miller discussed his cancer diagnosis during a Skype interview on the tv show The Doctors.

Frank revealed during the interview that his voice became scratchy and that Tarek El Moussa, who battled thyroid and testicular cancer (now a cancer survivor), pushed him to get it examined. Test results showed that the contractor had stage 1 Laryngeal cancer, which then progressed to stage 4.

His battle with cancer was long and strenuous. The once upbeat man underwent 60 radiation treatments on his neck and used a tracheotomy tube. According to The Wrap, Frank went from prior treatment from chemo to radiation, and due to the aggressive cancers, he eventually underwent both types of treatments.

Tarek revealed on an Instagram post that a pet scan showed his friend’s cancer was beginning to spread to his brain. Soon, Frank was battling different forms of cancer.

Tarek showed deep support during Frank’s cancer journey. He put the contractor in touch with Lazarex Cancer Foundation, where he took part in clinical trials. Unfortunately, his treatment with the facility was delayed following a bad infection that caused severe pneumonia.

Despite the dreadful course of events and many long hospital days, Tarek revealed the cancer-stricken contractor remained optimistic. He told Tarek that “dying was not an option.” Frank was a fighter and was not prepared to give up his cancer fight easily.

Unfortunately, in November 2017, Frank lost his cancer battle and passed away.

“I have always looked up to you and have respected you as a brother.”

“You have touched not only myself and my family but thousands and thousands around the world,” he continued.

“You have impacted so many lives with the fight inside your heart and soul. I’ve never met anyone like you, nor will I ever. I just love you, love you more than you know! I will NEVER forget you, and I hope to one day be as strong as you. Now… don’t slack!!!! I assume you are already working on remodeling heaven!!!!:):). Miss you, buddy!!!❤️❤️❤️❤️❤️

Estranged husband Tarek, was not the only Flip or Flop star to share a sweet tribute to his beloved friend, ex-wife Christina, who, according to E Online, broke the grim news of his death also penned a heartfelt message.

“Frank, since the day I met you, I had the utmost respect for you. Hardworking and REAL. Always a pleasure to be around and always made me laugh. You fought your hardest!! You are so admired and respected by all who know you. God has a special place for you in Heaven. Love you and miss you.”

Tarek and Christina El Moussa’s late friend’s death not only affected family, close friends, and colleagues but the thousands of fans who were impacted by his role on the hit series.