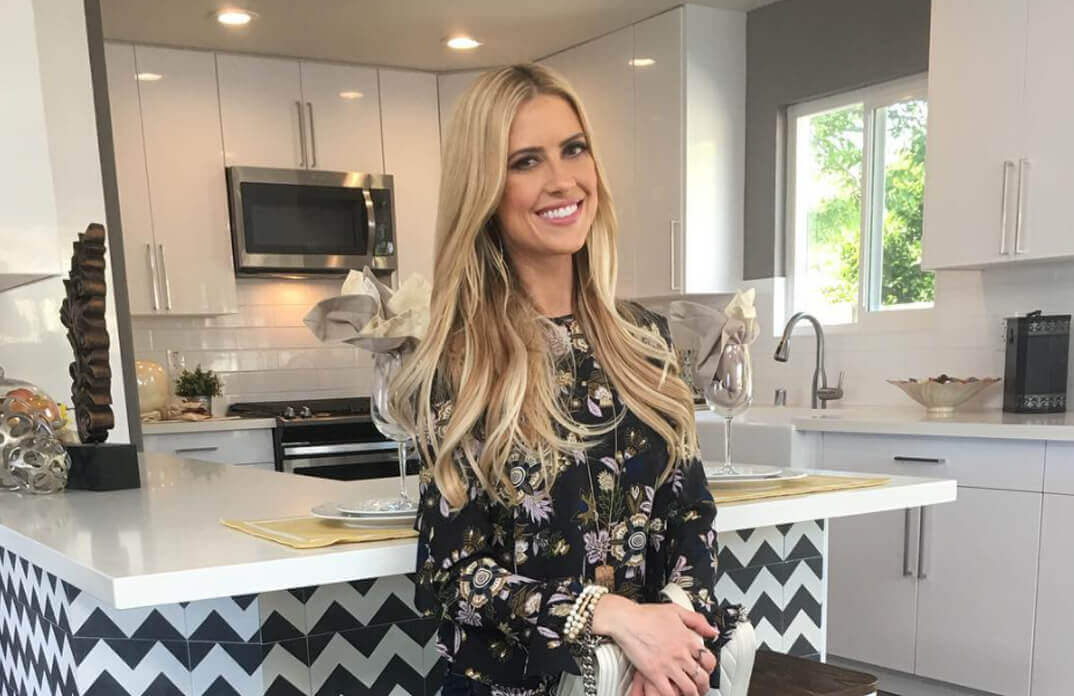 The power of reality tv is undeniable. The fame and fortune that comes with having your own series can truly make a career, buts it is also a field that can engulf stars and take a toll on their personal lives.

Such was the case with HGTV star Christina Haack, who at two attempts of marriage, fell in love, had children, and then had everything fall out of place due to reported marital issues and seemingly because of time spent on reality tv.

Haack got thrust so far into the spotlight that she found it hard to take time away to deal with her marriage issues which eventually took a toll on her physical and mental health.

Here is a look at Christina Haack’s previous relationships and events leading up to her divorce.

After two years of a seemingly happy marriage with British native Ant Anstead, Christina Anstead (now Haack) made a chilling announcement on Instagram that she and her husband Ant Anstead were getting a divorce. The Instagram post read, “Ant and I made the difficult decision to separate.”

The couple who had been dating in 2017 tied the knot in a lavish winter wonderland surprise ceremony in their Newport, California beach home in December 2018.

They went on to live in their home as a blended family. Christina and Ant both had two children from previous relationships. Christina’s divorce from the Wheeler Dealer star Ant came just one year after the television stars welcomed their baby boy, Hudson London Anstead.

Furthermore, the source suggested that Christina struggled to balance all aspects of her life, including her busy schedule on reality tv – hence her marriage with the English tv presenter suffered.

Although the divorce presented Christina with many difficulties, she seems optimistic about the future. In a portion of a rather long post, the Christina on the Coast star revealed her hopes of rebuilding after a messy divorce. “I’m messy, I’m real and I’m working on healing.

I’m surrounded by extremely powerful women who help me cope, build me up and push me to be better,” she said.

It seems one divorce was never on the cards for the reality star, let alone two. Reflecting on her past marriages Christina wrote on Instagram, “I never thought I would have two baby daddies but sometimes life throws us curveballs”.

Before Ant Anstead, Christina Haack was married to Flip or Flop co-star Tarek El Moussa. Fans first got introduced to the two as a powerhouse couple that starred in their own reality show, and harmoniously raised their daughter, Taylor.

Christina and Tarek were soaring in their TV careers, and things were looking bright. Unfortunately, a health concern changed the dynamism of their lives forever. A report by People revealed that a viewer (apparently a nurse) watching Flip and Flop noticed a bump on Tarek’s neck.

Sadly in 2013, Tarek was diagnosed with Thyroid Cancer. Their relationship suffered severe strain while Tarek dealt with cancer. The turmoil that followed had to be the tip of the iceberg.

The couple, who were looking to have more children, found it difficult due to the impact of cancer treatment on Tarek. After IVF treatment, Christina got pregnant but suffered a miscarriage at eight weeks because of stress. A reminder that through all this, the two were still filming for Flip or Flop.

While fans were aware of Tarek’s battle with thyroid cancer, little did they know his health issues were worse than revealed. In 2017, Tarek disclosed that shortly after thyroid cancer, he had been diagnosed with testicular cancer.

The fact that the couple’s issues were topical for news outlets, made their issues harder. Later, Tarek’s worrying stress would be used to instigate a narrative in which reports claimed he stormed out of their Orange County home with a gun at hand, after an alleged dispute.

Tarek clarified, that the story was blown out of proportion and that he went out for a hike in an environment where mountain lions and other dangerous wildlife lurked.

Before settling for divorce, the television stars tried therapy. But as revealed by Tarek, the time they failed to spend together proved detrimental. “We were so busy, we never slowed down to be present with each other and talk about things that were bothering us,” he told People.

Who Is Christina Haack?

While we know just about everything about Christina’s marriage life, let’s take a look into her childhood and early career days.

Christina Haack, an Anaheim, California native, was born on July 9, 1983. She has a younger sister named Carly. Haack went to school in Southern California and began working as a Realtor straight after college. She met her first husband, Tarek El Moussa while working as a Realtor. Tarek, who also is a real estate agent, got married to Christina.

They later became business partners. With a focus in the Orange County area, Tarek and Christina’s real estate agency boomed, until a plummeting house market in 2008, resulted in their financial loss and lifestyle changes.

An ambitious El Moussa went to a friend to ask that he helped submit an audition tape to HGTV for a reality show surrounding house renovations. I

The 37-year-old HGTV star continues to do well in her career, but as for her love life, she said in a recent interview that she is not interested in dating at the moment. After two messy marriages, Christina wants to take a break.