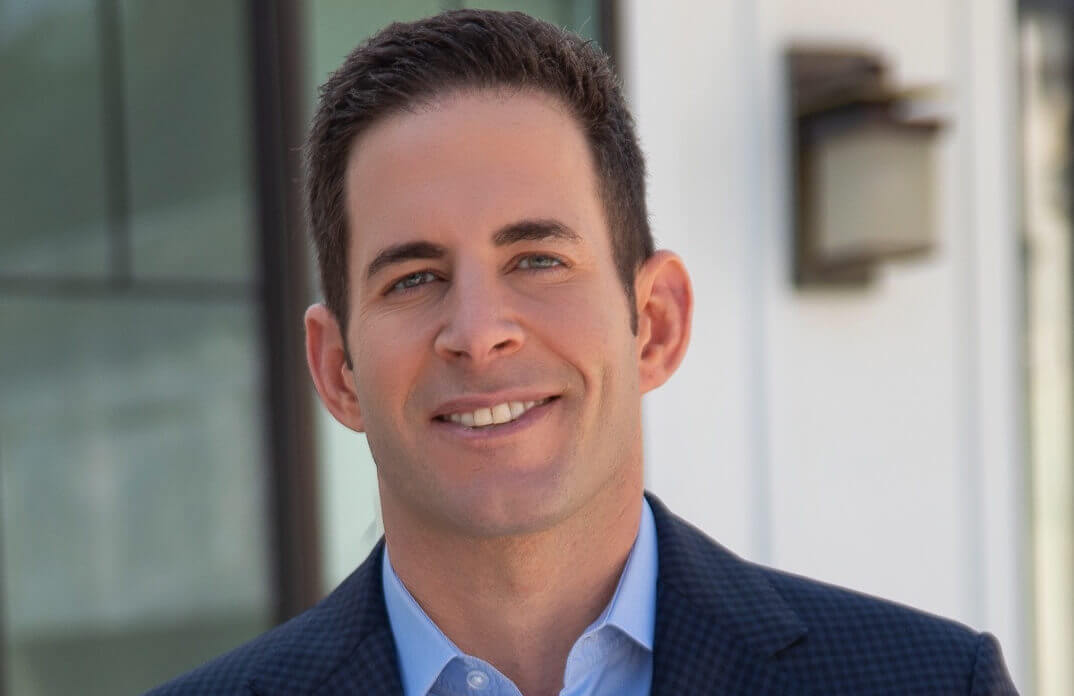 Home renovations royalty, Tarek El Moussa, may at times find it rough to renovate homes, but his road to success must have been the toughest challenge of them all.

Tarek, best known for the HGTV series Flip or Flop, went from crashing on a couch in a stranger’s garage to a hit show with co-star Christina Haack that offered viewers front seats to the most extreme house transformations, and of course, access to a smidgen of their personal lives.

The show, which is all sorts of interesting, fun, and entertaining, is set to enter its 10th season and has been a large contributing factor to Tarek’s career success and fortune.

From renovations to riches, here is a look at Tarek’s net worth.

Tarek El Moussa was a regular Orange County, California-based real estate agent before HGTV’s Flip or Flop thrust the television star to some mega millions and extensive fame. As of 2021, Tarek’s net worth is valued at an estimated $10 million, reported Wealthy Gorilla.

Though the 38-year-old “Flip or Flop” star might have HGTV’s home renovation show to thank for his staggering net worth, the house flipper has also earned income from his solo show called Flipping 101 – and before TV, Tarek worked a great deal towards building his career as a real estate agent.

At the age of 21, El Moussa earned his real estate license and immediately began buying homes at auction, renovated and sold them for profit.

He teamed up with his ex-wife and Flip or Flop co-star, Christina Haack, who he met in the real estate industry, to run The El Moussa Group Real Estate Company. Christina focused on design while Tarek managed renovations.

When the duo just garnered momentum in their business, a plummet in the economy in 2008 negatively affected the housing market and troubled their Real estate agency. In an instant, the couple had gone from renting a luxurious $6,000-per-month house to a $700 per month tiny apartment.

As their last hope, Tarek, Christina, and business partner Pete De Best sold their first investment house in Santa Ana and salvaged whatever money they could.

After the housing market crash, Tarek had to rebuild. His attempts at that included expanding his real estate investment to Arizona and Nevada.

Tarek also got a friend to film an audition tape of him and ex-wife Christina flipping homes and submitted it to HGTV. Producers were attracted to the audition tape and Christina’s Instagram page, and HGTV signed a deal with the then couple in 2012 for their show Flip or Flop.

It is no secret that Tarek battled numerous health scares while filming for Flip or Flop. What fans might find unthinkable is that Tarek spent six seasons in between hospital beds and doctor’s appointments out of the show’s nine seasons.

In 2013, while watching an episode of season 2, a nurse noticed a lump on Tarek’s neck. She emailed the production company to get Tarek to have a medical practitioner examine the lump.

Indeed, he was diagnosed with thyroid cancer, and further testing showed he also had testicular cancer. Talk about two blows in a short time frame.

According to House Beautiful, Tarek said, “it was a rough run filming through those years.” And it was not just cancer he had to deal with. Later in the show, he suffered a severe back injury.

Recalling filming through his back injury, he added, “So we were shooting Flip or Flop, and they would like to have to carry [me] to my spot where we needed to do our scene. And then they would come and help me go back with crutches back to my chair.”

At the prime of his TV career, loss of income and exposure from the spotlight could have been devasting to Tarek’s Real estate career.

Despite being in immense pain, when producers told Tarek they would understand if he wanted to quit the television series, Tarek told them he would keep going. What sheer tenacity!

Long before Tarek’s claim to fame on HGTV’s Flip or Flop, the reality television star has been working long and hard to grow his net worth.

Tarek shared a story on Instagram on how he went from living in someone’s garage to earning $120 000 in 3 months – all before Flip or Flop was even an option.

Tarek told fans about when he was new to the Real Estate business. Within five months of entering the business, he had not earned a single dollar until the television star experienced what we would like to call a light bulb moment.

Tarek discovered a concept called expired listings. Homes under expired listings – were not sold during the agreed time frame between realtor and seller. Once expired, the seller has the option to continue working with the agent or enlist a new agent without incurring penalty fees.

For Tarek, this was an opportunity. He pursued clients from the expired listings and committed to 6-7 days per week of work, working up to 14 hours in a day, to ensure he would make a success of his new opportunity. After 90 days, an assessment of the work he had done showed he earned $120 000. The lesson here, hard work and patience pay off.

Moussa’s net worth in comparison to ex-wife Christina Haack

Both Tarek, and his former wife Christina Haack, have significantly thrived in the estate investing business. The duo is reportedly part of the HGTV’s richest stars, but only one can come on top as the richest Flip or Flop star in our little competition.

As already established, Tarek is into an assortment of business ventures – but here is some news, his Flip or Flop co-host Christina Haack has her hands full too. Like Tarek, Christina also has a solo show with HGTV called Christina on the Coast, a spinoff of Flip or Flop.

In addition, according to NickiSwift, the HGTV design star released a book, The Wellness Remodel, in March 2020. But wait, we are not done yet.

It seems Spectra Home Furniture took a liking to Christina’s eye for design and agreed to partner with her in creating Furniture called Christina home designs, reported furniture world.

So how much is Christina worth, you ask? Haack is worth more than Tarek El Moussa, with an outstanding net worth of $12 million.

Where to now for Tarek El Moussa

As it stands, Tarek El Moussa is a host, an investor in real estate, and an entrepreneur, with lots of opportunities to expand on his expertise.

With the show just having concluded its ninth season and renewed for a tenth – and Tarek beating not one but two types of cancer, we expect the HGTV star to soar to greater heights.