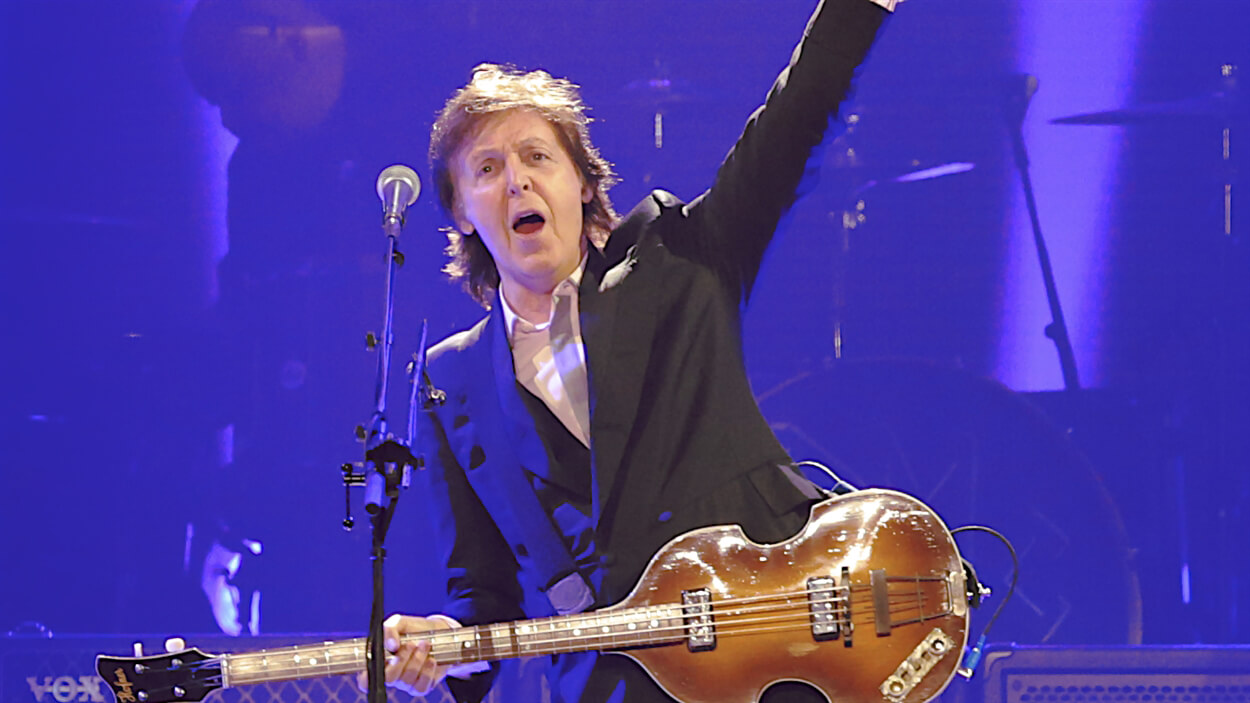 For eons, rock stars and pop icons have captured our wildest imagination. We’re fascinated by their larger-than-life personality, wild theatrics, opulent lifestyle, and hair raising musical talent. While some have seen a tragic and impoverished end to their career, many have gone on to generate massive wealth and immense fame.

Few, however, come close to achieving what the renowned Paul McCartney has. Who’s that? If you haven’t heard of this guy, you’ve been living under a rock! Not to worry though—we’ll let you in on why he is the richest rock star in the world.

Paul McCartney and the Beatles’ Fame

McCartney, who is 77 at the time of this writing rose to fame in the 1960s as the co-lead vocalist of the all-time popular rock band, The Beatles. The group, which consisted of members John Lennon, George Harrison, Ringo Starrs, and of course, Paul McCartney, is famed as one of the most influential bands of all-time and is credited for pioneering the rock and roll, and pop culture.

By the early 1960s, the Fab Four, as they were fondly known, had become international celebrities, leaving in their wake what was known as Beatlemania, a massive, insatiable frenzy among their fan base. Even though the group is no longer in existence, The Beatles still claim the title of the best-selling music band of all time, with their albums selling more than 600 million copies worldwide.

The group’s achievements do not stop there. They have an unbeaten record of having the most number-one albums on the UK Charts, are named as the most successful group on the Billboard Hot 100, and are the artists with the most singles sold in the UK.

The band went ahead to bag four Brit Awards, seven Grammys, and a whopping fifteen Ivor Novello Awards. Some of their most popular hits include Hey Jude, Yesterday, Yellow Submarine and Let It Be

He Now Has A Successful Solo Career

As fate would have it, The Beatles broke up in the 1970s but that didn’t spell the end of McCartney’s musical career. Of all the members of the Beatles, he is without a doubt the most successful. Paul went on to become among the most prosperous artists of his day, with five of the 10 albums he released between the 1970s and 80s reaching number one on the Billboard Charts.

To date, he has collaborated with some of the top artists of our time including Michael Jackson, Stevie Wonder, and Kanye West just to mention a few. He has also been inducted into the enviable Rock and Roll Hall of Fame individually and as a member of the Beatles.

Even at his advanced age, McCartney continues to make music and perform. His latest album, Egypt Station, released as recently as June 2018 topped the Billboard 2020 and debuted at number one for the first time in 36 years.

So, How Much Is Paul McCartney Worth?

It is estimated that the super-popular rock star is worth about $1.2 billion. That’s no small feat! As of 2018, McCartney was ranked as the wealthiest musician in the UK, and in 2019, Forbes ranked him No.63 out of 100 on the list of the highest-earning musicians, netting an estimated $48 million.

A lot of the musician’s wealth comes from tours and he is reported to pull in millions of dollars per show. For example, in his 2018 Freshen Up tour, Paul is said to have earned $4 million for each of the 25 shows he played. More recently, in his 2019 tour of Latin America, where he played just four shows, McCartney earned a whopping $17.8 million.

In addition to the Beatles and his album sales, which come up to more than 600 million copies combined, McCartney also owns the copyrights to more than 25,000 songs from which he earns royalties. Music isn’t his only source of income. Paul is reported to own at least $100 to $150 million worth of real estate with properties dotted all over the world.

Few musical artists come close to being as popular and as wealthy as Paul McCartney. Going by the look of things, it seems like nothing is stopping this legend from making music, which inevitably means more money in the bank.

For the rest of us, there is the lottery or sbobet, for example.