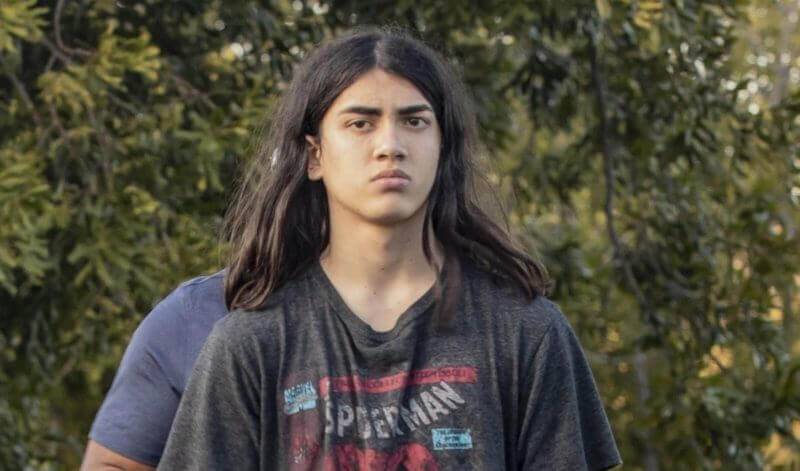 The late Michael Jackson made headlines pretty much most of his life. Known across the planet as the ‘King of Pop”, MJ was a super talented musician with his hits topping the charts every time.

Whether he was doing solo projects or singing alongside his siblings, there was no doubt that Jackson was the best pop singer of his generation. His signature dance move, ‘The Moonwalk,’ is still a big deal in the entertainment industry today.

The last born is known as ‘blanket’ because that’s how the late music icon used to refer to him. How did the name come about?

Who is Michael Joseph Jackson Junior?

Michael Joseph Jackson Junior, also called Prince Michael II or ‘Blanket,’ is Michael Jackson’s youngest child. He was born on February 21, 2002, to an unknown surrogate. Prince was born after Michael had parted ways with his second wife, Debbie Rowe, the mother to the two older kids. After daddy was seen dangling him as a baby over a Berlin balcony railing, his birth came to public knowledge.

Despite reports that Blanket’s mom is unknown, The Mirror claims to have found who the surrogate was. Her name is Helena, a Mexican nurse that resided in the United States.

According to a close friend of MJ’s, Jackson wanted a designer baby in Blanket. So, he carefully chose a lady with smarts, beauty, and stability. Helena has a Latino background but has American citizenship. She’s also intelligent, attractive, and stable. Plus, MJ says there was no drama with her.

Michael Jackson was only seven years old when his father was pronounced dead due to a drug overdose. Luckily, the Jackson family is large. MJ’s mom, Katherine Jackson, stepped in and saved the day by becoming the lad’s legal guardian. The legend’s nephew TJ Jackson also helped raise all three of MJ’s kids until they became adults.

Why was he called ‘Blanket’?

Right from birth, Michael Jackson called Prince Michael’ Blanket’. He did it so many times that the name stuck with many fans. Although the teenager has since changed the name to ‘Bigi,’ his initial nickname has already stuck. So, why did MJ choose this specific nickname for his last-born child?

The departed King of Pop once made this statement:

“A blanket signifies blessing, a way of displaying love and caring.”

The term’ Blanket’ has been used by the Jackson family and employees to refer to something or someone who is precious. No doubt, Prince Michael Joseph was precious to his daddy and the entire Jackson family.

It is clear that MJ named his child this way to tell the world that he covered his baby with love.

When MJ showed his baby off in Berlin as a baby, he covered him in a blanket as he dangled him over the balcony. Fans went wild, claiming that he was risking his baby. The music legend later apologized, saying he was caught in the moment.

Apart from loving Prince Michael Jackson Jr., MJ also gave him the name ‘Blanket’ to distinguish him from his older brother. Both boys are named Prince. They also share Michael Jackson’s name in their birth certificates. Telling them apart can be quite difficult. What better way than to give them different names?

Where Is Blanket These Days?

Blanket is now 19 years old. In 2015, he changed his nickname from ‘Blanket’ to ‘Bigi’ after he’d suffered bullying because of it.

He also went on to start a YouTube channel alongside his older brother Prince Jackson II. The channel, named ‘Film Family,’ features the two brothers having conversations about movies. It currently has 40,000 subscribers and 111 uploads.

Last year when Bigi turned 18, he bought himself a massive home in the high-end suburb of Calabasas, Los Angeles. If you are not aware, this is where all the Kardashian and Jenner family members, among other celebrities, reside. Although “Blanket’ has pretty much lived a private life, his big starter home put him on the spot for a while.

The property is 6,832 square feet and features seven and a half baths and six bedrooms. Since it is located in one of the most prestigious neighborhoods in Los Angeles, best believe the house didn’t come cheap.

It is rumored that Prince Jackson Jr. has to part with $2.6 million for it.

Now you know why Michael Jackson named his son’ Blanket’.

He really just wanted to make a strong statement that he covered his child with love. The fact that MJ kept his kids out of the harsh public eye shows the kind of responsible and ‘blankety’ father he was.