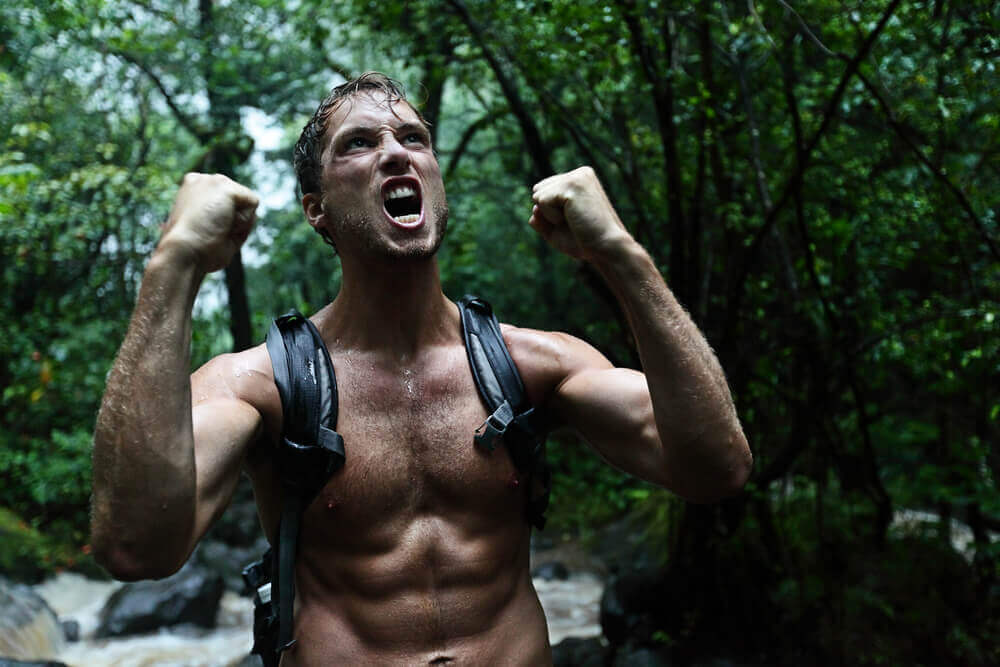 Discovery Channel’s record-breaking series “Naked and Afraid” has shown contestants survive in some of the most brutal circumstances.

For 21 days, the participants are left alone to survive at a remote location (it could be a deserted island, middle of a forest, or peak of the mountain) with no help, and then the crew documents their journey from a distance.

The show got rave reviews from critics who called the show “outrageous” and “unique” for a reality series. It even saw international acclaim with the highest TRP recorded for an ad-supported program, making it the most successful reality survival show.

Like other reality shows with final scores to assess the survivalists’ ability here, they are given a PSR rating. The Primitive Survival Skills is based on three main things: “experience, skill, and mental approach.”

Each contestant is given a PSR at the beginning of the show, and when they complete their journey, their rating is reevaluated.

Ratings are an essential factor in many reality shows. It makes their efforts legitimate and even causes the right amount of stir when people disagree with anyone’s final scores.

Over the years, “Naked and Afraid” have seen some of the most outstanding survivalists who seem to be ideal for this format.

From the contestants’ weight to their mental abilities, everything is taken into consideration while assessing them.

Numerous contestants have come and gone, but they couldn’t break the PSR rating of these two ultimate champions.

Since season 1, EJ Snyder has ruled the rating chart with the PSR of 9.1. During his time, the challenging survival setup was located in Tanzania, and he lasted there for all 21 days.

Once you get to know his story, this rating seems justified.

EJ has an impressive background in the army.

He graduated from more than thirty military schools and has been a soldier in wars. He was given many accolades for his contribution to Gulf War and Iraq War.

EJ has since appeared in three seasons of Naked and Afraid. He is the only contestant who has emerged as a winner every single time. EJ tried his luck in reality tv before appearing on “Naked and Afraid,” but he was replaced for being too dull at times.

After seeing his skillset, Discovery asked him to participate in their show, and then, as they say, the rest is history.

After winning many survival shows, he now gives motivational speeches and tells others about the motto “Survive By Your Own Will.”

He wholeheartedly believes in and encourages others to do the same.

Laura also has a rating of 9.1 and is tied with EJ in the number 1 position. She survived for 21 days in the jungle of Panama. Zerra has always been fascinated by the nomadic lifestyle.

When she was in school, she started studying the concept of surviving with basic skills. Although Laura was born in a suburban area in Western Massachusetts, she never liked the idea of staying at one place.

Laura Zerra was more interested in learning from the school of life.

Her desire to explore more landed her on an island in Mexico, where she went with very little money as she wanted to survive without it.

Laura’s most frightening death experience as she was on the top of a mountain and a blizzard wiped out her track.

From that experience, she learned:

“Realizing that no one was going to save me was an amazing, beautiful, horrific moment where I knew my fate was entirely in my hands.”

She literally crawled her way out of the blizzard. It was no surprise she caught the eye of one of the casting agents from Discovery Channel who were looking to find the right people for Naked and Afraid.

As soon as she heard the concept, she said yes, this was what she had been training her whole life for.

Earlier, her and EJ’s rating were 8.2, but then when they appeared again on the second season together, they took their primitive survival rating to a record 9.1 (this is a record which still hasn’t been broken yet).

If EJ has been in wars, his partner indeed was the female version of him. Man Vs. Amazon was another chapter of Naked and Afraid, and it took the life-threatening difficulty to another level.

Both of them have appeared three times on the series as participants, and every time they have emerged as the ultimate winner.

Keeping their strength and mental abilities aside by now, they have also learned a few secrets of survival which will come in handy for those who dream of conquering all those places that nature has kept reserved for only the bravest.

These tips will immensely help you learn about outstanding Primitive Survival Skill from those who have experienced everything from bad weather to deadly animals.

EJ has successfully transformed himself from a well-decorated army veteran to a survival legend, and his advice comes from being in life-threatening situations for over twenty-five years. In an interview with Offgrid, he described the power of having the right mindset:

He believes fear doesn’t do anything productive it only creates a frenzy; it is also no coincidence the afraid contestants are the first ones to quit.

A chaotic person would put his own life in danger and cause a problem for others.

Laura’s philosophy is not much different from EJ’s. She has willingly always tried to push her limits and go to places where others wouldn’t dare.

Inner strength ability to endure a certain level of pressure is something which she too believes is the first thing to get right when switching on the survival mode:

“You don’t want to get emotional or scared. Prioritize your most pressing need—food, fire, shelter, water. Ask: What will kill you first? It’s either dehydration or, more likely, exposure. Stay in the moment; do not think of hypotheticals. Look around and see what you have and how you can use it.”

Keeping a zen and composed mind amidst the chaos is not only a piece of good advice to participating in Naked and Afraid, but it’s also one of the best life advice you could ever get.