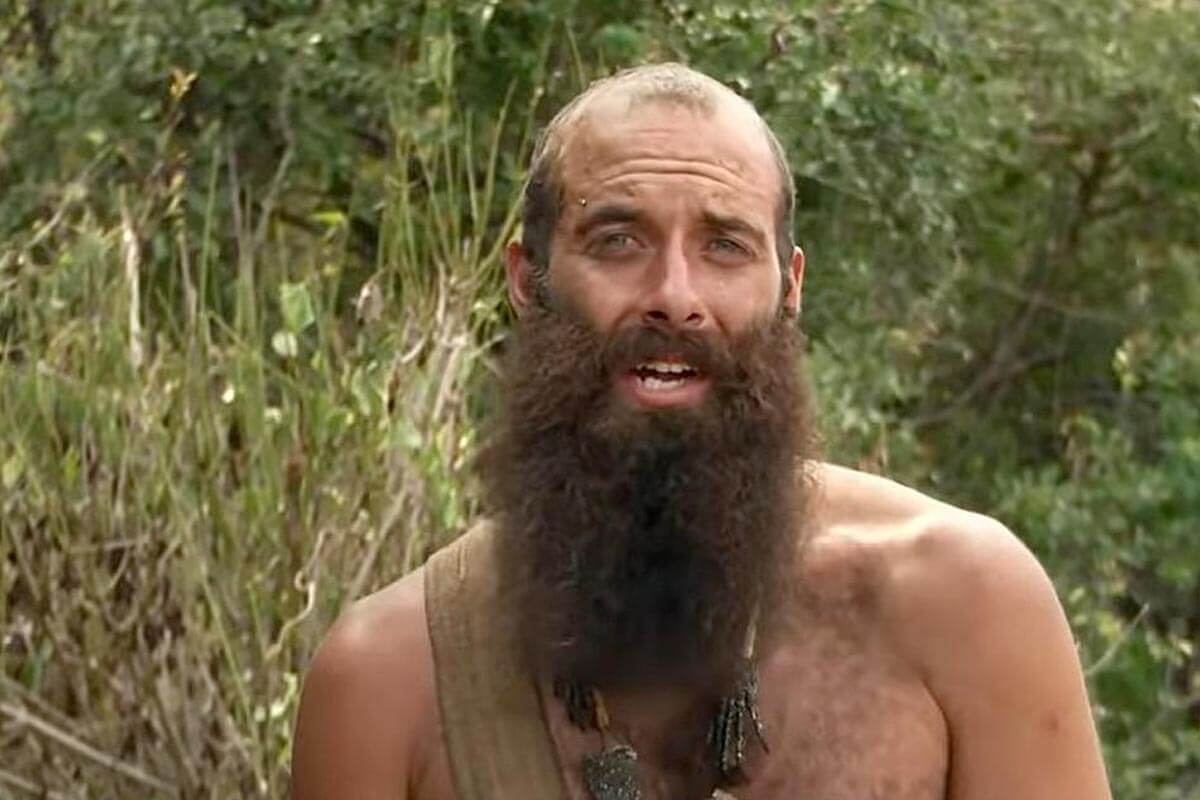 Let’s get real: how many Naked and Afraid survivalists do you know who have appeared on the show not once, twice, or thrice but a whopping five times? Not too many, if we were, to be honest, so it would be safe to say that Ryan Holt is a special breed.

Holt has seen everything from suffering a bout of food poisoning to navigating dangerous wildlife in the deepest wildernesses of South Africa.

His most recent appearance was on the spin-off Naked and Afraid XL (2021), but before that, he was featured on hundreds of episodes of the popular reality TV show episodes.

If you are a big fan, read on for the tea on what happened to Ryan Holt on Naked and Afraid.

Ryan Holt Was Initially Skeptical About Naked and Afraid

In his wildest dreams, Holt never thought that he would one day be on television, despite having the perfect resume for a show like Discovery Channel’s Naked and Afraid.

The famous reality star lives in Western Maine, but he was born and raised in Harrison, Maine. He served in the Marine Corps, staying on for eight years through numerous deployments in Afghanistan and Iraq.

Soon after leaving the Marines, Holt started to hike the Appalachian Trail, trekking from Georgia to Maine, a dizzying 2,184 miles in just six months! Yikes! For this fete, he earned the nickname ‘Yukon.’ According to the expert survivalist, he used this time to heal and build his next life goals after grappling with mental issues from his time in service.

After this monumental trek, Holt’s hunger for adventure propelled him to drive across the country in a 1983 Volkswagen bus, with his final destination being the Florida Earth Skills Gathering.

The time he spent at the Florida Earth Skills Gathering was life-changing. He learned how to start a fire using survival tools, after which he signed up to learn other primitive survival skills at the Jack Mountain Bushcraft School in Masardis, Maine.

He spent many weeks in the wilderness learning the survival skills that would later come in handy during his time as a contestant on the Naked and Afraid franchise.

During his time in Masardis, the school’s owner and Naked & Afraid consultant, Tim Smith, suggested that Holt, who seemed extremely passionate about survival, apply to be a contestant on the show.

He said, “At first I was like heck no. What is TV coming to with people getting naked on there?”

Holt says he changed his mind when Smith explained that the show was based on reality, filmed in a natural environment, and would put his bushcraft skills to the test. He applied and the rest, as they say, is history.

Holt Had a Moment of Clarity Before Filming Started

Two months after applying to be an American reality television show contestant, Holt was on a plane to feature in the series. The first time he appeared on the reality series was in 2015 on ”Alligator Alley” the first episode of the fourth season, and he was paired with Amber Hargrove.

Speaking about his first time on television, the master survivalist said that initially, he didn’t think being naked and meeting another naked person would be a big deal. But reality finally hit him when the producer and camera guy began the casting process and asked him to take off his clothes.

“There was one second of hesitation…one second of clarity in which I thought OK I am going to get naked, and it will be this way for the next three weeks,” he said.

The good thing is that Holt proceeded with the show and eventually became one of the fiercest contestants.

He Fell Really Sick and Was Surrounded By Lions

Can you imagine coming down with food poisoning in the wilderness, where lions roam freely? That’s the exact position Ryan found himself in.

After his run on the parent series Naked and Afraid, the show called him back in 2016 for the spin-off Naked and Afraid XL. He appeared on season 2 for a whopping ten episodes in a 40-day challenge in jungles of South Africa.

While in survival mode in South Africa, he ate contaminated fruit and became seriously ill. What’s worse, after his source of food turns poisonous, he finds himself surrounded by lions, which seem to sense that he is at his most vulnerable. On the 29th day of the challenge, Holt was forced to exit the show to go to the hospital, where he spent ten days recovering from his medical issue.

While tapping out from the show was humbling, Holt was thankful to be alive. He loved the challenges the show brought and didn’t hesitate when the producers called him back for Naked and Afraid of Sharks on season 9, episode 13.

On the Shark Week special, he was joined by four other legendary survivalists camped on a barren island in the Bahamas and surrounded by shark-infested waters. All five contestants survived the challenge.

The fifth and most recent challenge Ryan was on was in 2021, when he starred in an all-new season of Naked and Afraid XL. This time he powered through the epic 60-day challenge navigating the murky waters of the Louisiana Bayou in South-central Louisiana.

What Happened to Ryan Holt After Naked and Afraid?

Believe it or not, Ryan says he would be happy to appear on subsequent Naked and Afraid episodes after his latest unprecedented 60-day challenge. Meanwhile, he is keeping busy with other survivalist ventures.

The reality star set up Human-Nature, a hostel and wilderness retreat center in Roxbury, Maine, where people visit to learn survival skills. Attendees are treated to a wilderness tour, kayaking escapades, and theoretical primitive skills lessons. Veterans like him can come in for free for a weekly recreation day in the wilderness.

Plans are underway to maximize the use of his 42-acre property. He says he is looking to add things like glamping domes and a pond. The goal is to share his love for the great outdoors with as many people as possible.

“I call it the Human Nature hostel because it truly provides the human nature experience,” he explained. Although he doesn’t walk around naked after his stint on TV, Holts says that he hasn’t worn shoes around his home in years, which is part of the human experience he is trying to promote.

The survival expert added, “When it comes to my survival priorities, I am all about taking it to the next level from surviving to thriving. This means living abundantly, sustainably, and withing the balance of nature.”

Aside from his survivalist lifestyle and business, what’s happening in Ryan Holt’s personal life?

We know he is dating Dani Beau, a rock climbing instructor and wilderness EMT. Dani also appeared on the parent Naked and Afraid challenge and Naked and Afraid XL; the two hold survival skills training together.

Holt’s girlfriend is vegan, and he has always praised her ability to complete the 21-day and unprecedented 40-day XL challenges, given that finding enough in the wilderness is always the biggest reason many survivalists tap out before completing the challenge period.

So, now you are in the know about what happened to Ryan Holt on Naked and Afraid. Not only did he survive a serious episode of food poisoning, but he has also completed all four of the five challenges on the show, which is definitely a very impressive feat.

Way to go, Ryan; we’re rooting for you in all your endeavors!