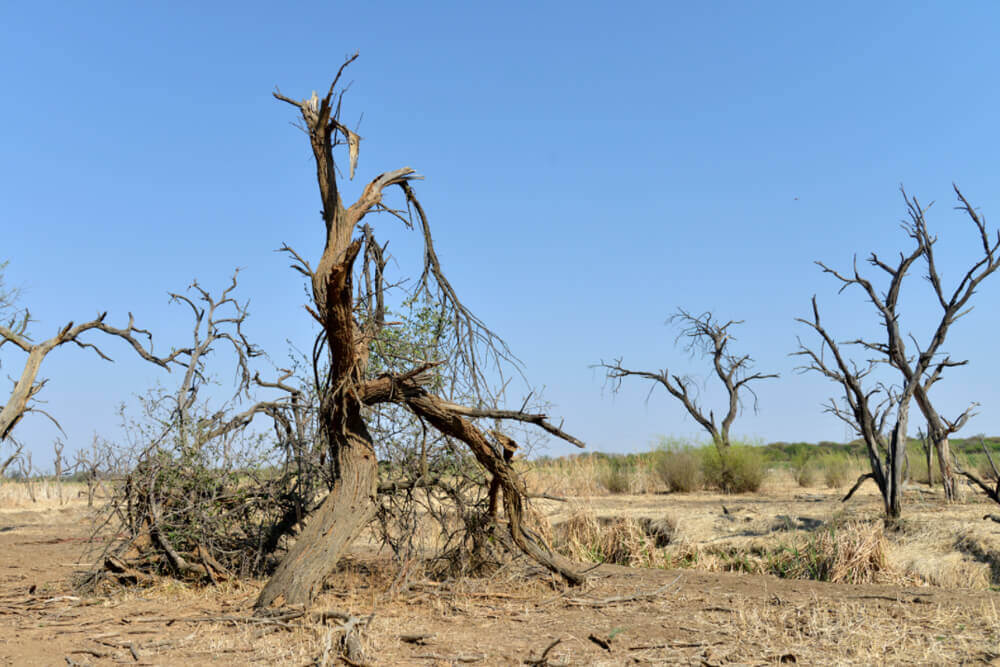 As kids, many of us have plaid make-believe scenarios of being stranded on a deserted island with our friends. That’s exactly what Naked and Afraid does, minus the spending-afternoons-with-friends part.

The original series is about leaving two strangers sans clothes at some of the world’s most challenging locations for an extended number of days. During this time, they won’t be provided with anything, and they have the option to quit at any point. The only exception allowing for a brief return o civilization is a medical emergency.

Remember all-stars EJ Snyder, Matt Wright, Alison Teal or Laura Zerra? They all knew what to expect when joining the show and came out stronger at the other end.

For them, it’s about conquering the challenge at hand, getting the highest Primitive Survival Rating, and emerge as a winner in this “man vs. wild” scenario.

Previously, the show’s contestants have faced rodent bacteria, the risk for hypothermia, food poisoning, heat exhaustion, brutal injury, attacks by deadly predators, and being bitten by a venomous water snake.

Many Afraid survivalists don’t get their desired survival rating. But the ones who do are always left craving a bigger challenge.

As a solution, Discovery came up with the spin-off Naked & Afraid Challenge XL. In this version of the beloved format, all-star survivalists need to work as a team for 60 days.

The drama quotient is already high when teams of two compete with each other, then the first twist comes, which is to add another member. That new teammate is usually an amateur survivalist or someone who left previous challenges within a few days.

Guess what: no one wants them to be a part of their elite clique.

When the network asked to vote for the best Naked and Afraid season, including the spin-off, the most votes were given to  Naked And Afraid XL Season 6, shot in South Africa.

The trio of Kate Wentworth, Makani Nalu, and Bulent Gurcan was one of the main reasons behind the success of the reality series’ 6th installment.

Usually, there are two kinds of survivalists. The first one is always ready to search for resources, and the second one is trying to find shortcuts and often getting themselves in more trouble. But season 6’s Makani and Bulent were a whole different kind.

They just wanted to do nothing most of the time. They were the absolute worst kind of teammates, providing zero help. The ridiculous part was that Makani and Bulent weren’t even leaving the show as they were a total misfit.

Initially, Kate tried to become the team’s captain to provide some direction and guidance, but looking at their antics, even she gave up.

Then came the most interesting moment of the whole season, when Kate declared she was self-banishing. She was sick of the never-ending exploitation and decided to take off on her own. She even took their primitive tools along with her, while the groupmates didn’t resist.

Without Kate, Bulent and Makani had no option left but to become more proactive, or at least that’s what the audience thought. It took some time for Makani to show some fighting spirit. But not Gurcan. He stayed toxic. Eventually, Makani also decided to cut ties with him.

In this season, Makani also had to face another big dilemma. She had made a promise to herself of staying vegan before starting the show, but as she found out the hard way, African food didn’t offer her many vegan options. The lack of food gave her no choice but to eat what was available.

Just like Makani, her ex-groupmate Kate had also made an insane promise to herself: not to scream like she did when she first appeared in another installment of Naked and Afraid. But sadly, the African heat didn’t let her keep her promise, and she ended up screaming her lungs out anyway.

Another contestant of season 6 kept on entertaining the audience with his weird antics. Joshua Bell entered the competition with a pretty unique survival item: duct tape!

It was his trusted go-to item to attack the biggest predators in Africa, 10-foot alligators, and to hunt for food.

His choice of survival item had already set the tone for his performance, especially for those viewers who had never missed a single episode of the show.

Though Bell found a place in a well-performing team, his own actions were their worst nightmare. He kept on bickering and fighting like a Big Brother contestant and ended up quitting because of his own cold grudges.