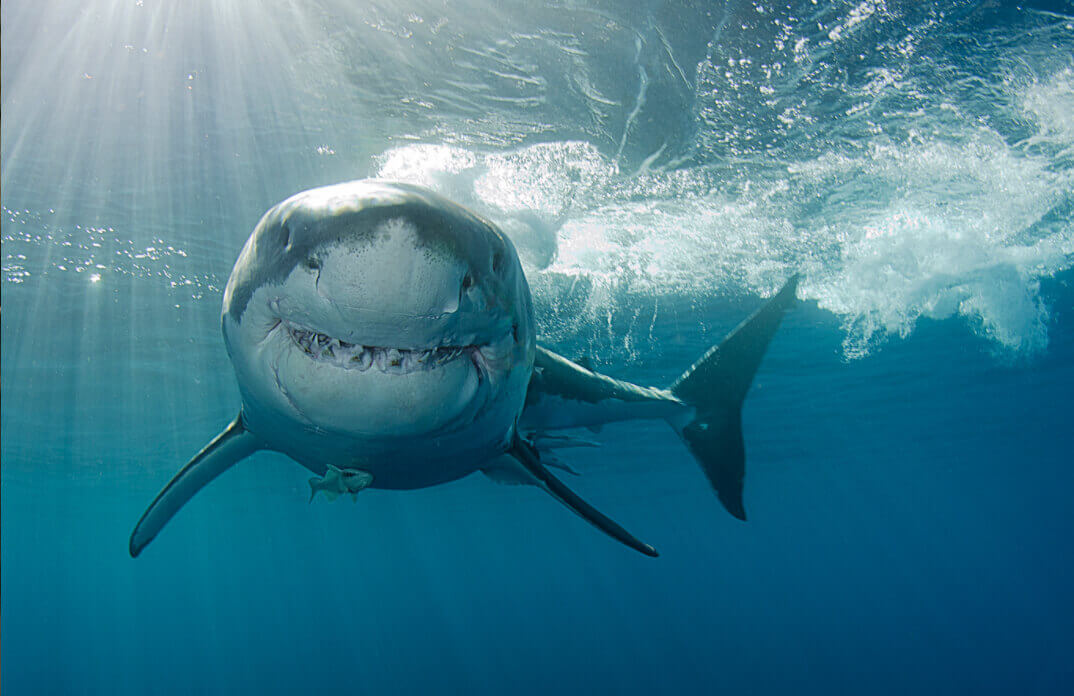 Over the years, survival shows have been criticized for doing anything they can to show that participants are on the verge of real danger.

One such survival show is Discovery Channel’s Naked and Afraid, a reality series where participants survive the wild naked – keeping viewers at the edge of their seats and sometimes a little too stunned (from all the nudity).

Though over-scripted, it is without a doubt that the reality series sometimes sees participants stare death in the eye, considering survivalists have to forage for scarce food and water and are left almost alone to defend themselves against wild animals.

Did we mention while naked? Oh yes, we did.

While every Naked and Afraid episode has a near life-threatening ordeal installed for participants, its special edition shark episode, which runs annually, leaves viewers thinking the worst.

What is Naked and Afraid?

Discovery Channel’s long-running reality show Naked and Afraid sees a group of butt-naked survivalists take on a 21-day challenge. Paired as one man and one woman, each episode sees survival duos take on some of the world’s most hostile climates and dangerous predators – often leading to unexpected encounters.

The survivalists are allowed to bring one survival tool for which they use to aid their survival, such as starting a fire, building a shelter, or fighting off predatory attacks.

A typical episode begins with survivalist pairs stripping naked when meeting up for the first time.

Fans would know that participants receive a brown satchel that carries a camera for participants to document themselves when the show’s crew members are not around ( survivalists also use satchels to cover their front privates).

The participant’s goal is to survive three weeks out in the wilderness. With constant threats and no prize money, many of the contestants tap out before the 21 days.

If participants survive three weeks, they make their way to the extraction point and earn the honor of completing the Naked and Afraid gruesome challenge.

Over the years, Discovery Channel has introduced variations to the survival challenge, including a 40-day survival challenge called Naked and Afraid XL and all-star 14-day special editions like the shark episode where the biggest threats are faced, rules are bent, and stakes are higher.

Imagine being dumped on an island with shark-infested waters where you need to compete with hungry sharks for a source of food. (Wild right!)

Well, in a two-hour special edition of Naked and Afraid, producers subjected survivalists to massive sharks near the Bermuda triangle.

While participants typically take on the survival challenge as a male-female duo, the all-star special edition of Naked and Afraid of Sharks is one of the few exceptions.

In the jaw-dropping season, two people attempt to survive the barren island of the Atlantic before joining more survivalists and together facing the biggest threat of unknown species of sharks.

Naked and Afraid Veteran Matt Wright was one of the survivalists who attempted surviving on the barren island whose waters were teeming with some of the ocean’s top apex predators.

Jeff Zausch, Serena and Amber Shine, and Alex Manard were the other Naked and Afraid survivalists placed on the small strip of islands alongside what is known to the locals as “Shark Alley.”

With limited food on land, this episode quickly becomes some of the scariest fans have ever seen – especially when the survivalist take on a risky survival strategy and make a dive in the shark alley for some food.

In an interview with The AM Show hosted by Ryan Bridge, Kiwi twins Serena and Amber Shine recalled their near horrifying shark attack experiences.

Forced to fish, the twins, who were no shark experts, told the show they went into the deep waters several times, mentioning that monster sharks rubbed the skin with them anytime they entered the ocean.

Once they developed hunting patterns, they figured out that to defend themselves against potential shark attacks, they would need to hold spears in front of them for protection.

The twins revealed that one of their scariest experiences was a time when the group submerged themselves in the ocean with one survivalist suddenly panicking, and a congregation of tiger sharks, who were unfamiliar with human interaction – surrounded them for the ultimate shark party ( or rather a potential killing spree).

Viewers who got to see this episode can attest that underwater cameras caught some of the craziest shark encounters ever seen on the show.

Has any participant been attacked on Naked and Afraid?

Despite being a scripted reality show, you can’t possibly downplay the terror that Naked and Afraid participants go through unless you have been there.

Past participants have sworn by real-life predatory attacks, with some encounters deadlier than others.

Although survival shows like Naked and Afraid have medical teams situated closely should anything happen, the terror that could unfold in a blink of an attack is unmeasurable.

Thankfully, no participant has been a victim of the constant threats from wildlife; however, a show’s producer was not so fortunate.

Show producer Steve Rankins got bit by a venomous snake while scouting for a location for the show to shoot. Walking through the deep jungle, a Fer-de-lance, one of Costa Rica’s deadly snakes, bit right through his boots, piercing its fangs deep into his foot.

Rankins was immediately flown to San Jose hospital, but his condition turned for the worst. Five days later, the flesh on his foot became rotten and had to be completely cut off. Luckily, after being flown to L. A for skin grafts, he recovered from the severe attack.

Will Naked and Afraid of Sharks feature in Discovery Channel’s July 2021 Shark week?

Discovery Channel’s Shark Week is an annual, jaw-some spectacle featuring more than 20 hours of original programming about one of nature’s most feared predators – Sharks.

The last shark week featured an array of content hosted by stars including Snoop Dog and Shaquille O’Neal, breaking down shark encounters and uncovering the secrets of the great white shark invasion.

We also saw the likes of Will Smith, Riley Elliot, Greg Skomal, and Austin Gallagher make first-hand encounters with nature’s fiercest predators, and a jaw-dropping story from a California surfer, a Canadian thrill-seeker, an Alabama football coach, and a mother from North Carolina reveal how they each came face-to-face with the ultimate predator.

Naked and Afraid has in the past participated in the shark festivities with an annual special shark episode.

Naked and Afraid of Sharks has aired for three seasons during shark week. However, it has not been confirmed if its latest instalment will be aired in 2021.

Albeit, with numerable original programming that the channel offers during the spectacle week, there is a guarantee for wholesome entertainment surrounding wicked sharks and unpredictable reactions.