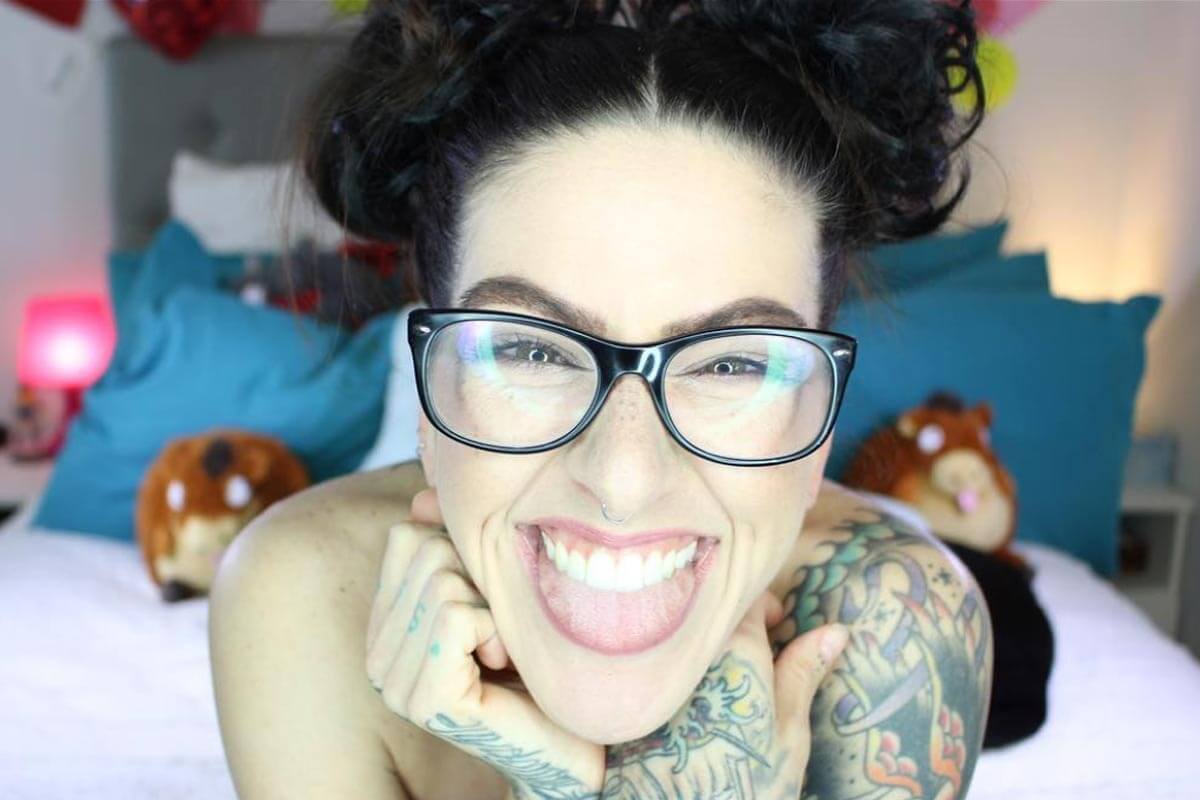 Superstars Rick Harrison, his son Corey Harrison, their family friend Chumlee, and of course, the late Richard Harrison (Old Man) are at the heart of History Channel’s hit show, Pawn Stars. It is always entertaining to watch them negotiate on an interesting antique and get on each others’ nerves.

Of course, aside from these four, other minor cast members have come and gone from the reality TV series; they, too, have done a good job of keeping the show entertaining. Olivia Black is one such memorable minor cast member.

Despite getting on very well with everyone at the pawn shop, carrying on with her daily activities, and being popular among fans, she appeared on the show for only 13 episodes before leaving suddenly. So, what happened to Olivia Black on Pawn Stars? Was she fired? Read on to find out!

Olivia Black’s first appearance on Pawn Stars was in 2012. She stayed on the show working the night shift as a female pawn shop operator at the popular Gold & Silver Pawn Shop.

Speaking to the media, Black admitted that working at this pawn shop was not necessarily something she wanted; it is not like she knew she would appear on television when she applied for the job.

She further added that she found the job on Craigslist. Black was already working as a personal assistant but was looking for something else to do on the side. “I didn’t realize what I had applied for, so I was a bit blindsided when I found out what the shop and show were all about,” she said.

Despite loving her job and working hard at the shop, the production crew terminated her contract and immediately dropped her from the show one night as she was getting ready for work.

It later emerged that Olivia Black from Pawn Stars was fired from the show after controversial photographs began making rounds on social media. The National Enquirer accessed and leaked pictures of her job with SuicideGirls, an online community that supports and promotes nude pinup photography.

She confirmed her fate in a Facebook post, saying, “This is not a joke. It is true that I no longer work for the Gold and Silver Pawn shop.

Rick Harrison Was Not Involved in Firing Olivia Black

Rick Harrison stars on History Channel’s Pawn Stars and is the pawn shop owner at Gold & Silver Pawn Shop, so he must be the one who fired Olivia, right?

Harrison didn’t fire Olivia Black and didn’t have a problem with her personal life working as an actress in the adult industry.

Speaking to Fox News, Harrison explained that he offered Black the opportunity to stay on as their shop girl at Gold and Silver. It is just that the production company did not want her working there (SuicideGirls) anymore.

Rick added, “What she does in her personal life is her business.”

At the time of her firing, Olivia confirmed that she was still on good terms with the pawn shop staff and adored her bosses.

Black said that she didn’t know why when she was fired. The reality TV star revealed that she was too shocked at the news to ask why and besides, the show’s producers did not tell her why she could no longer be part of the show.

The reality starlet told the Fox News Network, “I was in shock and did not think to ask. I do not have the actual reason as to why I am no longer on the show.”

Although Rick gave her a chance to continue working at the shop even after the producers fired her from the hit series, Olivia Black chose to exit the shop and show. But, her departure was amicable, and there were no hard feelings between her and Rick, Corey, and Chumlee.

She Sued For Wrongful Termination

Although Olivia claimed that she did not know the reason for her termination from Pawn Stars, she later stated that it was clear that her leaked nude photos were very likely the cause.

Speaking to Radar Online, the actress explained, “The producers alluded to the fact that I should keep my nude photos under the rug and not talk about them anymore.”

According to Olivia’s publicist, Domenick Nati, she believed that the intolerance for nude photos seems to be directed only to female television personalities. For this reason, Olivia’s legal team advised her to sue the production company for their discriminatory behavior.

Domenick explained that Leftfield Pictures, the Pawn Stars production company, called Olivia at her house while she was getting ready for the night shift. They told her she would no longer be on the show without explaining why. This incident happened after Black’s racy pictures were discovered. It is unclear what came out of the lawsuit filed in 2013.

Aside from suing the production company that terminated her contract, Black also started a petition on change.org to get back on the show. She spoke to Fox News about the petition and said the goal was to “show that America does not mind that I am naked and confident; I can still be part of the television show.”

In her petition, Black alleged that 36 percent of young women post nude or half-nude pictures of themselves online. She also asserted the organization she worked with, Suicide Girls, is not involved in adult entertainment. Instead, it is a community of sexy, punk rock, tattooed women who defy convention and push the boundaries with fierce confidence.

Olivia urged her fans to sign the petition to get the production company to bring her back on the show, one of History’s highest-rated series. Unfortunately, it didn’t seem like many people were interested in her cause, as her petition got a meager 5,000 votes.

What is Olivia Black Up to Now?

After her stint on reality TV, Olivia returned to working as a model in the adult industry. At the start of 2013, she launched a YouTube channel dubbed Miss Olivia Black, where she appeared with her partner, Maria Plaza. Together, they created workout tutorials and vlogs.

Black, who, according to her Instagram bio, identifies as polyamorous and queer, met Maria Plaza, aka The Bare Naked Chef, in Miami. Plaza moved to Las Vegas to be with Black, and the two formed a blossoming relationship.

On one of their vlogs, the pair revealed that they started making adult video content to spend more time together. Aside from this, they both have busy careers-Maria as a chef and Olivia as a cam girl.

The two seem to be pretty loved up and often declare their love for each other. In an Instagram post, Plaza heaped praises on Black saying, “I met this beauty in November 2015, and we have been inseparable ever since. I knew she was the one I wanted to spend my life with. She is my better half, best friend, and partner in life and crime.”

She added, “I still get butterflies when she looks at me, pokes, kisses, and hugs me.”

Plaza went on to say that her lover, Olivia Black, is perfect for her and that she is the most caring, kind, humble, and strongest woman she has ever met.

Once her TV job fell through, she went back to modeling for Suicide Girls. She also did go-go dancing and cam girl work. When she met Plaza, her new lover suggested they do adult videos together.

Olivia revealed, “That is something I had thought about but was not comfortable with, so I never went down that route to pursue it.”

But, after discussing it extensively, the couple went for it, and to this day, they continue to make adult scenes together and even have fans paying for it.

What Is Olivia Black’s Net Worth?

As of 2017, Olivia Black estimated worth was $800,000. Her main sources of income include modeling, but she also accumulated some of this money from her stint on reality television. Although her earnings aren’t clear, she is estimated to earn between $5,000 and $10,000 per episode.

Aside from modeling, Olivia is also a businesswoman promoting hemp products. As of 2019, the beautiful model worked as an influencer for several hemp brands, including Hemp Seed Body Care. She often shares photos of herself on Instagram using products such as hemp seed massage oil from brands she promotes.

Hemp Seed Body Care is a brand by Earthly Body. It markets a range of products, including candles, hair, skin, and therapeutic oils made from hemp seed oil, which the brand claims is the most powerful oil on Earth. According to Black’s content, hemp oil nourishes, protects, and moisturizes the skin while preparing and softening damaged skin cells.

It has been a decade since Olivia Black left Pawn Stars. Although her exit was sudden and sad, the former reality TV star is doing well for herself from the look of things. Her modeling career is flourishing, she’s dabbling in business, and she has love in her life. What more can one woman ask for? We wish nothing but the best for her!