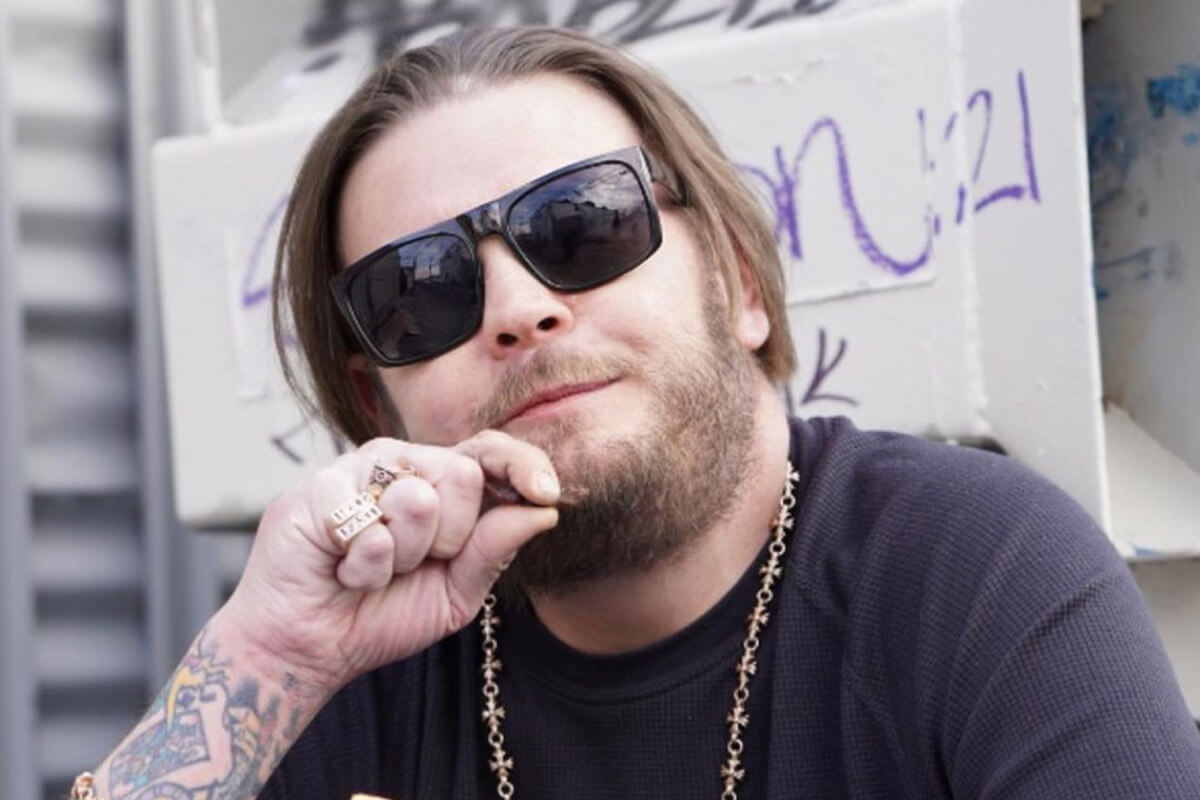 Isn’t it amazing that Pawn Stars has stayed on for 20 seasons and counting? This is one of History Channel’s longest-running and most entertaining reality TV shows, not in the least because of the interesting business deals but more so because of the cast whom we have come to love so much.

We’d all agree that Pawn Stars would not be the same without the witty and hilarious Corey Harrison. He’s been there since the show’s start in 2009, and we’ve seen him mature from a young boy to a grown businessman, husband, and dad.

At some point, Corey lost a lot of weight and went missing from the show for a while, causing some fans to speculate that he was sick, with some going as far as saying he was dead!

So, what happened to Corey from Pawn Stars? If you’ve been curious, read on…we unpack all the deets here!

Corey Had Surgery After an Accident

The youngest son of Rick Harrison, owner of the famous Gold & Silver Pawn Shop in Las Vegas, Richard Corey Harrison, has gone through a great deal in his short life.

Did you know that he had a near-death experience when he was involved in a serious motorcycle accident? That’s right; the reality star recently revealed that in 2014 he jumped off his fast-moving motorcycle to save himself from a serious crash.

The accident happened while he was supplying food and other produce for his birthday party that his family had thrown for him. Harrison explained that the bike’s bottom fender mount cut, making the bike spin out of control.

Funny enough and true to his character, Corey returned to the party instead of going to the hospital. Eventually, he was admitted to the ER and put through surgery, where he received two plates and eight screws for a broken hand.

Why Does Corey From Pawn Stars Look Sick?

We’ve always known Corey and his family friend, Austin Lee Russell, as the fat guys. So, it was shocking, to say the least, when Corey took a break from the show, later returning a couple of hundred pounds lighter.

It is true that when you lose a large amount of weight, you can end up looking sickly; this was the case for Corey.

We were so used to seeing the bigger version of the American businessman that we assumed it was because he was sick when he drastically lost weight.

So, what really happened to Corey? Why did he lose all that weight?

Well, the young Harrison lost weight not out of illness but for personal gain. And even though some fans may think he looks sick, this is the healthiest Corey has been in a long time.

Speaking to Good Morning America, the reality TV star decided to lose weight through surgery three years after discovering he was pre-diabetic.

He said, “I am driving time from the doctor’s office, freaked out about it. I see the place where they do lap band surgeries, and I went in and asked what it took to have the surgery.”

Corey added, “I did not have money at the time. So, I put it (surgery) on four credit cards and there you go!”

The reality TV star lost close to 200 pounds due to the lap band, down from his original weight of 400 pounds. He told GMA that he felt much better at 31 than he did at 25, thanks to his incredible weight loss.

Richard “Corey” Harrison also adopted a healthy lifestyle by changing his diet and following a consistent exercise regimen. He told GMA about the lap bad, “I can only have four to five ounces of food in my stomach. When you only have that much space, you do not want to fill it with crap.”

Corey is not the only Pawn star one who lost weight. Chumlee managed to shed a massive amount of pounds as well!

Corey Became A Co-Owner of the Family Pawn Shop

If there is one person who deserves a share of the famous Gold & Silver Pawn Shop, it has to be Corey.

This guy has been working at the shop since he was nine years old alongside his grandfather and father; he knows the ins and outs of the business finances.

In season 6 of Pawn Stars, Corey got a job offer elsewhere, but before deciding what to do with this news, he asked his dad to give him some ownership in the pawn business. The young Harrison asked for a 10 percent stake, but his dad offered 5 percent with room for growth in the future.

When Corey agreed to the five percent stake, he became a legal owner of the family’s popular business. It’s been a couple of years since that first offer, so we can only assume that his ownership of the company has grown. He currently works as the shop’s operations manager.

Corey has not been lucky in love. The History television star has undergone two divorces in the past few years, which is not always the best thing to experience.

He was first married to his high school sweetheart, Charlene, in 2009. But the two later divorced in 2015 after only six years in marriage. The main reason for their breakup was not given, but rumor has it that Corey’s party lifestyle and busy work life impacted their relationship, causing it to fall apart.

Harrison had another wedding in 2017, this time marrying Korina. However, their marriage only lasted a year, but the two remain friends. Korina was pregnant with Corey’s son during their divorce. They named their son Richard Benjamin Harrison.

Korina and Corey had been spotted together after their split, fuelling rumors that they were back together. But they never publicly announced their reconciliation.

More recently, there have been speculations about Corey dating one Tara Pasley. But, it is still unclear whether he and Tara are together because he also posts a certain blonde on his Facebook and Instagram accounts.

Corey Harrison’s grandpa, Richard ‘Old Man’ Harrison, was the family’s patriarch and founder of the pawn shop, which he started in 1989.

Richard Harrison featured prominently on Pawn Stars before passing away on June 25, 2018, at 77 from Parkinson’s Disease.

Harrison’s death came as a shocker because fans didn’t really know that he was sick; he didn’t look sick at all.

So, Corey has seen his fair share of life’s ups and downs. But, the TV star is still alive, kicking and working hard at his family business.