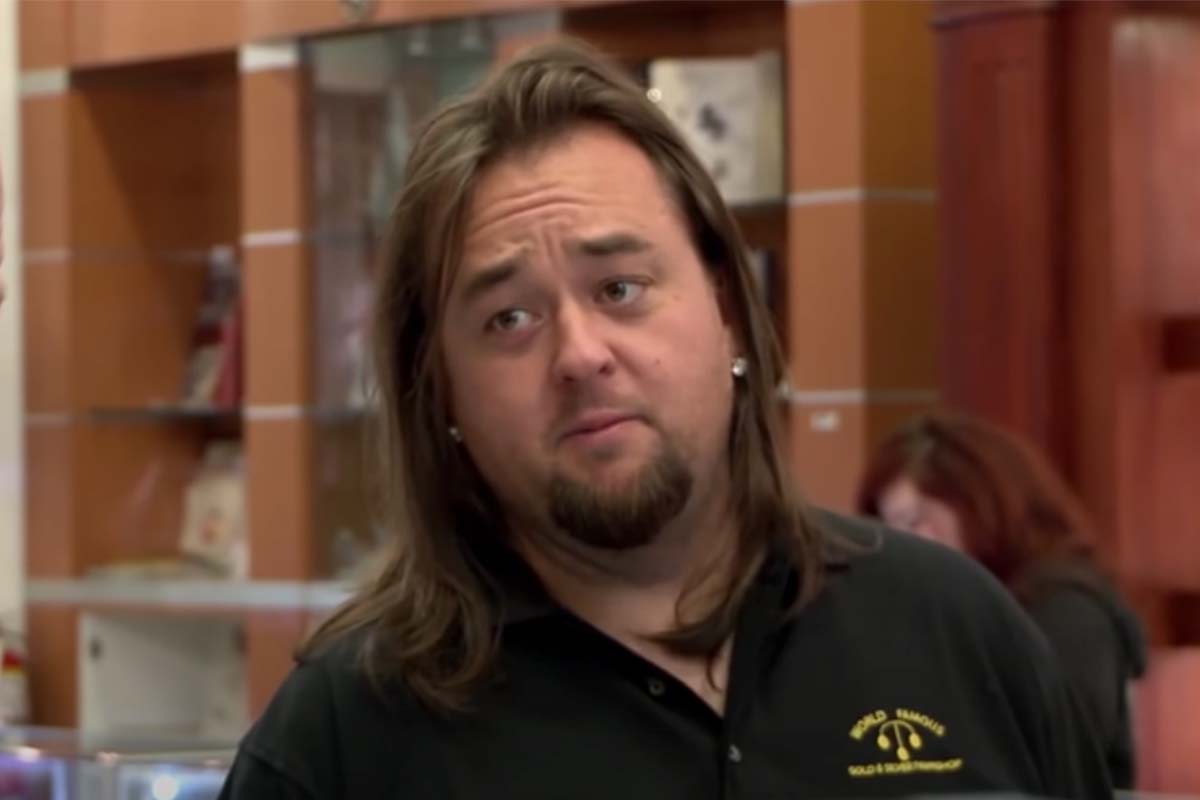 Since its debut in 2009, Pawn Stars has been one of History Channel’s most popular shows. With new episodes still airing in 2022, it is probably one of the longest-running too.

The reality TV series gives us an insider look at the pawn business through the eyes of Rick and Corey Harrison, the owner of the popular Gold & Silver Pawn Shop in Las Vegas, and their friends.

One of the most relatable, recognizable, and beloved cast members is Austin Lee Russell, aka Chumlee. This dude is funny, fun-loving, down-to-earth, and smarter than Rick Harrison and Corey make him out to be.

Chumlee has been on the show since day one, and there is no doubt that Pawn Star wouldn’t be the same without him. So, fans couldn’t keep calm when he went missing for some time, and everyone was wondering what happened to Chumleee on Pawn Stars.

Well, the short answer is a lot happened. Read on for all the deets on Chumlee’s legal issues, weight loss, marriage, and more!

In the early days, Chumlee played a supporting role on Pawn Stars, with Richard (Old Man), Rick, and Corey being the main stars. Chumless worked at the back of the shop and wasn’t involved in the negotiations.

But Chum Chum, as he is fondly known, quickly demonstrated his smarts and specialized knowledge of unique artifacts such as pinball machines. As the series progressed, his role at Gold & Silver Pawn Shop expanded.

When Richard Harrison passed away, Chumlee took on even greater responsibilities at the shop and became the show’s breakout star.

What happened to Chumlee? Is He Dead?

Sometime in 2016, History Channel stopped featuring Chumlee as an active cast on Pawn Stars, and as soon as this happened, a ferocious storm of rumors broke out.

There were speculations that the reality TV star had died of a marijuana overdose. Some claimed that Chumleee died of a heart attack.

But, all of these were death hoaxes. Chumless is alive and kicking, despite his various run-ins with the law. In 2016, he was accused of sexual assault, and police officers raided his Las Vegas residence.

During the search, police found all kinds of drugs, including marijuana, Xanax, crystal meth, and some white residue believed to be cocaine. Firearms were also discovered.

The Pawn Star personality was arrested but later posted a $62,000 bond and was released.

Two months after the raid at his home, the courts charged Austin Russell with a whopping 20 felony counts, including the unlawful possession of firearms. He pleaded guilty to the felony charges of illegally possessing firearms and the misdemeanor of drug possession.

The Pawn Star reality star was slapped with three years of probation for the weapons charge and was required to go for counseling. He wasn’t charged with the sexual assault claims and completed his probation in 2019.

How Much Weight Has Chumlee Lost?

Since the start of Pawn Star, we’ve known Chumlee to be heavier in terms of his weight. Then, as if overnight, the reality personality lost a huge amount of weight and cut a trim physique that left fans’ tongues wagging with disbelief.

How in the world did he manage to lose all that weight so fast?

For years now, the Pawn Star has wanted to lose weight and get healthy. Speaking to People Magazine in 2014, he said, “It was time for me to get healthy. I began at 320, and now I am at 225.

He added, “I began by eliminating processed foods except for mustard. Now my motto is ”Everything in moderation.”

Chumlee’s long-time friend and co-star on Pawn Stars, Corey Harrison, was a big inspiration for Chumlee’s own weight-loss journey. Corey lost about 200 pounds through dieting, exercise, and lap-band surgery. He told People that Corey was the inspiration behind changing his lifestyle.

Chumless began with natural ways to lose weight, but as he explained to TMZ, his weight kept fluctuating, forcing him to go the surgical way. In February 20109, the reality star underwent gastric sleeve surgery, an elective surgery in which a big portion of a person’s stomach is cut out to make the stomach smaller.

In 2022, Austin Russell weighs about 190 pounds and is committed to keeping his weight low and stable by sticking to a positive lifestyle.

Did Chumlee get married?

While Chumlee was on a hiatus in 2016 due to his legal battle, something good happened to him: he met Olivia Rademann, who would later become his future wife. They were engaged in 2019 and got married in the August of that same year.

The current candy shop owner and businessman subtly announced the engagement on his Instagram handle with a picture of his fiance’s hand sporting a beautiful diamond ring. The picture was captioned, “Now you know.”

So, he did get married but is Chumless still married? Well, it is hard to tell.

In 2020, Austin Russell deleted all photos of Olivia from his Instagram feed. There has been no public announcement from either of them on the state of their marriage, but rumor has it that they have gone their separate ways.

The popular Pawn Star went an extra step and deactivated his Instagram account, so it is difficult for fans to know what is going on with him right now in his personal life. For now, we are content with seeing him doing his thing on Pawn Star.