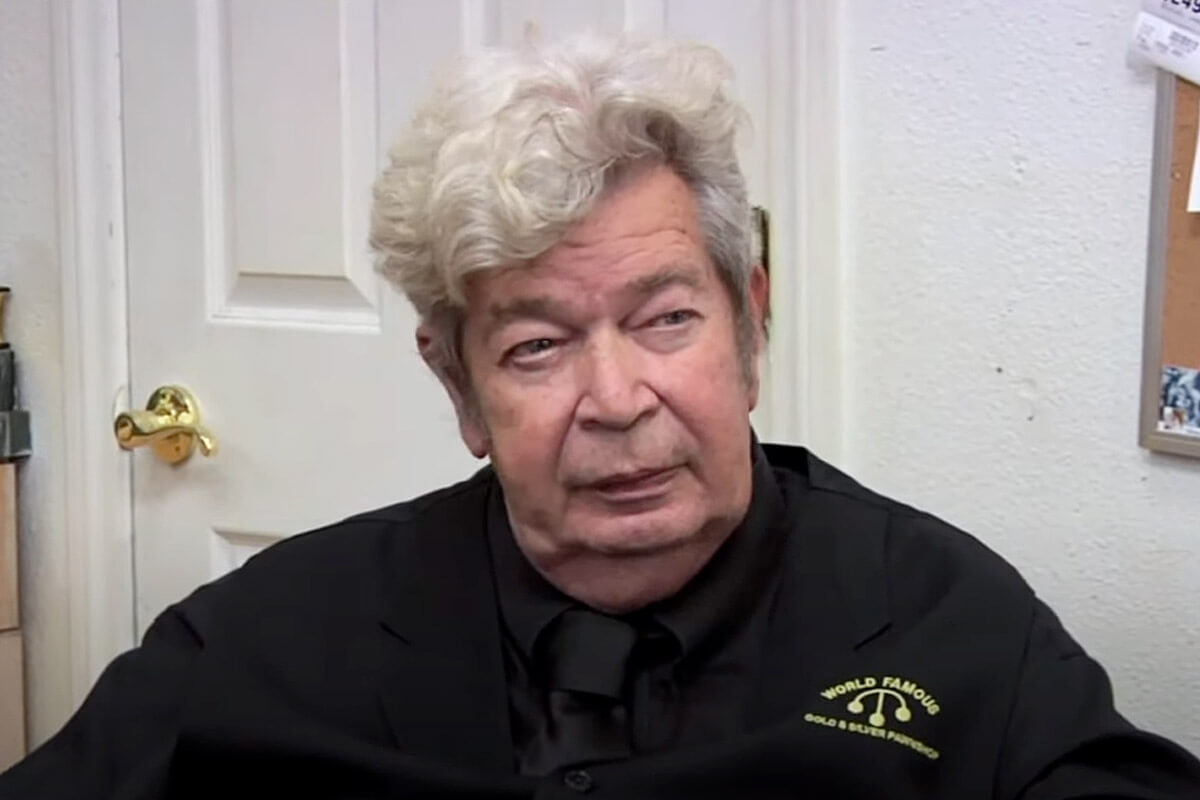 Pawn Stars’ Richard “Old Man” Harrison did an exceptionally good job of combining a wicked sense of humor, tough love, and good business sense. He graced our television screens for about ten years, his presence bringing a good dose of magic and happiness.

So, when he went MIA from the television series for a time, fans couldn’t help but wonder, “what happened to the Old Man on Pawn Stars?”

We have the full story of why the Old Man is no longer on Pawn Stars.

Did The Old Man From Pawn Stars Pass?

If you have heard rumors that the Old Man from Pawn Stars passed on, we hate to confirm that this is not a rumor but the truth.

“Richard Benjamin ‘The Old Man’ Harrison passed on surrounded by his loved ones,” Rick announced through his Instagram account at the time.

He added, “He will be tremendously missed by our family, the Gold & Silver Pawn team, and fans worldwide.”

Rick said his dad was his hero, and he was lucky to have such a cool dad as the Old Man.

His son Rick commemorated the Old Man’s honorable personal life, which he lived fully while giving his best to the Pawn Stars show.

“He lived a full life throughout the History channel series, Pawn Stars. He touched the lives of people, teaching everyone he met the value of loving your family, and the importance of working hard, and of course, humor.”

The Life and Times of Richard Benjamin ‘The Old Man’ Harrison

Richard Benjamin Harrison Jr. was born in Danville, Virginia, on March 4, 1941. His family moved to North Carolina, where he attended Lexington High School but only stayed until his junior year.

The young Harrison had to make ends meet, given that his family was poor. As a 14-year-old, he drove a school bus, which he parked at his house. He woke up early to pick up and drop off school children, a job that earned him 5 to 6 dollars weekly.

When he was still on Pawn Stars, the Old Man’s family would refer to his time in the U.S. Navy, where he served for more than 20 years in different roles.

In his book, Licence to Pawn (2011), Rick Harrison narrates that legend had it that the Old Man once stole a car when he was just 17. When he was arranged in court, the judge gave Harrison a choice to enlist in the military or go to jail. He opted for the former and started his military career.

He left the military in 1962 after completing his four-year term. But he reenlisted after two years to pay for his newborn daughter’s medical expenses. During his time in the Navy, he worked in several roles, including at the Tactical Air Control Squadron and later at the Commander, Cruiser, and Destroyer Group.

Harrison was a diligent worker and was promoted severally, finally earning the position of a first-class petty officer. He retired from the Navy in 1979.

In an interview with the Navy Times, Harrison said, “Out of the 20 years I was with the Navy, I was deployed about 10 years. I only left because I had three teenage boys whom the wife couldn’t handle.”

What Was The Old Man’s Cause Of Death?

Richard ‘Old Man’ Harrison had battled Parkison’s Disease for a while, which must’ve been a difficult time for him. The popular reality TV star stopped coming to the show in early 2018 and succumbed to his illness in the middle of that year.

Although his physical presence is sorely felt at Pawn Stars, the popular American reality television series has gone on just as Richard Harrison wanted.

The remaining reality series stars, Rick Harrison, Corey Harrison, and family friend Chumlee, still refer to the Old Man a lot, even though it has been four years since his passing. The best part is that you can still notice the Old Man’s framed picture hung behind the shop counter.

How Much Was Old Man Harrison Worth?

It should come as no surprise that Richard Harrison was quite a wealthy man. He founded the famous pawn shop, Gold & Silver Coin Shop, in 1981, and later, in 1989, he expanded his family business by setting up the World Famous Gold & Silver Pawn Shop at 713 Las Vegas Boulevard South after moving from San Diego.

The Old Man’s exact worth is unknown but what is for sure is that he had numerous assets at the time of his death, which he left to be divided among his sons and wife, Joanne Rhue. His wealth also included a real estate business empire.

However, it came as a shocker when fans of the History television show discovered that Old Man Harrison had left one of his three sons out of his Will.

It is alleged that initially, Harrison’s Will included all his three children and wife. However, a year before his passing, he updated the Will, this time leaving out his son Christopher Harrison.

Richard Harrison wrote in the document, “I would like to express my love and affection for Christopher Keith Harrison. However, for the purpose of this Will, I have with full knowledge failed to provide for him and his issue.”

The family provided no further details as to why Old Man left out Christopher Harrison as a beneficiary of his inheritance. This is obviously something the family would like to keep as a private matter.

So, if you wondered what happened to The Old Man on Pawn Stars, now you know he passed back in 2018 after succumbing to Parkinson’s Disease.