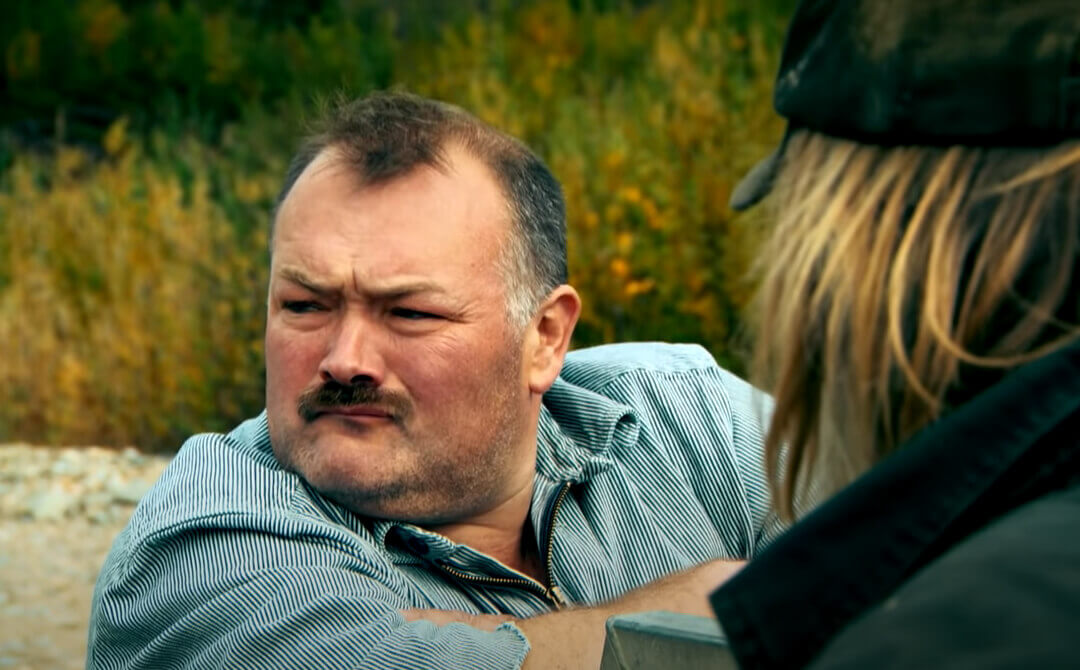 Gold mining is a massive operation that requires the input of dedicated, skilled, experienced, and hardworking servicemen and women. If you are in the business, you can’t afford to hire weak, inexperienced, and lazy guys.

There’s too much at stake to go in that direction.

Gold Rush bosses know this all too well and are constantly on the lookout for top talent in the industry.

One of the best contractors to have appeared on the show is the delightful Gene Cheeseman.

No doubt he was one of the finest stars on the show. However, despite being a fan favorite for a while on the reality TV show, he disappeared from our screens in  2017. Today, we take a look into what happened to him.

Gene Cheeseman, At A Glance

Gene Cheeseman is an American contractor and TV personality. He was born on the 23rd of October 1968 to a humble family in Juneau, Alaska. From a young age, Gene enjoyed pushing heavy machinery and putting his hands to work. He grew up learning how to work hard no matter the conditions.

By the age of six, Cheeseman had learned to push snow in a D6 dozer.

Fans were introduced to him at the start of season four in 2017 when Parker Schnabel announced that he would be his new foreman. He starred for the entire Gold Rush Alaska season with the young Schnabel as his boss. Gene shone in his tasks and responsibilities.

He would see the big picture and do all he could to achieve his set targets. The contractor would do everything from pushing his workers to fixing stuff to moving dirt. Parker once referred to him as an MVP employee.

Apparently, Cheeseman’s great grandfather was a gold miner. That is not to say his passion and interest in mining gold was handed to him. The middle-aged man has had to work hard for his bedrock gold.

Gene worked as Parker’s foreman from 2013-2016, but then he fell out with his boss. Sad, but these things happen. Parker Schnabel was devastated when he got the news that his former mentor had decided to call it quits.

Little did he know, but Cheeseman had already been in talks with claim owner Tony Beets, who asked him to join his crew in 2017.

Beets hat this to say about hi snew hire:

“Any company that can employ a man like Jean be more than happy to have guys like that. They can name their own price pretty well because you know, you’re gonna get 110 percent!”

Find out how much gold miners can make.

Soon after, Gene appeared in Eureka Creek Claim as a member of the Beets mining crew. When fans thought they would see more of Cheeseman on his second job, he disappeared again, not finishing the entire 2017 season. When the 2018 season came around, fans didn’t see him again either.

Death Rumors, Are They True?

It is unfortunate, but when the network and Gene himself went mum after he departed from Gold Rush, fans assumed he’d died. Well, in all fairness, others thought the TV star had decided to stay away from the limelight perhaps to be near his family.

However, death rumors were perpetrated all over the place. Fans are still healing from the death of James Harness, which happened in June 2014. That perhaps had something to do with the rumors.

If you are wondering if Gene is no more, don’t be. The man is alive and healthy as can be. Even if he chose to zip up about his exit from TV, the man is well wherever he is.

For one, Discovery Channel pays tributes for departed stars. Often, that means dedicating one episode to honor the legacy of the dead. Nothing of the sort has ever taken place since Gene left the scene in 2017.

Fans took to social media to pry for answers about what happened to one of their favorite stars, but the network has kept mum. Gene’s social media accounts don’t have much detail either. He pretty much went under after leaving TV. His Twitter account has not been updated in years.

That can only imply that the man simply wants some privacy. The most important thing is that he’s alive and not dead, as many have alluded to.

Where Is Gene Now?

You’ll be happy to know that Gene Cheeseman is back on Gold Rush again. His workmanship and talents are too good to waste. Reports claim that the contractor made his comeback for season 10.

This time, it was Rick Neiss who called him to join his team. After a devastating start into the season, Rick was desperate to turn things around quickly. Right of the bat, Cheeseman brought his A-game and is already solving problems. Fans need to wait to see what’s in store for their beloved star.

Is Gene Cheeseman from Gold Rush dead? No. The fact that he’s part of Season 10’s cast goes to prove that all the death rumors were wrong. For some reason, he just chose silence about his disappearance in 2017. For that, we’ll never know unless he decides to tell us why he chose to do so.

All we can do now is sit back and enjoy watching the super talented man mine gold expertly and impressively.

Do you know who makes the most money amongst the gold miners? Find out here.