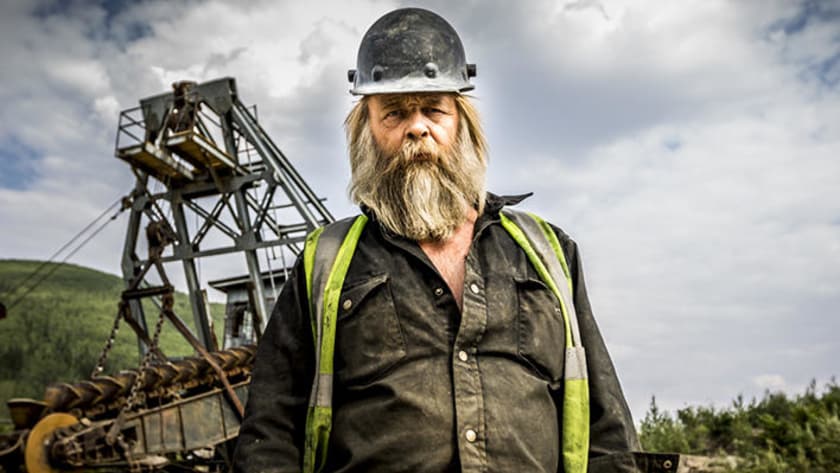 Anyone that has watched an episode or two of Gold Rush on Discovery Channel has a rough idea of what gold mining looks like. Before finding physical gold, the mining crews have to go through an intense exploration and mining exercise. Often, this means using excavators and other heavy machinery to dig down for the precious metal. Thanks to its high density, gold always settles at the bottom.

According to Simply Hired, the average salary rate of a gold miner is $71,893/year. Barrick Gold Corporation puts the figure at $8,237/year.

The latter number is above the national average by 17%. Of course, many factors play into how much a miner makes from mining gold. Take, for instance, the stars of Gold Rush. With the kind of machines they have, capital to splurge in the business, connections, experience, and workmen, they can rake in millions of dollars per year doing what they do.

On the flip side, an individual without the right tools and experience can quickly go home empty-handed. Mining gold is a risky and challenging affair. Many people give up within their first year of doing it. However, those that know how to play their cards well are millionaires and billionaires.

What it takes to mine gold

The entire gold mining process boils down to four stages: exploration, mining, extraction, and refining. Back in the day, the discovery of gold was based on sheer luck. One would be walking around only to see a shiny yellow glint between rocks beneath the surface of a water body. Now, the story is different, thanks to the introduction of technology to the world.

Geologists have studied and understood the formation of gold. They know that albeit invisible, gold mixes with soil and rocks to form some deposits. The search for these deposits is the exploration process. Some of them have pure gold, but many have gold mixed with silver and various metals.

The 25-year old had this to say, “You have to find a way to move dirt quickly and in an efficient way. Moving dirt is the number one key to mining success. Gold can be hidden 20 feet under tricky layers of dirt and mud. The first layer usually has permafrost and rocks, and the second layer, paydirt. Removing the permafrost is the trickiest part. If you don’t get to it in good time, it will melt and become black muck known to stop mining altogether. Navigating it costs money and labor. To make money mining gold, you have to make the right decisions that pay off. Else, you will walk away with empty pockets.”

There are different ways of mining gold, with the common one being the use of explosives. Miners have to dig up holes using specific patterns then fill them up with explosives. Once detonated, the explosives will break ground, which is then loaded on trucks. Sometimes, miners have to carry underground mining, in which case they will drill a shaft to the bottom to gain access to the deposit. Then they will dig vertical channels referred to as “stopes” from where explosives are placed and detonated.

After removing gold-bearing rock deposits, miners will proceed to extract the metal. Here, huge crushers reduce the rock chunks to gravel-like material. Rotating drums then reduce the size of the gravel to a powder or fine slurry. Next, the slurry is mixed with water and taken through a chemical process that separates the liquid gold from everything else.

In the second last step, smelting purifies the gold and changes it from liquid to solid. Molds are then used to get gold doré bars. The bars are nearly pure, but they need one more step to get them even more pristine. This is where refining comes in. The process removes all the impurities left behind during smelting and results in 99.9% pure gold. The actual procedure is much more complex and intense, but that’s the short of it.

Gold miners do make a pretty penny every year, but they have to get through serious challenges to reach there. Buying good machinery, having the right experience and knowledge, working with the right team, and making good decisions all contribute to making a miner wealthy and happy.