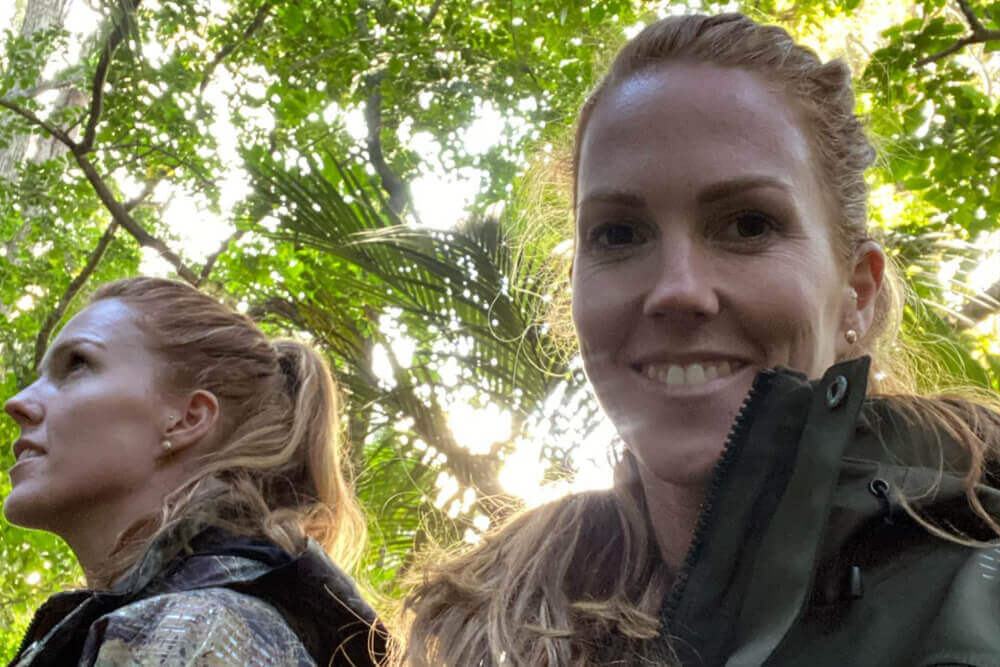 One try on Discovery Channel’s Naked and Afraid, a show where contestants are taken somewhere inhospitable, with no food, no water, and no clothes, is downright torture, but appearing on the show several times is something made for only the truly adventurous.

From the show’s many elite survivalists who have appeared on multiple iterations, fan-favorite twins Amber and Serena Shine stand out.

The “Wild twins,” as they refer to themselves on social media, have been a fixture on Naked and Afraid since 2019.

However, amongst being hesitant to join the show and being more than just the twins who love surviving naked, there is more to the wild twins, which we reveal below.

The twins were initially skeptical about joining Naked and Afraid

Although Fans of the show would know how twin sisters Amber and Serena Shine are always up for serious survival joyride, the Kiwi twins were skeptical about joining Naked and Afraid.

In a shocking revelation made in the NZ Herald, the kiwi twins revealed that they are a conservative bunch who would never be comfortable with people seeing them naked on Television.

“We’re actually pretty conservative, so the idea of being naked on TV didn’t appeal to us at all when we were first approached,” said Serena.

When producers first reached out to the New Zealand natives on featuring on the show, the premise felt like a scam, with the twins deciding to turn down the offer.

But after doing their research on the reality series, they realized its popularity in the US and took it up as a way of embarking on a new challenge.

“From a young age, we have loved the outdoor, ” Amber explained in an interview with Stuff.

She continued, “We would always choose a day outside rolling around in the mud getting dirty over being indoors playing with dolls. ”

In addition to being innate adrenaline junkies, they have climbed North Africa’s highest mountain, ventured a 25-day voyage from Hawaii to San Francisco in a small boat, climbed mounts Cook and Everest, dogsled for 322 kilometers through Oregon, and climbed trees with howler monkeys in the Amazon.

No wonder producers thought of them as the perfect choice for the show.

From being totally engrossed by seeing each other butt-naked and bearing it all for the world to see, the sisters quickly became fond of the idea that being naked made the challenge a lot harder, agreeing to feature on the series Naked and Afraid.

If you can’t recall the twin’s run on Naked and Afraid, here is a quick look back.

The twin sisters first appeared on a Naked and Afraid spin-off called Twin takeover in 2019, where they had to take on a 21-day Naked and Afraid challenge in South Africa’s Selati Basin alongside twin brothers Thomas and Warren Virgets.

As you could have guessed, the two had to brave it out naked, in South Africa’s hot Limpopo region, with just a machete bow and arrow to hunt for food and protect themselves from predators – calling it their biggest challenge yet.

They initially planned to survive off scorpions and snakes, which after arriving in the wilderness, they realized had gone into hibernation.

Seen as an epic test to their survival skills, the scorching hot basin of South Africa meant their surroundings were dry and barren, so there was no edible plant to eat either.

Probably the most inhospitable part of their days naked was finding out they’d need to contend with a territorial, lone bull elephant.

In an interview with Stuff, the twins re-accounted their ordeal with an elephant that rampaged through their makeshift tent, destroying everything in its path. Headed for the women, the two tried to scare him away, with the agitated elephant backing off temporarily before returning. Luckily, they escaped unharmed.

‘It was one hell of an extreme survival challenge, and… really showed us how far we can physically and mentally push ourselves as human beings,’ Amber said.

As a result of the level of peril, the two-faced, 30-year old sisters dropped 7 kg each during the African challenge.

Amber and Serena appear in Naked and Afraid of Sharks 2

Anyone would think the ordeal in South Africa’s scorching basin was enough for the twins to let go of their catastrophic adventurous ways. Still, it just made the twins more eager to appear on a spin-off, specifically produced for Shark Week.

In yet another excruciating challenge, the kiwi twins took on a deserted island in the Bermuda triangle and competed for food with hungry alien sharks.

A day in the office for the wild twins is more than just galivanting in the wilderness and subjecting themselves to either dehydration, heat exhaustion, or predators. Fans may be surprised to know the kiwi twins have explored different career avenues, including writing a book. 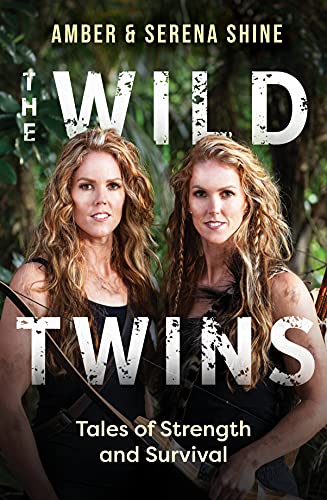 Amber is a civil engineer by day when they are not in the wilderness, while her twin sister Serena owns and operates Glam Camping at Waiuku’s Castaways Resort (no surprise here at all ).

But with the twins having proven time and time again that what ignites them the most is a tough challenge in the outdoors, we are guessing it will not be long until the kiwi twins sharpen their survival skills on yet another season of Naked and Afraid.

We dare them to mingle with the cast on Naked and Afraid of Love!