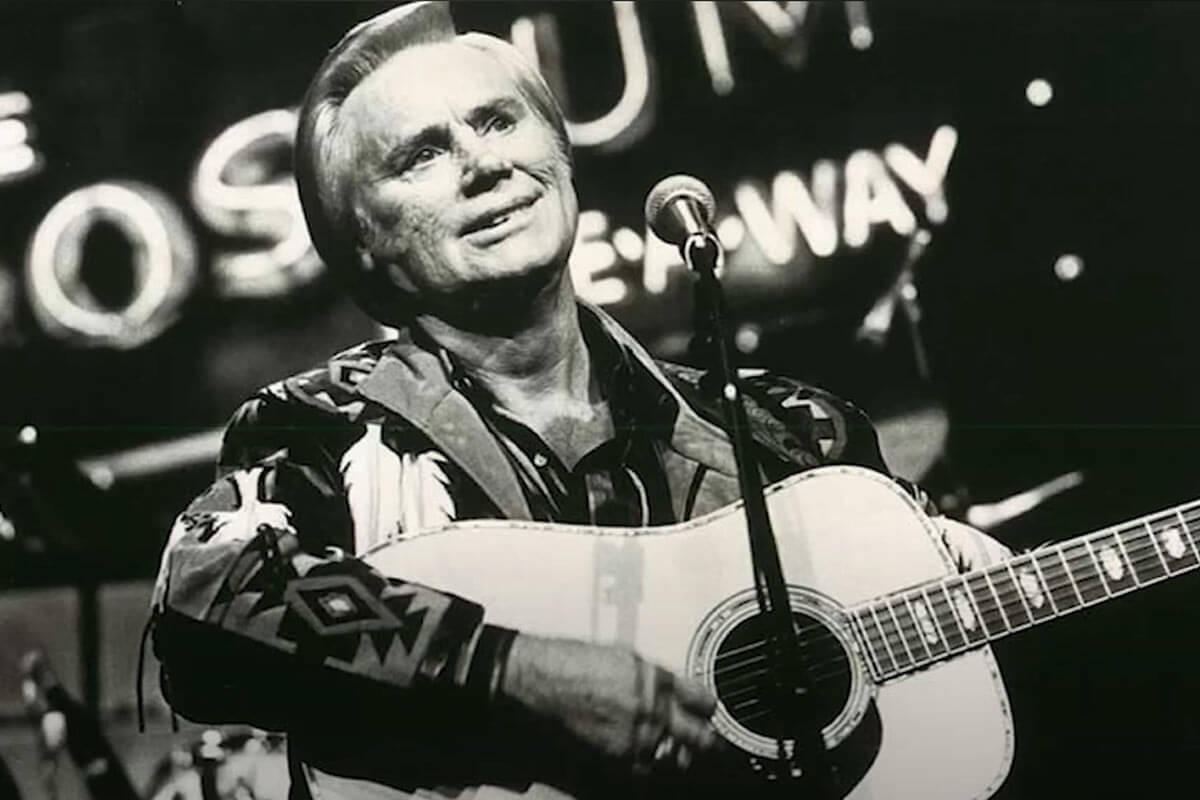 Whether you are a diehard fan or a casual country songs listener, you have at least heard about the tales of wildness that consisted of George Jones’s life and times as an alcoholic.

The country legend let down many people, but the upside is that in the end, after multiple years of battling addiction, he rescued himself.

In addition to his fond nickname, The Possum, Jones also earned himself the not-so-endearing nickname, No Show Jones, in relation to the number of appearances he had been booked for, to which he never showed up.

Believe it or not, this country star missed more than 50 shows in a single year alone, and this was usually because he was too high to perform on stage.

Those who knew George Glenn Jones were surprised that he lived well into his 80s, given his drunkenness, risky behavior, and outright hard-headedness.

Read on for the insider details on George Jones and addiction that left a mark on the history of country music.

George Jones Sunk Deep Into Alcoholism After His Father’s Death

Like many country musicians, alcohol was the go-to remedy for George Jone’s woes. His problem worsened by the late 60s despite the incredible fame he was beginning to garner.

His father’s death seemed to have greatly affected Jones, who sought solace in excessive drinking. By this time, his first two marriages had gone down the drain but the famous country singer was not about to stop his excessive drinking.

Jones was first admitted in a neurological hospital for his drinking problem and abuse of amphetamines in 1967 following the passing of his father, George Washington Jones.

At this time, he was married to Shirley Ann Corley and it was also around the same time when he first hiked a lawn mower to a local pub after his wife hid his car keys to prevent him from going to the pub in the first place.

When he married fellow country singer, Tammy Wynette, there was a sigh of relief that George Jones drinking problem would end. Things looked up for sometime but Jones replaced, sinking further and further into his addiction.

The birth of his first child with Tammy Wynette, Tamela Georgette Jones, did not deter the country star from his substance abuse.

In October 1970, Jones was back in hospital where he had to be put in a straitjacket at the Watson Clinic in Lakeland. He spent 10 days in an isolated padded cell and the hospital administered Librium, a sedative that would calm Jones down for a few hours at a time.

His Manager Introduced Him To Cocaine

Just as is portrayed in the limited series, George & Tammy, early in his career, George Jones was first addicted to alcohol and then to pain killers.

But, after years of abusing these substances, he was no longer getting the same high as he was when he first started. Sol, when the opportunity for something stronger came, he did not hesitate to grab it.

One time, he was at a low point, personally and professionally and a man by the name Sugar Baggott (who would late become his manager) suggested he tries cocaine to get him  out of his rock bottom.

One night, Jones was so depressed and high on booze, he could not perform a show. This is when Baggot dragged him to the back, giving him a pinch of cocaine and told Jones that he would sniff the substance would allow him to perform all night.

From then on, Jones became hooked on cocaine.

“I did not want to lose the feeling. So, I overdid it multiple times,” he said of his addiction.

Shockingly the country singer later admitted that his management encouraged his drug abuse habit to control and get him to do what they wanted.

One time, when Jones was high out of his wits during a recording session, his management got him to perform a physical examination to take out life insurance in his name. The end game was to collect huge sums from the insurance company as they had hoped Jones would die soon.

Luckily, his fourth wife, Nancy Sepulvado, was having none of it and played an important role in preventing the management from exploiting George Jones.

He Turned Violent and Was Involved With The Mafia

According to those close to him, George Jones was hardly ever sober. Spending most of his waking hours drunk and high as a kite, the country music star found himself engaged in violence and crime.

In 1978, his ex-girlfriend, Linda Welborn sued him for physical violence. His famous wife, Tammy Wynette also once admitted that at one point Jones chased her down with a loaded rifle!

His fourth and last wife, Nancy Jones, also got her share of beatings and poor treatment when Jones was drunk. Still, she is credited with helping the country artist get sober.

At around the same time, he got involved with drug cartels and would settle debts in exchange for drugs, according to country music historians.

His Drug Problems Got Him Bankrupt

Inevitably, his involvement with mafia groups and wild addiction to alcohol and drugs ate away at his finances. Despite being among the richest musicians in country music history,  George Jones filed for bankruptcy in 1978.

The following year, the famous country singer had lost everything, including his recording contract with Epic Records and was living in his car. Jones also got admitted to the Alabama Hillcrest Psychiatric Hospital but once he left, he continued with this bad habits.

All throughout, he kept insisting that he did not have a drug problem and had to be forcefully arrested to be taken to the hospital.

George Jones Got Into A Serious Accident

As you might expect, drinking and driving never has a happy ending. Despite his career experiencing a resurgence in the early 1980s, George Jones still kept hitting rock bottom, having problems with his close ones and getting into trouble with the law.

At the start of 1982, police in Mississippi pulled over the He Stopped Loving Her crooner and arrested him for possession of and driving under the influence of cocaine.

While driving home, he got into a serious accident, which wrecked his car, and he had to spend days in the hospital, where he was treated for his injuries and alcohol and drug abuse.

As usual, as soon as he left the hospital, the country music legend fell back into the dark abyss of his addiction.

Jones had many wild moments after this, including getting arrested multiple times, getting into fights with camera crews, and missing even more shows while also recording some of his most popular songs.

It is safe to say that March 6th, 1999, was a turning point for The Possum. The troubled crooner got into a tragic accident near his Franklin, Tennessee, home after crashing his vehicle. Jones suffered multiple major fractures and injuries, including internal bleeding, punctured lungs, and an injured liver. Police found an open vodka bottle in Jones’ SUV.

In one of the lowest yet sobering points of his life, everyone’s favorite country singer finally pleaded guilty to driving under the influence of alcohol. He even held a press conference addressing the media and his fans and taking responsibility for his actions.

After this incident, the She Thinks He Still Cares crooner quit alcohol and cigarettes and kept it that way until his passing in 2013 from respiratory failure.