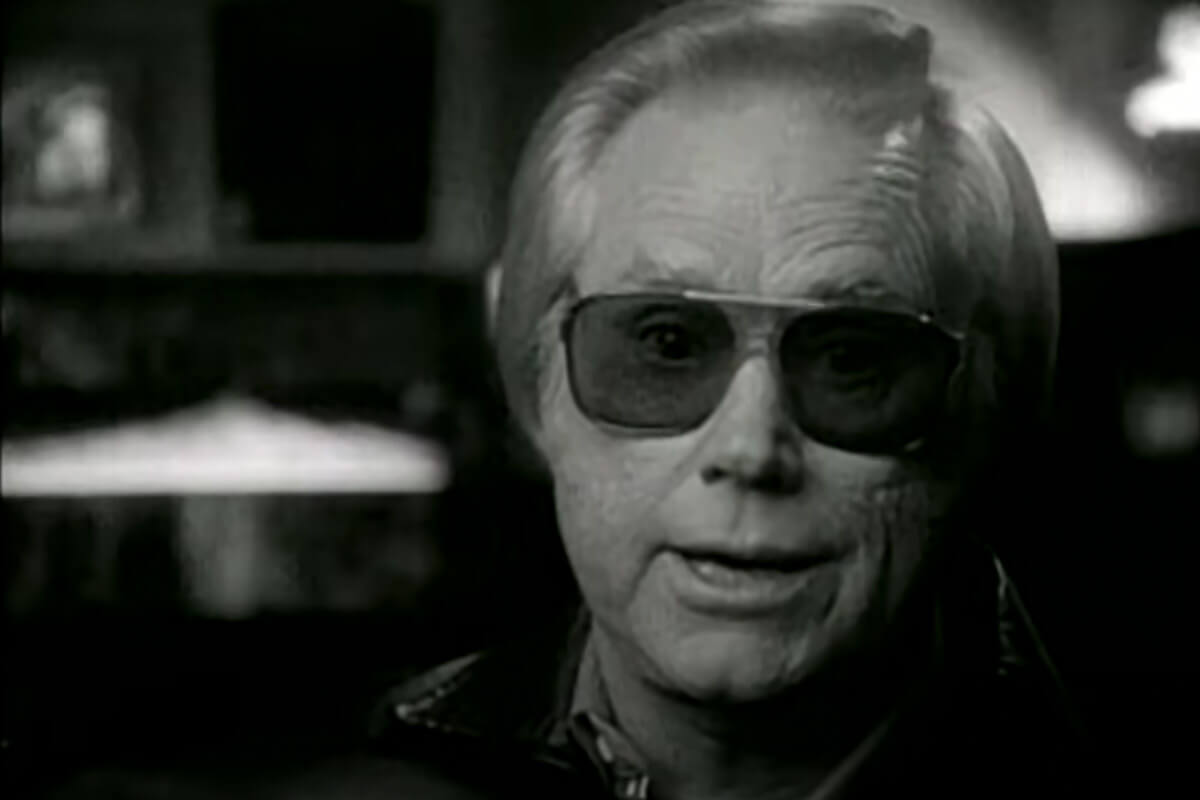 There’s no doubt that George Jones took the country music scene by storm. His grizzly, bourbon-laced voice and possum-like looks earned him fanatic adoration among his millions of fans and rewarded him with a spot as one of the country greats.

As an all-time music legend, Jones scored many fetes, but the one accomplishment that changed his career forever and put a mark on country music history was his single hit, He Stopped Loving Her.

Anyone who listens to this country masterpiece would be curious to know its meaning and inspiration. Just why did George Jones write He Stopped Loving Her Today?

Read on for the insider story!

Who Wrote He Stopped Loving Her Today?

This might come as a surprise, but George Jones did not write the popular country hit song “He Stopped Loving Her Today.”

The truth is country music songwriters Bobby Braddock, and Curly Putman wrote the song in the spring of 1997. Braddock had the original idea for the song and wanted to encapsulate a love so strong that only death could end it. He had envisioned it to be the story of a hopeless romantic.

Braddock shared the idea with Putman, and they devised a tentative song. Interestingly, Braddock was no longer too pleased with the song’s premise and thought the protagonist could have been a better role model.

The two country music songwriters revised the song that same year, developing a couple of versions. In one of the versions, the lover’s death is only revealed at the song’s end.

George Jones Was Uninterested in Recording “He Stopped Loving Her Today”

Another surprising fact is that George Jones wasn’t the first choice of recording artist to perform what would later be the hit song, He Stopped Loving Her Today.

Singer Johnny Russell was first chosen to record the song. He recorded two of the many versions Braddock and Putman had written, but none of these recordings were released.

Billy Sherrill, George Jones’ legendary producer, had been looking for a song that would revive his waning career and reputation.

When he came across Braddock’s song, he thought it would be the perfect antidote to Jones’ career and personal woes.

Sherill approached George Jones in 1978 and presented him with the song. But, the country music superstar was at an all-time low point in his life and seemed disinterested in anything, including this song Sherrill believed in so much.

At this point, the country artist had undergone a high-profile divorce from fellow country superstar Tammy Wynette two years earlier.

With his life in a downward spiral, he was also deep in the throes of substance abuse and had not produced a single hit in a long time.

Jones had earned a bad reputation for not showing up to recording sessions and performances, regularly disappointing throngs of country fans who had come out to watch him perform.

The famous country singer thought the song was the saddest song, terming it too cynical and too long for anyone to ever play it, let alone make it to the country charts.

He despised the melody, and it took the producer close to three years to get Jones to go into the studio, learn the melody and record the iconic song.

Sherrill felt the song missed something, so he got the country legend to sit and amend it. In the end, they shortened the melancholy song and included an extra spoken-word section of the lover returning to the singer’s funeral.

At first, the American country music artist confused the melodies from He Stopped Loving Her Today and the equally sad song, Help Me Make It Through The Night, by Kris Kristofferson. It took the country singer a year to record the song, leaving Sherrill to do his magic.

George Jones Believed The Song Would Be A Flop

Producer Sherrill struggled to get George Jones to perform the song right. Jones took several sessions to record the song from start to finish, leaving Sherrill with bits and pieces to piece together.

Sherrill put his production techniques to play, fine-tuning the song without changing too much of its essence. The early verses of the song are punctuated by a lonesome harmonica tune, interweaved by a steel guitar and covert strings. As Jones belts out the refrain, the strings can be heard coming forth and falling.

In his autobiography, Jones reveals that he had no faith in his performance and the song. “I looked at (Billy) Sherrill and said to him, “No one will ever buy that morbid son of a b*tch.”

Boy, was he wrong! The song became Jones’s first number-one hit in six years, lingering at the top of the charts for a whole 18 weeks. In 1980 and ’81, the song was feted as the Country Music Association (CMA) Song of the Year.

The same song George Jones despised helped him make a comeback in his four-decade career, going as far as earning him the award of CMA Male Vocalist of The Year and a Grammy For Best Male Country Vocal Performance.

“I was back on top. A three-minute song saved my career of four decades,” the country star wrote in his autobiography.

In addition to the public recognition and awards, CBS Studios renewed Jones’s contract. In 2021, the song earned a spot among the top 150 of the 500 Greatest Songs of All Time. It also earned a spot as the fourth out of the 100 greatest country songs of all time.

To date, few singers have dared cover the hit song, He Stopped Loving Her Today. That’s how good George Jone’s rendition of the song was and still is!