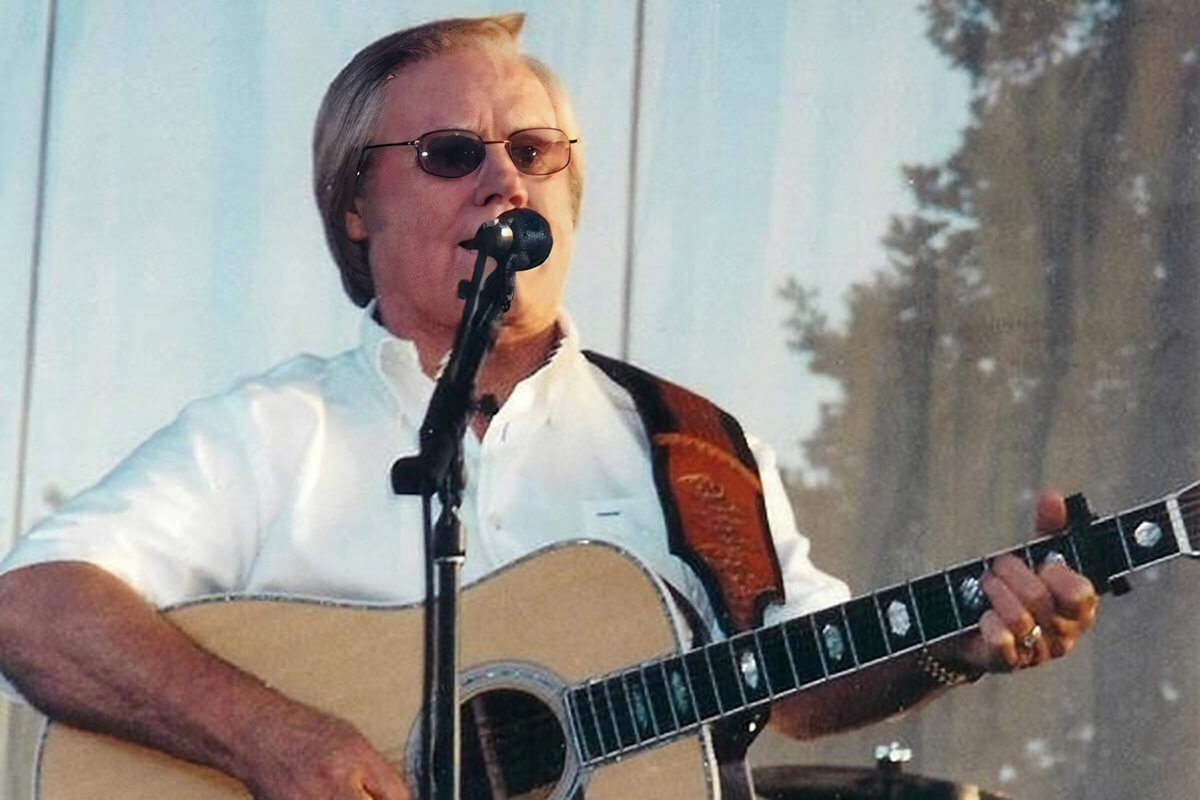 In the eyes of his fans, no one can ever come close to or outsing George Jones. The “She Thinks I Still Care,” hitmaker is considered the biggest country musician there ever was.

Jones bagged numerous Country Music Association awards and Grammys. Despite his relentless battle with alcoholism and drug addiction, there is no doubt that The Possum had a dazzlingly successful career, which came with a high net worth.

Jones had a tumultuous relationship with his and Tammy Wynette’s daughter Georgette Jones Lennon, but they made amends at some point.

So, did Georgette inherit some of her father’s assets and wealth?

George Jones’s Net Worth When He Died

It is no secret that country singer, George Jones, earned lots of money from his successful music career. He acquired a large estate and invested in building businesses with his hard-earned cash. Jones was still releasing hit songs and performing in at least 50 concerts a year toward the end of his life. 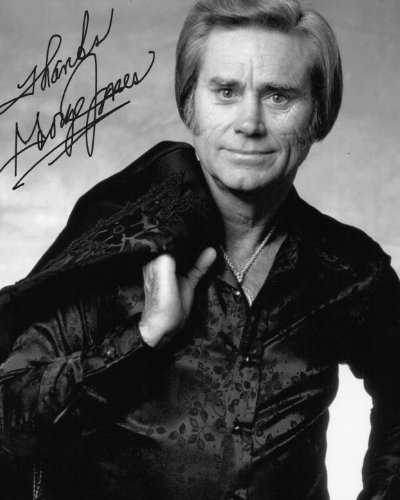 According to Celebrity Net Worth, the famous country music star had a net worth of approximately $35 million at the time of his death.

According to his daughter, Georgette, many people stole from her dad. They betrayed him with regard to his finances and wealth.

As such, he did not know who to trust and even directed his anger or misunderstanding toward his daughter, whom he thought was one of the people looking to take advantage of him.

Jones Accused His Daughter Of Being All About Money

In 2012, George Jones was admitted to hospital for an upper respiratory infection that was pretty serious and got his fans and the media talking.

The “He Stopped Loving Her Tonight” singer bounced back from that scare and soon after released a video message on his website thanking his fans for their prayers, thoughts and support. 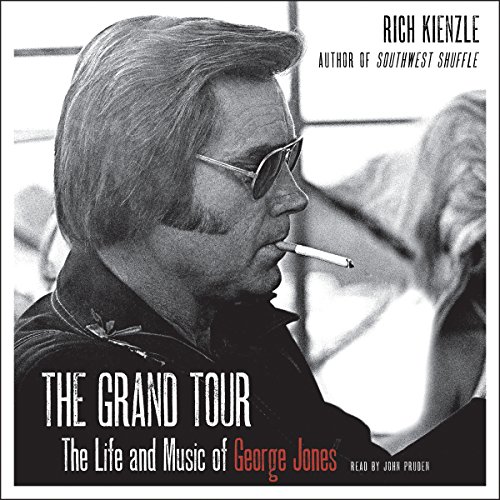 In the shocking video, he also took the opportunity to admonish his daughter, Georgette, for spreading lies and only wanting more money from him.

“I would like to apologize for the things that my daughter Georgette and her husband have put on the internet and Facebook about me. None of these are true,” he insisted.

“They are all about money. I have given and given until I can no longer give. I will never let my daughter go hungry but I am not who they claim I am and I am tired of putting out,” the country music star stated.

After getting wind of her father’s video message, Georgette responded that she had never said anything negative or malicious about her father and that she’s been trying to have a good relationship with him.

Speaking to the Associated Press, Lennon said, “All I ever wanted was to have a solid relationship with my dad. I wanted him to know that I love and I want him to be part of my life. I hoped we could resolve our issues privately but unfortunately things have escalated.” 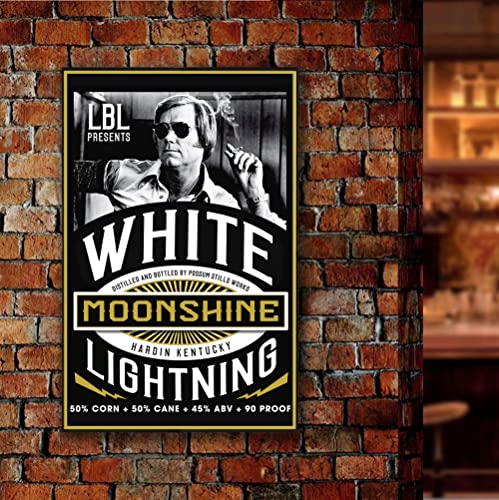 In the interview, Jones’ daughter explained that people around her dad had been misleading him about the things they’d seen on the internet and her Facebook page.

“They told him that I sold stories to the tabloid but I can prove I have done nothing like that,” she said.

“I have never wanted anything from my father,” she concluded.

Did you now that Johnny Cash disinherited his daughters?

When Jones’s health began deteriorating, and on the heels of the recent health scares, Georgette tried reaching out to her father to no avail.

Georgette admitted that she understands why her father might not trust her and believe she is after his money.

“In the past, there have been good and bad family members and friends. Some have taken advantage of him. I know it is very difficult for him to know whom to trust, even your own family, which is sad and horrible,” she explained.

George Jones and Daughter’s Relationship Was Strained Before He Passed

Georgette Jones was not George Jones’s only child. He had three children from his past marriages, including the first marriage with Dorothy Bonvillion, who gave birth to daughter Susan Jones Smith.

From Jones’s second marriage with Shirley AnnCorley, he got two boys, Bryan Jones and Jeffery Jones. And from his famous marriage with Tammy Wynette, he got a daughter Tamala Georgette Jones.

Georgette is the most well-known of Jones’s children as she followed her country music parents’ path and became a successful musician.

Unfortunately, Jones fell out with his two sons, Bryan and Jeffery, after claims that he refused to share profits from his hit songs as accorded by the divorce agreement between their mother, Shirley and their dad, George.

Georgette, however, formed a relationship with her other siblings, including her two step-brothers, and this did not go down well with their father.

In her 2011 memoir, “The Three of Us: Growing Up With Tammy and George,” Georgette said that her relationship with her dad was strained beyond repair when she befriended her two brothers, who had fallen out with their father. 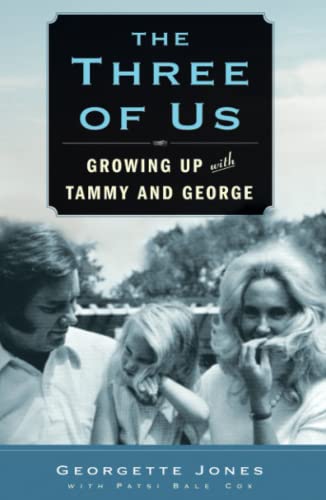 Things were so bad that Jones did not even attend Georgette’s wedding to give her away and planned a concert on the wedding day. Her then 18-year-old twin boys walked her down the aisle, something she said was completely heartbreaking.

Did George Jones Leave Any Money To His Daughter?

George Jones passed on April 26, 2013, aged 81. According to Georgette, by the time of his passing, she and her father were working on their relationship and had even recorded several duets together.

So, did George Jones leave any money to his daughter after patching things up? Well, the famous country musician was survived by Nancy, his fourth and last wife. But, as mentioned, he also had four children from previous marriages.

Jones did leave a will, filed in Nashville on May 22, 2013. In it, he left most of his assets to his wife Nancy, including their main house in Franklin, Tennesse and two additional homes in Brentwood and Nashville. Nancy also inherited Jones’s car, jewelry, and musical instruments.

It is said that Jones did not include his daughter Susan Smith in the will. In 2015, Susan filed a lawsuit against Nancy Jones, claiming her stepmother blocked her from seeing her dad in his final years. Susan also asserted that she was entitled to a portion of Jones’s estate. The case was settled out of court, with Jones’s daughter getting a $ 2 million payout.

Jones allegedly included his other daughter, Georgette Jones, in the will, leaving her a bank account worth $50,000.

The good thing is that Georgette is clearly a hard worker like her mother and has built a flourishing music career. Although she does benefit from her parent’s fame, Georgette Lennon put in the work to make a name for herself.