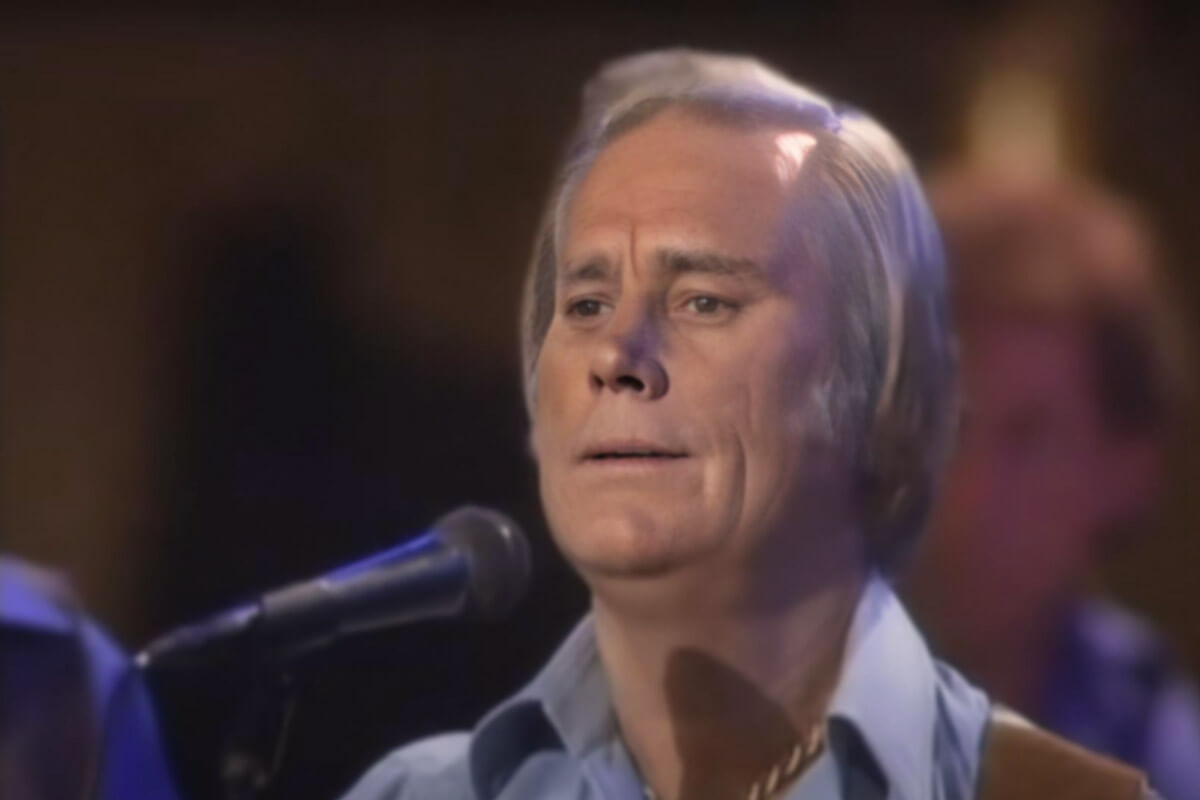 With a fifty-year career, thirteen hit singles on the country charts, and numerous accolades under his belt, recognizing him as one of the greatest country musicians, George Glenn Jones had a lot going for him.

The highlights of this classic country singer’s life were really bright, but the dark side of his legendary career and personal life could get really bleak. So dark were some of these moments he earned himself sinister nicknames that did not help his reputation.

One of these nicknames was No Show Jones, which, as you can already tell, isn’t a very endearing name. In case you are wondering how did George Jones get the nickname No Show Jones, you’ve come to the right place. Read on for the insider story on the name’s origins.

Who Gave George Jones His Nickname?

George Jones had several nicknames, with The Possum being the most endearing. He fully embraced the nickname and even agreed he looked like a possum.

Tommy Cutrer, a beloved and popular disc jockey who performed with Ralph Emery in all-night shows, gave Jones the name The Possum. They said his small, turned-up nose, tiny beady eyes, and pinched looks made him look like a possum.

“In one of my albums, I had a crew cut in a side-facing portrait. My nose looked turned up, and my little eyes were beady. I guess I looked like a possum. So, they started calling me possum, and there was no way for me to stop that,” he once said.

As for his other nickname, “No Show Jones,” the story behind it is less funny and almost ruined George Jones’s career.

George Jones’s Substance Abuse Made Him A No Show

For George Jones, fame came with a huge struggle with alcohol and drug abuse. Of course, the country icon’s story was no different than that of many country musicians of the fifties, sixties, and seventies who drank themselves to their deathbeds.

Jones’s substance abuse played out publicly; many photos were taken of him looking buzzed, boozed, and blown. In private, the picture was much worse. His first, second, and third marriages ended in divorce, with his wives citing abuse, neglect, and addiction as reasons why their marriage to George Jones ended disgracefully.

In her autobiography, George Jones’s third wife and perhaps the most popular of them all, Tammy Wynette, revealed that George would get so drunk he would chase her around the house with a loaded rifle.

So bad was his addiction that the country legend would use a lawn mower to drive to the liquor store if he could not find his car keys!

Excessive drinking, coupled with the abuse of illicit substances such as cocaine, made Jones so incompetent he would regularly miss shows and entire concerts, much to the chagrin of his fans who had paid money to see the country music star and hear his evocative voice live in concert.

Through the sixties and seventies, George earned a reputation for not showing up where he was supposed to. This habit was so bad that bar owners would use it to their advantage. They would falsely advertise that George Jones would be a guest at their bar to attract patrons.

Obviously, Jones wouldn’t show up, and patrons would assume it was the usual no-show habit and leave disappointed.

Jones’s life was full of broken marriages, broken promises, broken bottles, and broken furniture, all thanks to his alcohol problem.

Legendary producer Billy Sherrill saw it all with George Jones’s antiques and attributed his alcoholism and no-shows to cocaine.

Cocaine causes users to be alert and tolerate higher alcohol amounts. Using cocaine increased Jones’s capacity to drink more and more alcohol, which then inhibited his capacity to fulfill his professional responsibilities, such as showing up at concerts where he was supposed to perform.

Nothing is more disappointing than paying to see your favorite artist only for them not to show up after hours of waiting. Yet, interestingly, George Jones’s fans still had a lot of love for him despite him being a no-show too often.

According to Joe Taylor, an events organizer who regularly booked the country music legend, everyone around him and his fans too would make excuses for him. “Even when he was in the wrong, the fans were with him because they loved him so much.”

Despite his no-shows, the country superstar would always make it up to his fans and come back to perform at a later date.

One time, Taylor was hesitant to book Jones at an event in Chattanooga, Tennesse, because of his reputation. Luckily, he did show up and even got a standing ovation for it, given that, at one point, he had missed two different shows at the same venue.

Recording hit songs also helped salvage Jones’s career despite his reputation. “He still produced songs people could relate to even when he was in his heyday of being a No Show Jones.

For this reason, people were more forgiving of their favorite country singer,” said Shelia Shipley-Biddy, VP of Promotions at MCA Nashville, a record label where George once recorded.

George Jones Made Fun of Himself With The No Show Song

Part of what made George Jones a great success was his ability to make fun of himself. He did not take himself too seriously, and maybe this helped him sail through the worst of his struggles with substance abuse.

In line with his great sense of humor, Jones created a song, “No Show Jones,” mimicking the nickname he had earned himself.

The song, played widely on mainstream country radio, was released in 1982 as part of the album “A Taste of Yesterday’s Wine,” in which George Jones collaborated with fellow country star Merle Haggard.

At the start of the song, the two mention names of several of their fellow country singers and what they are known for.

Eventually, George Jones eased up on the booze and blow and became so settled that he was blessed concerned about hitting the bar and more worried about missing his favorite shows on TV.

Matlock was one of Jone’s favorite shows, so he would attend concerts, show up to performances, and eagerly return home or to the tour bus to catch up on his favorite shows.

“No other person was as good at making fun of himself as Jones was,” said his friend and fellow music star Brad Paisley.