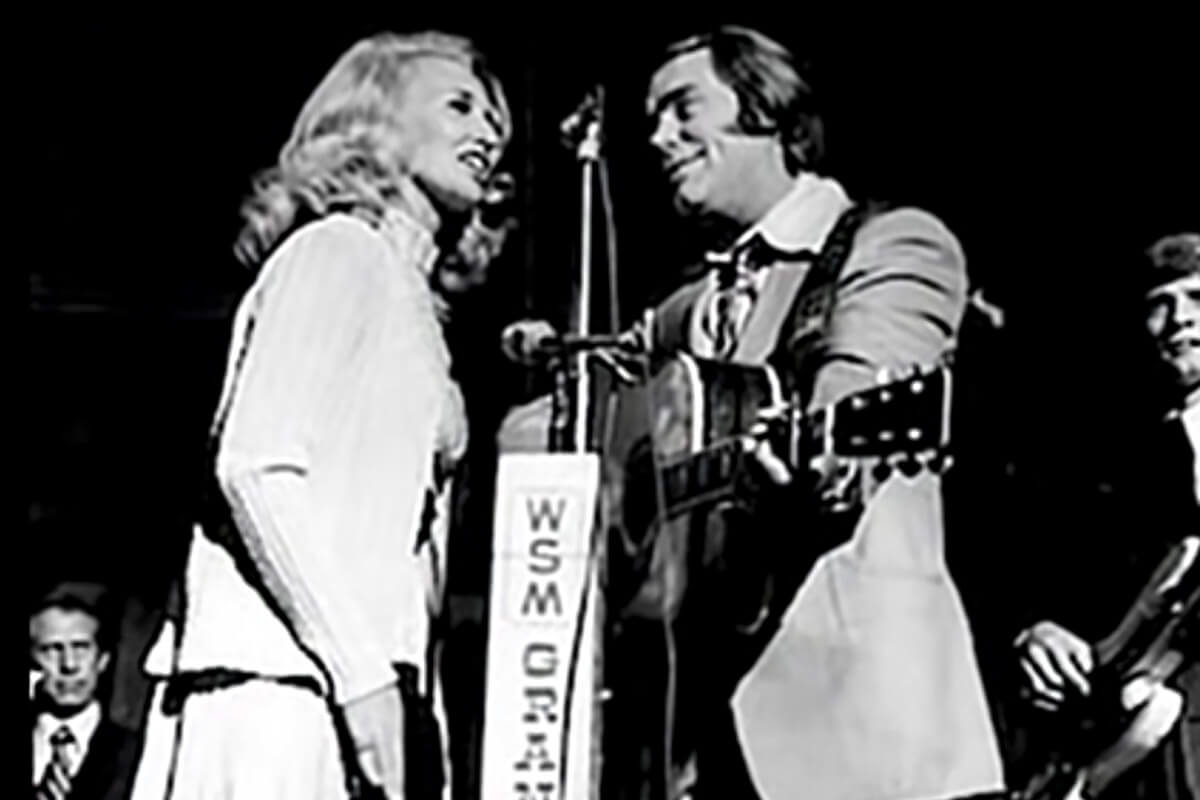 There was no Tammy without George and no George without Tammy. George Jones and Tammy Wynette rightfully earned their place as the first couple of country music not just for their musical prowess but also for their widely romanticized relationship.

After his first marriage to and subsequent divorce from Dorothy Bonvillion, one would think that Jones would learn his lessons the hard way and find true, lasting love the second time around.

But, what began as a promising union with Wynette turned out to be short-lived, ending in divorce again.

So, if you are wondering why did George Jones and Tammy Wynette divorce? We’ve got all the juicy deets. Read on to find out!

How Did George Jones and Tammy Wynette Meet?

Theirs was a true country music story as the young and handsome George Jones and Tammy Wynette met at a recording studio in Nashville. Tammy was then married to her second husband, Don Chapel, but she quickly became friends with Jones.

The country duo spent much time together on tour and inevitably began falling for each other.

Aside from the brewing romance while on the road, Tammy and George’s love story began rather dramatically.

Legend has it that one evening Wynette came home from a road trip only to discover that her three daughters from her first husband had fallen sick with food poisoning. She rushed her children to the hospital, where Jones later joined them.

Later that evening, Tammy Wynette’s husband returned and got into a verbal fight with Jones. In the heat of the moment, Jones declared, “I love Tammy and she loves me, isn’t it true, Tammy?” Tammy replied yes and left with her three daughters and George Jones.

A year after the whirlwind start of their relationship, Tammy and George married in February 1969. They became country music’s couple number one, calling themselves Mr. and Mrs. Country Music.

The following year, the popular country icons welcomed their first and only child, Tamela Georgette Jones, in October 1970. Today, Georgetta is a successful country musician in her own right, following in her parents’ steps.

With a life busy with tours, concerts, friends, and other social and family obligations, the country music power couple began growing apart.

Notably, George had begun abusing alcohol and hard drugs such as cocaine. In her autobiography, Stand By Your Man, Wynette revealed that her husband was addicted to cocaine and alcohol and even shot at her at their Florida home one night.

Luckily, she ran away, but that was the beginning of the end.

Speaking to the Washington Post, the country music artist once said that Jones drank so much that it was impossible to manage him while intoxicated.

In her autobiography, Tammy also revealed that Jones quickly turned physically abusive when drunk, and she would use makeup to cover up the bruise marks on her face.

Jones’s struggle with alcohol abuse became so bad it began affecting their professional life and country music career, as he would regularly miss recording sessions.

Alcohol addiction and substance abuse were the main reason the country singers separated.

The Your Good Girl’s Gonna Go Bad singer divorced her husband, George Jones, in 1973. But, they got back together a month later, with Tammy saying it was just a trick recommended by John’s doctor to try and get Jones to stop drinking finally.

Two years later, Tammy divorced George a second time, seeing as he would never change. “This is it. It’s over,” Wynette famously said in interviews.

In addition to alcohol addiction, incidences such as Jones buying a brand new Cadillac and driving away to Florida without informing his wife also contributed to the acrimony in Tammy and George’s marriage.

Speaking about his divorce a few months later, the country star said, “I drank more than I should have. I hated my own father for drinking too much.”

He added that a major contributor to the fall of their marriage was that they would get into angry bouts of arguments and could never find a way to discuss what was bothering them.

Interestingly, Jones always refuted claims that he was addicted to alcohol and drugs, which contributed to the ending of his marriage. Instead, he blamed a lack of space between him and his wife contributed to their demise.

“You just can’t eat, sleep, live, and work together. She (Tammy) was also very jealous and mistrusting of me. She did not trust me throughout our marriage,” the country music superstar lamented.

Jones did not contest the divorce from his second wife. “I allowed her to have everything she wanted. I did not fight it; I just got a car and a few thousand dollars and that was it.”

Tammy and George Stayed Friends After the Divorce

The country music stars began recording music together in 1971, creating hits such as Near You and We Are Gonna Hold On. So strong was their musical chemistry that George & Tammy continued with their recording contract together after their much-publicized divorce.

“Tammy and I are getting along better than we have. I think we still love each other; I know I still love her,” Jones confessed after their divorce and continued friendship.

At this time, Wynette already began a new relationship with Burt Reynold and then again with Michael Tomlin. Tomlin, a Nashville realtor, and Wynette married in 1976 after just a few months of knowing each other.

However, their marriage was short-lived, and they went their separate ways after a couple of months.

Despite remaining cordial after filing for divorce, Wynette sued Jones at one point for failing to pay $36,000 in child support for their daughter.

Yet again, the country music superstars reconciled in 1980. They even recorded an entire album of country songs, aptly named, Together Again, and performed at 35 concerts that year alone.

According to Wynette, her producer, Billy Sherrill, recommended reuniting with George Jones. She talked it over with her husband, George Richey, and they all agreed that Jones was a good choice.

Tammy and George got together for the last time in 1995 and recorded their last album, One.

Speaking about their personal life and reunion, Jones said, “It brought back a lot of musical memories. But it did not rekindle memories of other things. We tried to put the past behind and block all that from our minds.”

As for Wynette, she said she had missed singing with Jones. “I have sung with many artists, but with George and me, our voices blend.

According to their daughter, Georgette, Tammy, and George tried dating for a long time after their divorce.

“My father had a keen sense of attention to detail. Even after their divorce, he would still send things and do nice stuff on her birthdays or such occasions,” she told Vanity Fair.

But, eventually, the country classic stars realized they had to move on and build their lives separately. Tammy Wynette married her fifth and last husband, George Richey, in June 1978, and the two remained together until Tammy’s passing.

On the other hand, George married his fourth and final wife, Nancy Sepulvado, in 1983, and they stayed together for three decades until Jones passed on in 2013.

Tammy Wynette passed away in April 1998, aged 55 years, from blood clots in her lungs. George visited her in the hospital after some convincing by his wife, Nancy Jones.

In an interview with Rolling stone, the country artist said, “I am happy we worked together again. It was crucial to end the chapter on everything that happened. We were close friends, and I couldn’t be sadder now that I have lost that friend.”