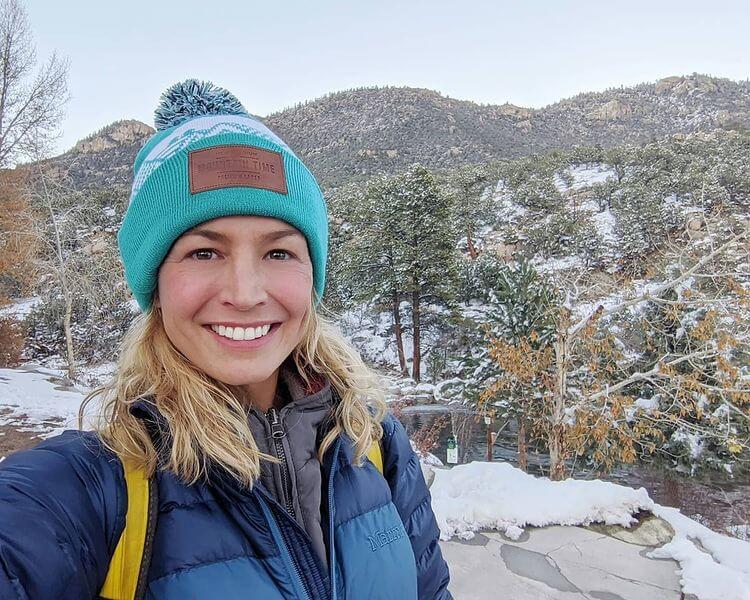 Do you remember Heather Storm, the beautiful TV star who starred in Garage Squad, a show on cars and mechanics? The blonde beauty caught the eyes of many through her prowess on the wheels and in-depth knowledge of automobiles.

She worked alongside Joe Zolper, a lead mechanic, and Bruno Massel, an NHRA driver, and the trio awed audiences for four years with their ability to get cars, which had been written off by their owners, back on track.

Unfortunately, before the beginning of season six, the network announced that Storm would not return to the series, much to her fans’ disappointment.

On 1st April 2019, Discovery had a press release in which they announced that Garage Squad would be returning for season six. The statement further added that Joe Zolper and Bruno Massel returned for the new season, but Heather Storm would be leaving the show.

Cristy Lee, a car enthusiast that had previously hosted another MotorTrend’s show called All Girls Garage, would take Storm’s place.

In the statement, David Lee, the vice president of production and development at MotorTrend TV, thanked Storm for the immense contributions she had made to Garage Squad in the four seasons she had been with the show.

Why did Heather Leave’ Garage Squad’?

In another statement released in 2020, David Lee announced that starting from the sixth season, Garage Squad would move in a different direction.

However, many people still wondered why Heather Storm had to leave, despite doing a fantastic job as a co-star. Again, bearing in mind that the other show personalities, Joe Zolper and Bruno Massel, remained with the reality tv series, why is it that Storm was the only one being sacrificed for the show’s new direction?

The only consolation for Garage Squad fans was that the person who was replacing Storm, Cristy Lee, had also proved herself in the motor world with previous shows she had participated in.

Storm’s Reaction to Being Let Go from Garage Squad

Upon the announcement by MotorTrendthat Storm would not be coming back for season six, she took to Facebook to express her displeasure that the network had announced without informing her first.

Her wish was that she would have been the one to tell the news to her fans.

However, the other part of the statement was full of glowing remarks for the show and the cast she was leaving behind.

She expressed her delight for having been in the show for four years and the work they had done making the dreams of other people come true.

Her only wish was that the show would have lasted longer, but she was also aware that all good things eventually came to an end. She finished her statement by wishing luck to her former crew members.

“As a car lover and gearhead I have had such an amazing experience working on the show for the past four years helping make car dreams come true for deserving folks,” she wrote.

From her statement, it seems that Storm was indeed let go from Garage Squad. First, she confirmed that she was not aware of the press release, which shows that the decision was entirely the management’s doing.

Again, in her statement, she wished the show would have lasted longer, and this may be taken as a hint that she never wanted to leave the show.

Unsurprisingly, something similar happened to Rachel De Barros, host of “All Girls Garage”.

Ever since Garage Squad, Storm has been busy, and her influence continues to be felt outside the show.

Not much is known about the personal life of the beautiful reality television personality. However, this successful businesswoman has had one special appearance after another.

She has a YouTube channel called Drive Yourself Local, which follows her journey across the US in her Ford Mustang.

This channel has been a success due to her enormous appetite for traveling, as she has been to all US states and 20 other countries across Europe, Asia, and Africa.

Storm is also a host for the podcast Man Seeks Adventure together with Dave Marek, the executive creative director of Acura, and Brad Fanshaw, a former star in Car Wars. The podcast revolves around traveling and her love for vintage cars. Talking about a perfect match!

Heather also took on the role of host for the EDM cocktail series The Mixdown on Complex TV.

And that’s not all. Storm is also a certified fitness trainer, thanks to the National Academy of Sports Medicine (NASM), which awarded her the certification.

Last but not least, the content creator is an advocate for sustainable tourism and marine conservation.

Heather is an Inspiration for Young Girls

Heather is a role model for all young girls who want to get into the entertainment industry. Traditionally, most mechanics were known to be men, but during her four-year stint at Garage Squad, Heather showed that women could also excel in this field with her handy skills and knowledge of vehicles.

In addition, she demonstrated that one can switch lanes, refusing to be reduced to one successful career path alone.

This is an inspiration to all young girls that they can achieve what they want as long as they put their heart into it. For Heather Storm’s fans, we look forward to seeing what she has in store for us in the future.