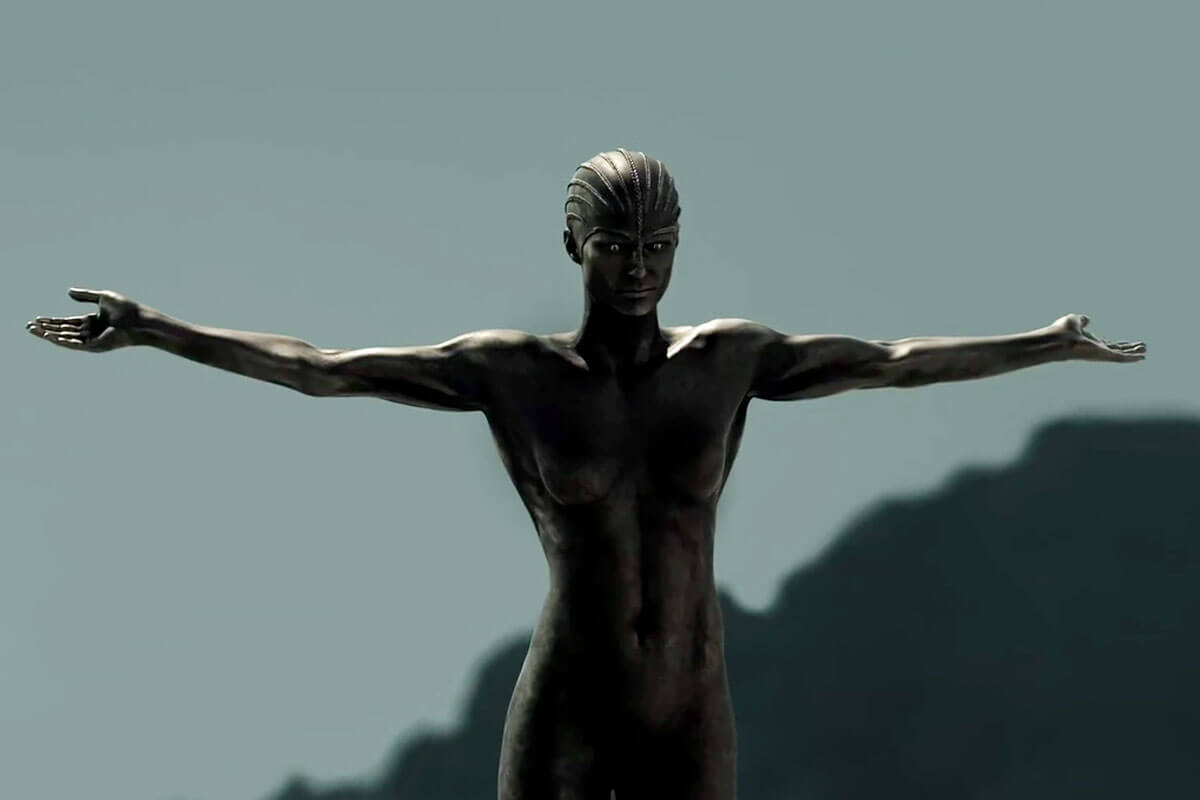 The original sci-fi drama series, Raised by Wolves is arguably one of the best TV shows on HBO Max as we speak.

Aaron Guzikowski and Ridley Scott are the creators of the captivating artificial intelligence drama. The show centers around android beings Mother (Amanda Collin) and Father (Abubakar Salim), who appear on a new virgin planet, Kepler-22b, and are tasked with starting a new world with their independent children in tow.

From the profound photography to the intricate and captivating cinematography, so surreal and dramatic are the scenes in this show that one cannot help but believe that Kepler-22b actually exists.

Obviously, the makers of the sci-fi drama carefully chose their shooting locations, and boy, did they do a good job! So, if you have been wondering ‘where was Raised by Wolves filmed,’ you are not alone; lots of fans are eager to find out.

Well, read on for the insider scoop on the secret filming location of Ridley Scott’s HBO Max hit show.

Where Were Seasons 1 and 2 of ‘Raised by Wolves’ Filmed?

Season 1 and 2 of Raised by Wolves were filmed in South Africa. That’s right; South Africa seems like an unlikely location for shooting a sci-fi show. But, you will be surprised to know that this African nation has a thriving film industry.

Movie makers from all over the world come here for the amazing geographical scenery and excellent urban spaces.

Executive producers filmed season 1, where we get introduced to the human children, over nine months from January to September 2019. The second season was filmed over a short period between March and August 2021.

Here Is Where ‘Raised by Wolves’ Took Place

Raised by Wolves by Ridley Scott was filmed in various locations. This helped give the show the varied cinematographic effect we’ve all come to love.

The surface of the virgin planet, Kepler-22b, and the inside of the Mithraic ship were filmed in Western Cape province.

The particular location is just outside Cape Town toward the north of the city. It is a desert landscape, providing the perfect background depicting an inhospitable, alien planet.

Part of the Western Cape province is completely dry, but the southern side is flanked by the Atlantic and the Indian Oceans.

The combination of a desert on one hand and large water masses adds natural beauty and visually interesting scenery to the set of this HBO original sci-fi show.

Other scenes from season 1 and 2 of the cerebral sci-fi show were filmed in Cape Town city and Clifton Beach, particularly at the Film Afrika studios, a sprawling high-tech film studio complex.

Film Afrika is a well-known South African film company, and it is behind many productions that have received critical acclaim, such as Tomb Raider (2018), Mad Max: Fury Road, and One’s Our Girl. But, Raised by Wolves is definitely the biggest budget show they’ve produced.

Together with his production team, Ridley Scott also traveled to Helderbeg to film some crucial scenes from the second season of the television series. Helderberg is a popular wine-producing district located in the Metropolitan Municipality in Cape Town.

In particular, most of season 9 of the sci-fi drama was filmed in Helderberg.

Many outdoor scenes from seasons 1 and 2 were filmed in Kogel, located in Sir Lowry’s Pass in Rural Helderberg.

Kogel, fondly known as Kogelbaai or Koelbaai by the locals, is a world-renowned beach resort area. Here, pristine beaches are set against a background of towering picturesque mountains.

The setting gives the image of a truly virgin, unspoiled land, a far cry from the earth the human race destroyed following wars brought on by religious differences.

Will There Be ‘Raised by Wolves’ Season 3?

Raised by Wolves Season 2 finale aired on March 17, and with so much hanging in the balance, fans, we included, are wondering whether there will be a season 3 of the sci-fi series.

HBO hasn’t yet said anything about Raised by Wolves season 3. But, there is a ray of hope seeing that Guzikowski confirmed that he is writing the script for the show’s third season.

Speaking to Collider’s Exclusive News section, the writer quipped, “If we’ll get to that point, who is to say whether or not it will get ordered for production.”

Let’s cross our fingers and hope that HBO will order that script for the production of season 3!