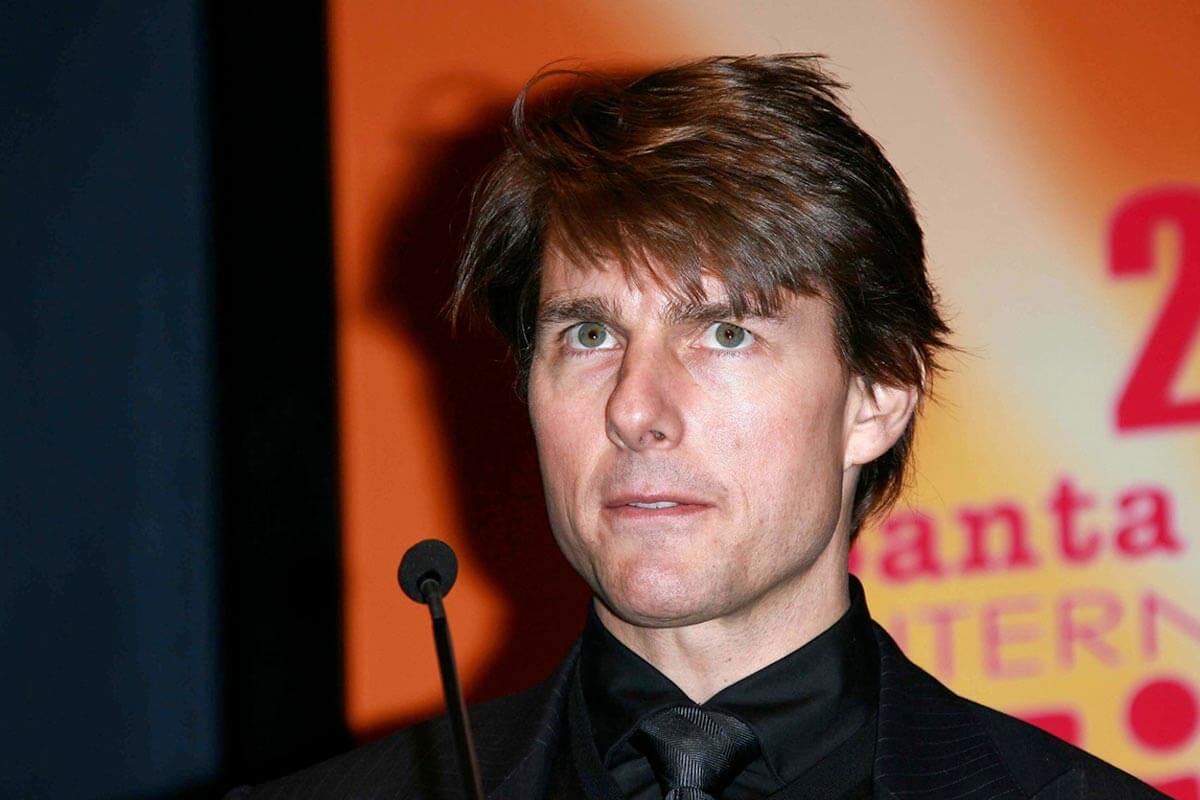 Tom Cruise is one of the world’s most famous actors and is well-known for being an enthusiast of superfast cars. However, there has been a long-standing rumor that he has been refused entry to Bugatti’s showrooms.

What is the reason for Tom Cruise’s ban from Bugatti?

Founded in 1909 by Ettore Bugatti, the luxurious carmaker popularly known as ‘Bugatti’ commands respect and loyalty from its customers.

With some of the fastest cars on earth sold under this brand, it’s no wonder it has become so sought after. The reputation surrounding this car manufacturer has also made it an outstanding choice for many of Hollywood’s finest celebrities, such as Tom Cruise.

Despite being a strong admirer, Cruise appears to have been blacklisted by the brand, leaving fans perplexed about what could have warranted such a high-status actor treatment.

What went down between Bugatti and Cruise?

Cruise arrived at the premiere of Mission Impossible 3 in a Bugatti Veyron, the most expensive road-legal car at that point.

After the high-profile actor got out of the car, he proceeded to the other side to open the door for his Ex, Katie Holmes. To everyone’s surprise, Cruise appeared to have no clue how to open the door from the outside.

The internet has been flooded with videos showing the uncomfortable moment in all its glory.

Eventually, the door unlocked after some fiddling.

In spite of this, Bugatti was not happy to see one of its finest cars looking bad at the premiere of a highly anticipated movie. According to a report, the uber-luxury automaker subsequently banned Cruise from purchasing its products.

Other Celebrities Banned By Car Brands

Cruise is not the only celebrity to have a ban from a car brand. Here is a list of the worse offenders

Deadmau5 got banned by Ferrari due to his trademark infringement. He modified his Ferrari 458 with a rainbow and Nyan Cat-themed wrap, dubbing it the “Purrari,” and then took it on the Gumball 3000 road rally across Europe.

After he put it up for sale on Craigslist, Ferrari sent him a cease and desist letter accusing him of trademark infringement due to the custom badges and floor mats. Deadmau5 then removed the wrap and took down the ad to appease Ferrari.

Floyd Mayweather has had a long and successful career as a professional boxer, allowing him to amass many luxurious cars.

However, Italian manufacturer Ferrari has reportedly blacklisted Mayweather due to his penchant for selling cars shortly after purchasing them, which goes against the company’s ownership rule.

Despite the blacklisting, Mayweather still has an enviable car collection from world-renowned manufacturers, reportedly worth over $15 million.

Ferrari banned Justin Bieber for his questionable public behavior and misuse of the prancing horse-branded vehicle.

The pop star purchased a white 2011 Ferrari 458 Italia in August 2016, only a few months later, left the car in a Beverly Hills hotel parking lot for three weeks.

He then took the car to West Coast Customs and had a full Liberty Walk widebody kit installed, along with electric blue paint, new wheels, and a steering wheel with an electric blue-painted prancing horse logo.

To make matters worse, Bieber then auctioned the modified car for over $400,000 without notifying Ferrari, which violates the Italian automaker’s policy not to allow customers to sell their cars in the first year of ownership, especially if they are celebrities.

This was the final straw for Ferrari, resulting in them banning Justin Bieber from purchasing any future vehicles.

Ferrari has blacklisted Kim Kardashian due to her and her family’s history of not taking proper care of their Ferraris and modifying luxury vehicles. Kim was spotted with a new Ferrari in 2012, but it is unclear if it was hers or her ex-husband Kanye West’s.

She also received a $325,000 Ferrari 458 Italia as a wedding gift from a Malaysian business tycoon.

While Ferrari reserves the right to decide on special editions or exclusive models, Kim and her family can still purchase series production models.

What does a ban actually mean?

If a celebrity is banned from buying a particular brand’s vehicle, that does not mean he or she will be legally unable to do so. Individuals may purchase the cars from private dealers, shell out for used units, or just have the vehicles registered under someone else’s name instead of their own.

Instead, a ban means the blacklisted individuals won’t be on the invitation list when a limited edition car is releases by one of those companies.

For Ferrari, this could be anything from a Pininfarina Sergio to a custom build.

In spite of the cars’ high price tags, they come with a few stipulations, like limited customization to keep their core looks and identity.

To get on a special edition guest list, you’ve got to already have a few cars from that brand in your garage and be passionate about it.