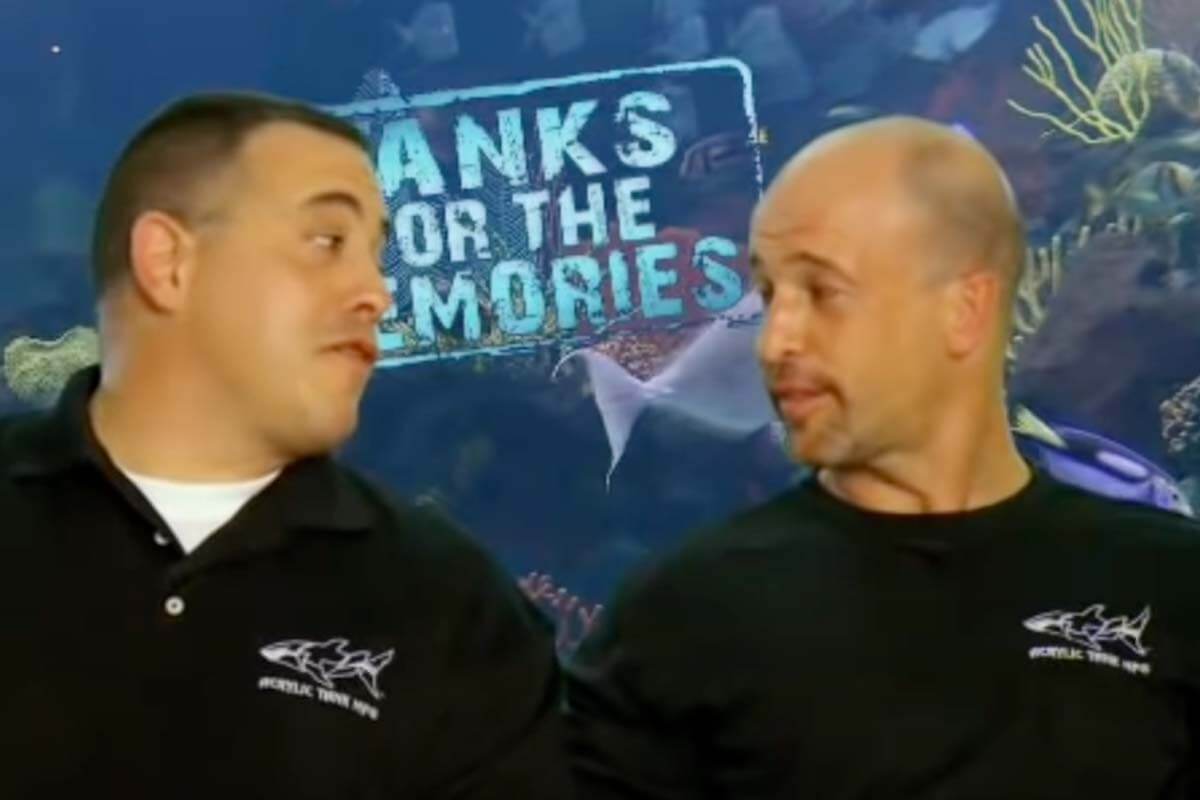 Who wouldn’t want to peek inside the lives of world-famous celebrities? This is exactly what Tanked allowed us to do! The long-running Animal Planet series took us behind the scenes as Brett Raymer, and Wayde King built larger-than-life fish tanks and aquariums for celebrities.

But, fifteen seasons later, Animal Planet canceled the series. This came right on the heels of Wayde and Heather’s divorce announcement.

Seeing the series get canceled was shocking enough. But, fans also wondered what happened to Brett and Wayde in the wake of the divorce and the series’ cancellation.

Are Wayde King and Brett Raymer still friends? Read on for details of the divorce, the custom aquarium business, and King and Raymer’s friendship.

What Happened To Tanked?

Tanked premiered in August 2011 and ran for 15 seasons until December 2018, when Animal Planet canceled the show.

On the once-popular series, brothers-in-law Wayde King and Brett Raymer built 700-gallon aquariums for big-name celebrities such as Howie Mandel, Shaquille O’Neal, Tracy Morgan, and many other well-known public figures. Brett’s father, Irwin Raymer, and his sister, Heather King, were also part of the show.

According to Paul Shur, Animal Planet’s VP of communications/media relations, after a “fantastic 15 seasons, the series came to a natural end.”

So, like all good things, Tanked simply ended, and that was that.

Are Wayde and Heather Still Together?

Aside from the beautiful and some of the largest aquariums, one of the things that made Tanked so engaging was the drama and tough-love dynamics that ensued between the co-stars and aquarium makers, who also happen to be members of the same family.

Brett and Wayde were long-time friends. Wayde married Heather, keeping the family unit tight and impenetrable. The two were married for 21 years and had two children together.

However, in 2018, Wayde and Heather King got into yet another serious fight that caused them to draw a line in the sand. Heather was slapped with a misdemeanor domestic violence charge and filed for divorce after the incident.

Soon after the divorce proceedings, Animal Planet announced the news of the series’ cancellation. However, a Tanked rep insisted the channel had decided to cancel the show many months before the incident between Wayde and Heather.

But, the question remains: why did Animal Planet wait for the news of Wayde and Heather’s divorce proceedings to announce that the channel had canceled the reality series? Only Animal Planet and the Tanked cast may know the answer.

So, Wayde and Heather are not together, each going their separate ways.

There is no denying that Wayde and Brett were good together, and the brothers-in-law seemed inseparable. So, did they remain friends after Wyde’s divorce from Heather and the show’s cancellation?

When Animal Planet announced it had canceled the series, Brett told a Las Vegas station that he and co-star Wayde would continue to create content via a planned YouTube channel titled “Lifestyles of the Fish and Famous,” showcasing some major aquariums.

But, a quick search of the said channel on YouTube doesn’t bring up anything. So, it looks like the two never went through with their plan for setting up a channel.

That said, Brett does have a YouTube channel, but it isn’t very active. The channel’s content is also not about the reality star-making trademark aquariums and isn’t as engaging as Tanked.

So, are Wayde King and Brett Raymer still friends? The two haven’t been spotted together for quite some time, which is odd given how inseparable they were.

Given that they aren’t creating content together, coupled with Wayde’s divorce, it would be safe to assume that the former brothers-in-law and aquarium guru friends are no longer partners.

King and Raymer’s aquarium-making company, Acrylic Tank Manufacturing (ATM), was a major fish tank business. It was popular with celebrities, with the company making over 200 custom aquariums a year.

Unfortunately, the company tanked too. According to the Better Business Bureau, ATM is no longer in business. That’s another clue on the state of Wayde and King’s friendship.

Have you ever wondered what Brett Raymer has been up to lately? He actually started a new venture with a strangely familiar name!