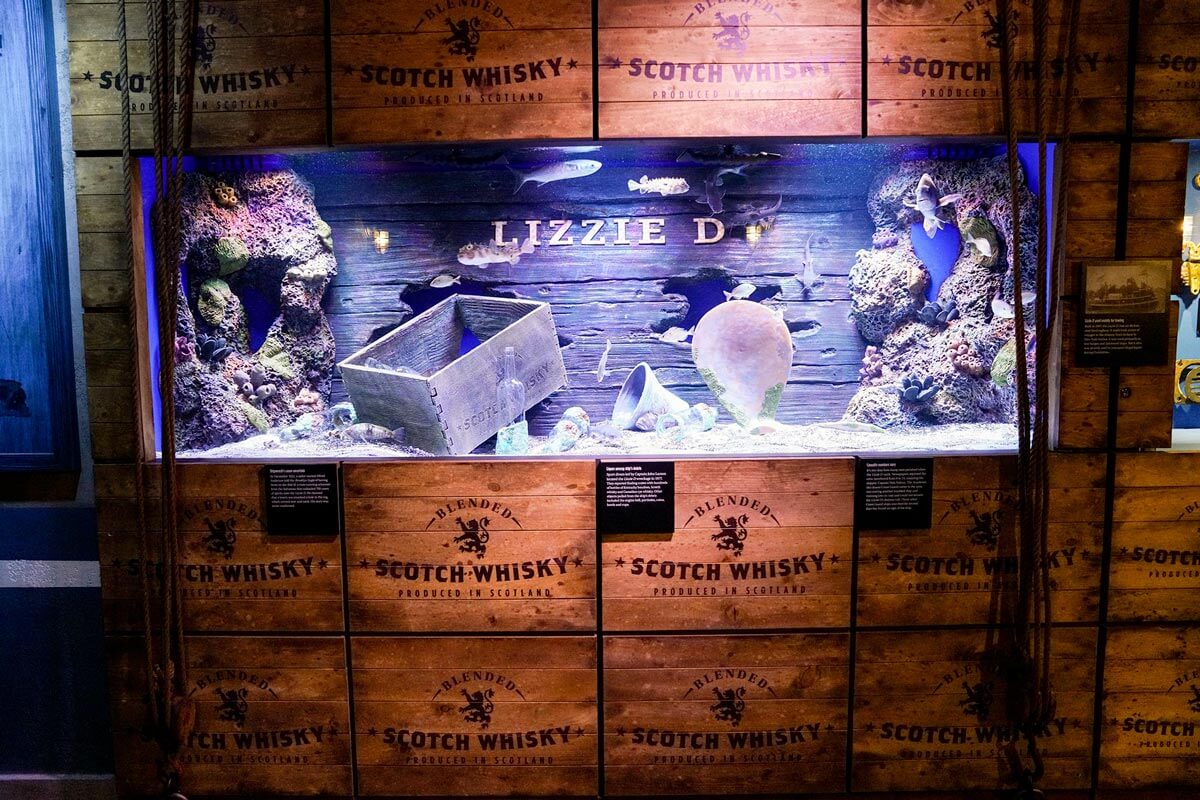 From the 75,000-gallon church aquarium, a piano-inspired fish tank, and tanks so massive they can hold several sharks, every episode of the Animal Planet TV show Tanked was full of mind-blowing surprises.

The show’s stars and aquarium gurus, Brett Raymer and Wayde King, spoke little about the cost of the larger-than-life tanks they built. The reality TV series producers preferred not to mention prices so fans would feel the custom aquariums were within their range.

Still, the one thing that is common between all the tanks on Animal Planet’s Tanked is that they were undoubtedly expensive to make. After all, most were built for celebrities and the wealthy.

We did a bit of research on some of the best ones, and here is how much the fish tanks on the TV show “Tanked” cost:

Few churches can boast a massive walk-through aquarium greeting worshippers at the entrance. The Body of Christ Church in South Dallas, Texas, totally outdid itself with its 75,000 gallons, 18-foot high, and 70-foot long saltwater fish tank.

The church tank, built in the $40 million complex, features more than 80 fish species and a splendid underwater display of coral reefs and flora.

The church is built on a 36-acre campus and is one of the largest in Dallas, with more than 7,500 worshippers attending weekly services.

The aquarium was part of the church’s $40 million building project. It cost about $4 million to build and stock with aquatic animals, flora, and fauna, making it the most expensive tank on Tanked.

According to pastor Rickie Rush, building the humongous aquarium created a special experience for the worshippers.

Do you remember the casino tank made for the Bellagio Conservatory for their summer exhibition?

This was one the most expensive tank on Tanked, costing a whopping $1.6 million. Interestingly, the tank remained at the conservatory for five years before the owners replaced it with another attraction.

The casino tank featured an underwater theme and held 1,500 gallons of water. It showcased elaborate floral displays with more than 80,000 plants and lovely colored fish.

Inside the massive aquarium is a depiction of scuba divers and mermaids. The tank was built with luxury acrylic observation windows, meant to be a walk-through attraction, allowing guests to watch the various fish and floral displays.

Building the casino tank was expensive but maintaining it was equally costly. It is said that the Bellagio Conservatory had to use 2,000 ivy plants and more than 6,000 tulips each week for the display’s upkeep.

The Guy Harvey RumFish Grill has become a popular joint for residents of St.Pete Beach, Tampa, Florida. The food, drinks, and vibe are excellent, but the 33,500-gallon fish tank is a major attraction bringing in the crowds.

The aquarium features local Tampa Bay species, including trout, grouper, sharks, redfish, snook, snapper, and eels. According to the resort’s management, the aquarium was an opportunity to showcase the Tampa area fishing scene, which they believe is among the world’s best.

The Guy Harvey tank cost $1 million to build alongside the main resort, which itself cost $5 million.

The Samtec tank is one of the biggest Brett and Wayde have built. The tank boasts a commanding presence at 21 feet long, 6 feet wide, and 6 feet tall.

The 5,000-gallon tank is displayed at Samtec’s 520 Park E. Blvd lobby and is home to more than 60 colorful fish, including stingrays and nonaggressive sharks.

Comedian Tracy Morgan is among the notable celebrities to be featured on Tanked.

The $ 2,700-gallon aquarium was quite interesting as it featured seven sharks, each costing upward of $65000. These included three Japanese leopard sharks, a white and black tip shark, among others

Morgan’s octopus, Bwyadette, which he claimed was dolphin-smart, was also part of the aquatic scenery in the aquarium. The custom tank also featured moray eels, jellyfish, tigerfish, and other smaller species.

The comedian only kept the sharks as long as they were small enough to fit in the tank. When they outgrew the aquarium, Morgan donated them to other aquariums and bought new baby sharks.

The tank holds 600 gallons of saltwater, supposedly from the Caribean beach where the two love birds got married. It measures 96 inches long, 30 inches wide, and 48 inches tall.

King and Wayde stocked the aquarium with fish from the Caribean as well. Small details, such as a real-life replica of a coral reef, the gorgeous stonework, and the rare Caribean fish swimming around, added to the cost of building this tank.

Essentially, Kurt and his wife wanted to replicate the beautiful location of their Caribean wedding inside a fish tank, and they got what they wanted but at a cost.

The Lusso auto spa aquarium may seem inexpensive compared to much larger tanks. But, going by the tank’s design, it is evident that its owners shelled out quite a bit to set it up.

In fact, the Lusso auto spa tank cost $80,000 to build. It is stationed right in the middle of the popular sports auto shop.

The 1,900-gallon aquarium is 3 feet wide and 6 feet tall and features eye-catching coral and more than ten fish species. The coral itself is modeled after a real coral reef.

One of the most beautiful features of the tank is its dark blue background, which adds size and volume. The aquarium experts also curved out the auto spa’s logo, illuminating the fish tank.

The Mob Museum tank might be much smaller, but it is also among the most memorable from Tanked.

A replica of the Lizzie D sunken ship, the tank holds as much great history as it adds a modern appeal to the Museum’s speakeasy and underground exhibition.

The tank boasts exquisite character and features real relics from the sunken ship. Some eye-catching items in there include a tug bell board. The tank is set against a deep blue backdrop, giving the surrounding environment a cool, ambient vibe.

Shaquille O’Neal’s tank is yet another memorable one. King and Wayde admitted to the complexity of building and transporting the tank, which added to the cost.

All in all, the famous basketball star parted with $50,000 for a fish tank as tall as himself.

Each Dragon eel cost more than $1000, and their aggressive nature made it even more difficult to put this tank together. The eel’s territorial nature could not allow more fish to be put in the tank.

The fact that the large display tank was built into a tractor-trailer cab and had a Superman logo engraved inside the tank definitely added to the costs.

Zappos is known for its revolutionary ideas, most of which are geared toward taking good care of their employees. So, it wasn’t surprising that they commissioned Tanked’s Acrylic Tank Manufacturing to build them a tank that would act as a nap pod for Zappos employees.

The Zappos tank was a 25-foot pool, holding 3,500 gallons of saltwater and more than 200 colorful exotic fish.

The massive tank flanked four recliner massage chairs where employees could retreat for naps and general relaxation. Zappos has about 1,500 employees.

Not only was it difficult making this tank, but moving and installing it was exceptionally challenging. The tank cost an estimated $25,000.

Now you know how much it costs to build those trademark aquariums on Tanked. If you plan on one of those, you better start putting a financial plan together!

Did you know that ATM once built a fish tank from a drum set? Check it out here!