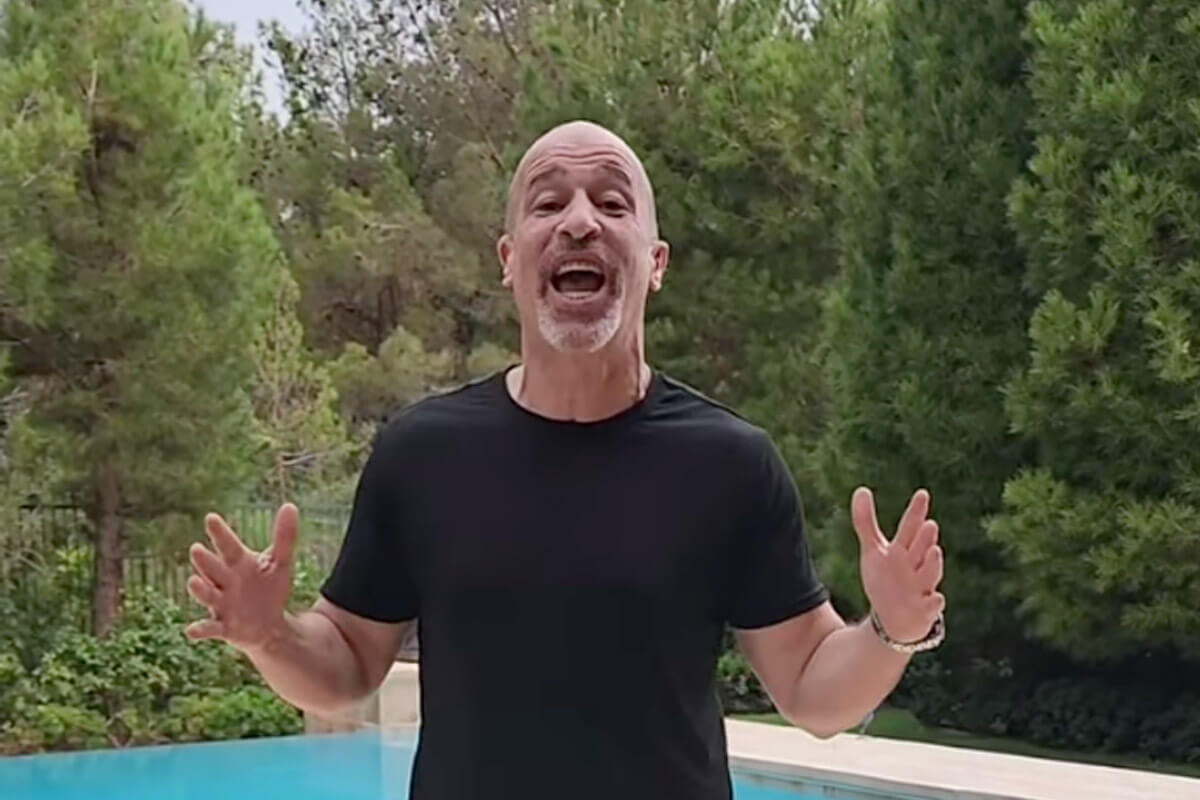 Brett Raymer and his acrylic tank manufacturing business became household names through the popular reality TV show, Tanked. After 15 seasons of creating larger-than-life amazing fish tanks for celebrities from all walks of life, Tanked came to a natural end.

There is no doubt that the show’s head honcho, Brett Raymer, made a fortune from his Las Vegas custom tanks business and the reality series, but as they say, all good things must come to an end.

Recently, Raymer made waves when he opened a business and named it Stallone’s. What does this mean? Did Brett Raymer go into business with Sylvester Stallone? Well, not quite…read on for the deets!

Why Was Brett Raymer’s Tanked Cancelled?

Just before wrapping up the 15th season of Tanked, it emerged that there was behind-the-scenes drama between Brett’s sister Heather King and her husband, Wayde King. The incident led to speculations that the Animal Planet series was canceled due to the altercation between the two.

The final episode of Tanked aired in December 2019. Regarding the show’s ending, the VP of Communications at Animal Planet said the series came to a natural end after fifteen fantastic seasons.

Schur wanted to emphasize that despite rumors about the show being killed off because of the domestic violence incident, Tanked really did come to its natural end.

Tanked followed the ongoings at the Acrylic Tank Manufacturing company and their owners, Brett Raymer and Wayde King. Heather, Brett’s sister, and Wayde’s wife together, with Heather and Brett’s father, Irwin Raymer, were also part of the show.

Soon after Tanked wrapped up, Brett put his Las Vegas mansion on the market for $3.2 million, according to SFGate.

Raymer also ran a chain of donut shops named “Donut Mania” around Las Vegas. Unfortunately, after a lawsuit brought by a competitor for trade secrets and intellectual property violations, Raymer had to shut down his business indefinitely in 2019.

It looks like the end of his reality TV show, donut business, and selling his home was the clean break Raymer needed to start all over again. The celebrity aquarium maker recently opened a new business– a New York-style restaurant serving classic Italian dishes with a dash of Las Vegas.

Raymer named his new restaurant Stallone’s Italian Eatery, located at 467 E. Silverado Ranch Blvd. Stallone is a familiar name, which is part of the reason Brett chose it for his new venture. Also, Raymer’s friend and restaurant’s chef de cuisine has an uncle named Stallone, so they decided to go with it.

“Everyone recognizes the name, so why not use it?” quipped Raymer.

So, Brett Raymer from Tanked did open a business named Stallone’s. But, his new eatery has nothing to do with the movie star Sylvester Stallone. Raymer simply leveraged the power of familiarity to attract attention to his new venture.

Stallone’s Was Always Going To Be An Italian Restaurant

Brett Raymer came up with the idea of setting up a New York-style restaurant in Las Vegas after coming across Louie Zweifach. The two got to talking when they met in 2020 and discovered that they grew up in the same neighborhood in Brooklyn.

They became good friends, and Raymer proposed they do something together, so the idea of a Brooklyn-inspired Italian restaurant came to being.

Speaking to the Las Vegas Review-Journal, Brett said, “It was always gonna be an Italian restaurant. Stallone’s is a combination of a New York pizzeria and a pasta joint. I like to call it New York Italian.”

The restaurant is set in a 1,400-square-foot shop adorned with sports memorabilia, complete with a seating of 25 guests. Channeling the idea and feel of a classic mom-and-pop eatery, Stallone’s serves food in foil tins and sells pizza by pie or slice.

Louie Zweifach is Brett’s business partner and the restaurant’s head chef. Zweifach has been making pizza for over three decades and is a pro at preparing the classic New York-style pizza. Brett insists that their pizza must pass the ”New York pizza test,” meaning the crust must be foldable, not too thin, and not too thick, but the front should not flop either.

Stallone’s has a solid variety of pizzas for every palette. The classic Margherita is available; your slice can also be loaded with stromboli and calzones or grilled eggplant dipped in Parmesan. Interesting toppings include pickled red onion, Pomodoro a la vodka sauce, and crispy prosciutto, adding charm to the pizzas at the newest eatery in Las Vegas.

An Italian restaurant would be incomplete without pasta and, of course, pasta sauce. From rigatoni with a choice of marinated chicken or shrimp and four different dips to baked penne served with Pomodoro and three kinds of cheese.

For the lasagna diehards, there is a delightful array of choices too. Pick beef, veal, or pork to create this classic Italian dish.

Instead of the classic spaghetti and meatballs, Stallone serves bucatini, a type of pasta with a hollow center that holds the source instead of dripping off, as is the case with spaghetti.

And, of course, there are the meatballs, which Chef Louie makes fresh every day from beef, veal, or pork. In addition to serving them with pasta, you can order the scrumptious meatballs as a starter, submarine sandwich, or even a topping on your pizza.

Submarine sandwiches also steal the show at Stallone’s. Well, in New York, the sandwiches are known as heroes, not submarines.

Raymer went to great lengths to find the perfect submarine recipes and hire an expert who’d prepare the sandwiches to perfection. Together with his business partners, they shipped a few of their favorite hero sandwiches from Florida and New York, then asked a couple of local chefs to make similar ones. The chosen chef would be required to make the Italian-style sandwiches exclusively for Stallone’s

In the heroes section, you will find a small but special collection with toppings such as prosciutto, roasted bell peppers, chicken fillet, fried eggplant, salami, pepperoni, and ham, to mention a few.

Although Stallone’s has a laid-back atmosphere, Raymer explains that classic details are important for authenticity. For instance, the cold heroes are first wrapped in wax paper and then in deli paper. On the other hand, foil comes first, and then deli paper for the hot heroes.

Asked whether he’d be up for another reality TV show, Brett quipped he wouldn’t say no to such an opportunity.

Did Brett Raymer Go Into Business With Sylvester Stallone?

We wish Brett Raymer the best in his new venture!