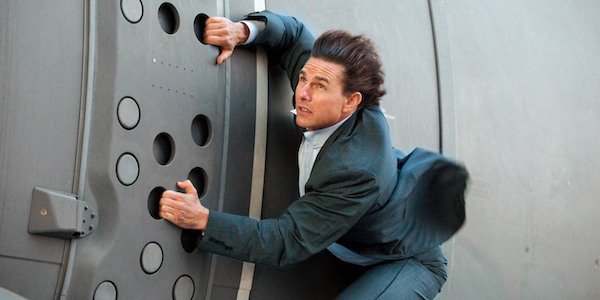 Movies are supposed to be as authentic as possible but that doesn’t mean that their most daring stunts are less dangerous. In 2017, stuntman John Bernecker died on The Walking Dead set.

A month later, Joi Harris died while filming Deadpool 2. So, by their very nature, movie stunts are dangerous. However, the danger can be minimized by using CGI and stunt doubles.

Still, some actors prefer to inhabit their roles no matter what happens. But why do they go this far? Well, most of them are after making the scenes more believable. And who are the stars who are willing to break their necks to make a movie look a tad more real?

Tom Cruise has been performing his own stunts for a long time in his career, going back to Mission Impossible 2 (2000) and Minority Report (2002). Some of the most common stunts that he’s is associated with include skydiving, high-speed car chases, hanging on the side of a plane, rock climbing and scaling the Dubai’s Burj Khalifa.

Whenever stunt work is mentioned, the immediate actor that comes to mind is this Hong Kong’s martial arts legend. Chan has performed his own stunts in dozens of films that he has appeared in.

Some of the films this legend has performed most death-defying tasks include Drunken Master (1978) where he was almost burnt alive, Project A where he almost fell to death, Police Story 3 where he got knocked off a train by a helicopter and Rush Hour where he ran full speed down a skyscraper among others.

Associated with high-adrenalin action movies, Statham has performed his own stunts since he started his acting career, giving him the reputation of the go-to star whenever film producers opt to steer clear of CGI and green screens. Some of the films where Jason has had near-death experiences include The Transporter series, Snatch, and The Expendables.

Bale is always ready to undergo drastic body transformations in terms of physical fitness, weight loss and gain in order to step up to the task of being his own stunt man. The star did most of his stunts in the Dark Night franchise. In one of the Dark Night scenes, Bale stood at the edge of a 110-story building just to perfect the realism of his role.

Being a physical actress who is always committed to her work, it is not a surprise that Angelina Jolie does her own stunts. In Salt, the actress was even hospitalized after she sustained a head injury in one of her fight scenes.

As a bonus, the star uses the stringent exercise regimen that’s often required for stuntwork to keep fit and maintain her gorgeous shape.

While most A-listers get paid good money, some of them certainly earn it. The above-highlighted are some of the top Hollywood heavyweights who are always ready to go the extra mile to perfect their roles even if their physical health is at stake.