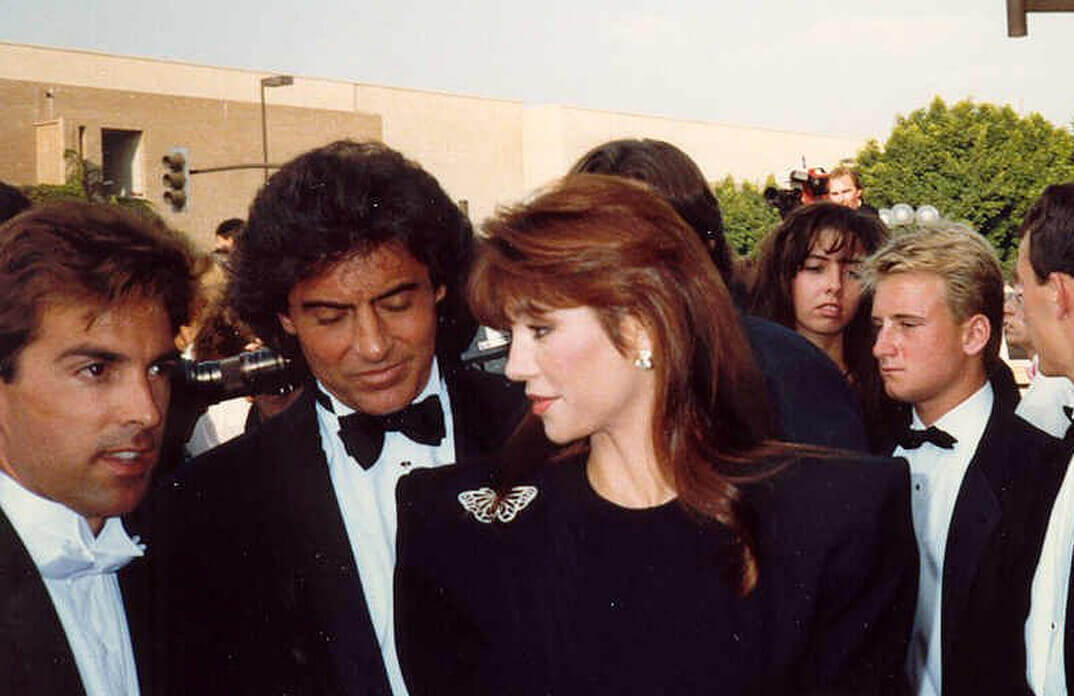 For devoted TV fans, watching a television show is as important as catching up with friends and family, so when a fan-favorite star of the show departs, best believe they know and are sometimes even really hurt by it.

Despite much acclaim from her character, widespread fan appreciation, and even a proposed contract that would make her the highest-paid female actress – Victoria stuck by her guns and walked away from the CBS soap opera Dallas – leaving fans wondering why she left the show.

Why did Victoria Principal leave Dallas?

In an interview with Entertainment Weekly, Victoria resolved why she left Dallas. The veteran actress said that after the first five years in Dallas, some outstanding writers left the show, and by year seven, she did not like the direction the writers approach was taking.

During renegotiations, she informed producers that she would only stay for two more seasons and further explained, “They wanted a longer contract, and I said no.”

Two years later, ready to leave Dallas, the star concentrated on her production company. She mentions being shocked when producers again approached her to stay longer. She remained committed to leaving and felt insulted at the constant pleas.

Principal added that a lot of pressure was put on her to stay, including sending flowers and notes and at the opposite end taking away her parking space. Finally, she got offered a per-episode salary that would make her the highest-earning female actress on television, to which she turned down.

On her last day of filming, the cast and not even Larry Hagman, who played J.R. Ewing, knew she was leaving, as according to Victoria, it was the production’s responsibility to inform them.

Victoria claimed she and producers should have made a joint announcement of her departure. Still, the television series producers made the announcement without her and falsely stated they had decided to let her go.

After consulting with her attorneys, a new statement was released, mentioning her choice to leave, but as she called it, “it was a bit like the tail wagging the dog.”

Talk about a drama-filled exit- from a show that portrayed cast-member relations as nothing but sweet sailing.

Was Victoria Principal making a comeback?

Fans of the show would know that Principal’s character Pam Ewing was last seen in a fiery car crash on the original series.

Fast forward to the series 2012 reboot. Victoria Principal was asked to return to give the show more weight.

For fans who may have been excited by the news, their excitement was quickly turned into disappointment.

Unlike her on-screen husband Patrick Duffy, who returned to his role as Bobby Ewing, there was no chance at a comeback or resurrection for his Dallas sweetheart after having his character killed. As per Deadline, Victoria refuted claims about a Dallas comeback.

“Since the inception of Dallas, the creators and fans around the world have referred to Bobby and Pam as the Romeo & Juliet of Dallas. I could not agree more. And since the original author of this scenario, William Shakespeare, felt compelled to make theirs a tragic love story, of epic and unforgettable deathly loss, I think I shall respect that very successful example and leave the legacy of Bobby & Pam’s tragic love story undisturbed and intact,” she said.

She continued, “When I filmed Pam’s fatal car accident, for me, that was the punctuation mark on my role as Pam. I cannot be held responsible for any choices made by producers once I left Dallas, but I do take responsibility for my decision not to risk tarnishing Bobby & Pam’s love story with a desperate reappearance. I made this decision a long time ago with a loving and respectful heart for Dallas, Bobby & Pam, and all faithful fans.”

Where is Victoria Principal now?

As Dallas continued, Principal went on to venture into new thrills.

The actress has appeared in numerous television films, including some produced by Victoria Principal Production.

Titans was the last permanent role in which fans saw Victoria on tv before following a philanthropic route and focusing on health and wellness projects.

Taking her interest in natural beauty therapies further, in 1989, she created a self-named line of skincare products, Principal Secret Skincare.

According to ET, she bowed out from her skincare line to focus on work with her charitable organization, the Victoria Principal Foundation for Thoughtful existence, which helped subsidize an environmental movement she had been a part of since 1978.

While her business partner Guthy Renker took over Principal secret, Victoria spent time in projects with her charitable organization and helping with animal rescue, children’s hospitals, and the aftermath of oil spills, floods, and wildfires.

She also has a rescue ranch where she provides medical care to abused animals and rehabilitates neglected animals.

Victoria continues to be highly active in philanthropy work.

Who is Victoria’s Principal?

Victoria Ree Principal was born on January 3, 1950, in Fukuoka, Japan, to parents Victor Ricco Principal and Ree V. Principal. She is the eldest of two daughters. Her paternal grandparents hailed from Italy, while her mother’s family was from South Carolina, Gordon, and Georgia.

Her father was a United States airforce sergeant explaining why she was born in Japan ánd also why she grew up in London, Florida, Puerto Rico, Massachusetts, and Georgia, among other places. Due to the nature of her father’s job, she attended 17 different schools across the world.

She graduated from South Dade senior high school in 1968. She enrolled at Miami-Dade community college to study medicine, but one year into her studies, she was involved in a severe car crash, which changed her course of plans. She dropped her studies and moved to New York to pursue her acting career.

In 1970 Vicki R. Principal moved to Hollywood and soon won her first film role as Marie Elena, a Mexican Mistress in John Huston’s The Life and Times of Judge Roy Bean. A positive response to Victoria Principal’s work led to several acting jobs.

In 1974 she continued to act in lesser-known films including, I Will, I Will … for Now and Vigilante Force with Kris Kristofferson and in the disaster film Earthquake.

In 1978, Victoria begun acting in the long-running series in Victoria played Pam Barnes, who elopes with Bobby Ewing and is the daughter of his family’s sworn enemy, Digger Barnes.

While acting in Dallas, Principal played Diana Dawson in the 1982 tv movie Not just another affair.

Focused on her career, she spared time for a bit of romance. Victoria Principal has been married twice and divorced twice. Her first publically known relationship was with Christopher Skinner, whom she married in 1978 and sadly divorced in 1980.

She got involved in a high-profile relationship with English singer-songwriter Andy Gibb, brother of Bee Gees Barry, Robin, and Maurice Gibb, but they broke up following his problems with substance abuse.

Andy died six years after they broke up and five days after his 30th birthday from an inflammatory heart virus caused by years of substance abuse.

With no children and permanently away from the television scene, Victoria has devoted her time to rescuing and rehabilitating animals.