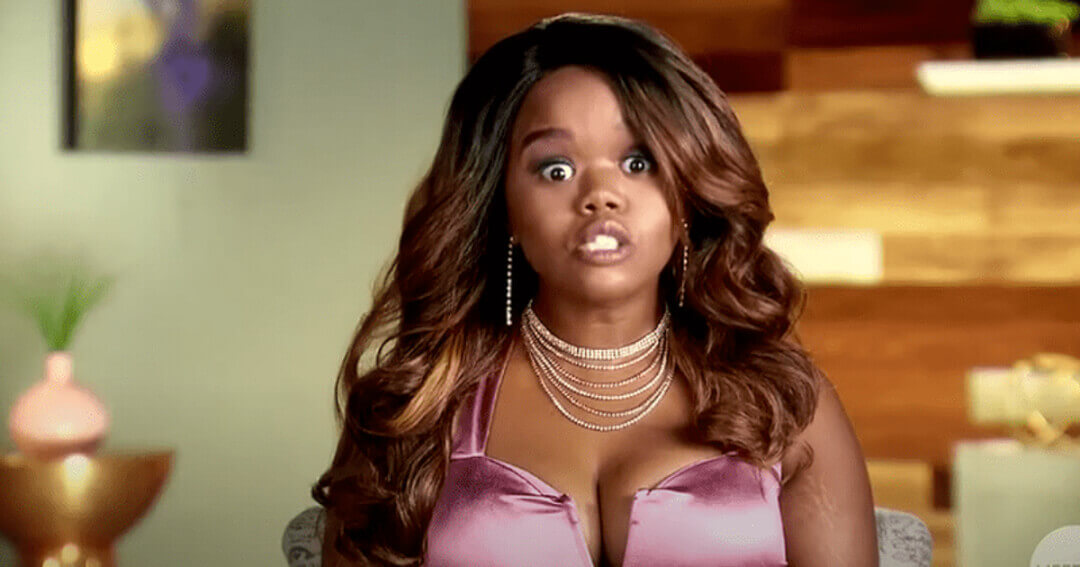 Monie Cashette is popularly known for being one of the stars of Lifetime’s Little Women Atlanta. The Little Women franchise follows the daily lives of women with dwarfism.

From boyfriend issues, baby daddy drama, and health issues, Little Women is the kind of reality show that keeps fans coming for more.

Apart from featuring in the Little Women franchise, Monie has been making moves in the ATL.

From navigating womanhood and juggling multiple businesses while living with a medical condition, Monie does not hold back with her career (and with her words) and is the kind of boss built for reality tv.

Typical of reality tv, Monie has been no exception to the back end of accusations and confrontations. One of the shenanigans of the Lifetime special has been an issue with Monie’s status as a little person.

While Monie is considerably taller than the rest of the Little Women ATL crew, Monie still qualifies to be a little person, exhibiting a rare form of dwarfism.

During a heated argument on Season 2, Episode 7 of Little Women Atlanta, Ashley “Minnie” Ross (4’3″ tall) challenged Monie’s (4’6″ tall) status as a little person. Monie had never tested for dwarfism before the confrontation with Minnie. The accusation left fans and fellow cast members wanting to know more about Monie’s status as a dwarf.

Healthline defines dwarfism as a medical or genetic condition; usually resulting in an adult height of 4’10” or shorter. An adult with dwarfism will normally have an average height of 4’0″ but typically heights range from 2’8″ to 4’8″ So considering Monie is 4’6″, it only makes sense to deem Monie as a little person.

So What type of dwarfism does Monie have?

Like any person would do after practically being called a hoax, Monie sought clarity on the type of dwarfism she had.

Dr. William Wilcox. Professor of Human Genetics at Emory University school of medicine confirmed she was a dwarf and later revealed the type of dwarfism she had.

“From your chest, down to your pubic bone is a little short compared to your limbs. For most people, it’s about the same, so you have a form of dwarfism,” said Dr. Bill Wilcox.

Fandom reported that Monie has a rare type of dwarfism known as NPR 2 (natriuretic peptide receptor 2). According to WikiGenes, NPR 2 is a protein-coding gene responsible for disproportionate dwarfism. In disproportionate dwarfism, limbs are either shorter than the trunk or trunk shorter than limbs. This explains why Monie appears to have normal-looking limbs but a shorter torso.

Fans got stirred up when Monie did not feature in season 5 of Little Women ATL. Monie has been a regular from season 1 to 4 but took a break after dealing with her sons’ custody issues.

Monie had had a rocky road in her relationship with ex-husband Derrick Beckton, whom she married before she first appeared on the Little Women franchise.

Her son Derrick Eugene “D2” Becton Junior lived in Houston with dad Derrick Becton and the reality star had to travel between Houston and Texas to see her son.

In 2018 she made the agonizing decision to file for custody but sadly lost the battle. She decided to permanently move back to Houston, as D2 was at the age where he critically needed her guidance.

Monie returned to the show in season 6 and told fans that D2 is now older and at the liberty to decide where he prefers to live.

Born Tiffany Cashette on October 26, 1982, Monie hails from Houston, Texas, and not Atlanta, as widely speculated.

The 28-year-old is one of the long-standing members of the Little women franchise. Tiffany’ Monie’ Cashette has appeared on the reality series for a total of 5 seasons.

Outside the little women series, Monie is a voice-over artist who’s featured as the character Monie, the ladybug on the children’s show Nubbin and friends.

The reality tv star’s expertise stretches wide. Monie impressively adds to her list of achievements, owning a t-shirt line and being an ambassador for Luster Skin Care. Before her rise to fame, Monie worked as a medical claims examiner.

At the tender age of 18, Monie lost her mom, to Scleraderma a rare disease that causes chronic hardening and tightening of the skin. Today she shows support for organizations dedicated to fighting against the disease.

Monie had a son Derrick Eugene Becton Junior, to ex-husband Derrick Becton. After a lengthy divorce from Derrick, Monie got remarried in 2017 to fellow Little Women cast member Morlin Ragland.

However, in April, Monie took to Instagram to share a Boomerang of divorce papers. We believe they have either divorced or are in the process of getting a divorce.

Having returned to the little women’s franchise in 2021, the reality tv star focuses on finding herself. Already tapping deeper into her career opportunity, Monie has her eyes set on starting her shoe line and plans on having a production company called Little Women Big Business.

Although little, Monie has proven to be fierce as the franchise describes the women.

She has experienced turmoil and setback in life, but like her come back to season six of the franchise, she resiliently bounces back like the boss she is.