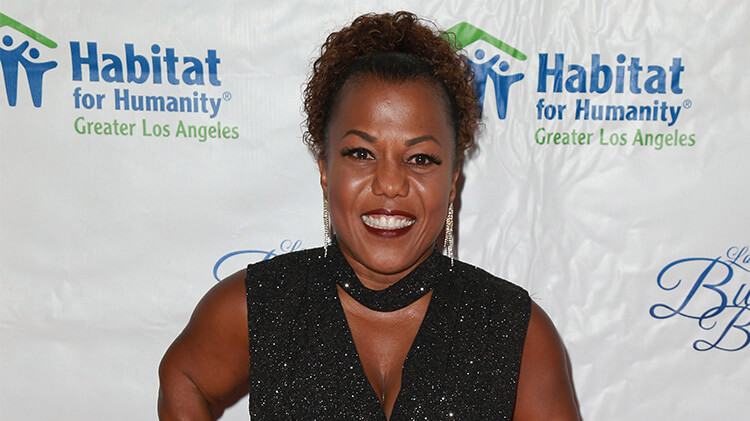 For anyone who relishes and lives for the drama and intrigue of reality TV, Lifetime’s Little Women LA is such a mood. The little ladies are not only ambitious, but they are also fierce, opinionated, and ready to put up a fight if need be.

Most notably, fan-favorite Tonya Renee Banks stands out as she brings on her share of drama, ambition, and of course, relationship issues. Unsurprisingly, when we saw her wearing an eye patch on season 6, we couldn’t help but wonder just what happened to Tonya from Little Women LA?

Despite being the elder castmate, Tonya is probably the most physically fit. Her line of activewear, aptly named Lil Boss Body is a testament to her commitment to keeping fit and healthy.

However, even the fittest of us still succumb to some health issues here and there and that is exactly what happened to the outspoken TV show star. In the third episode of the show’s sixth season, fans were quite taken aback to see Tonya donning a black eye patch all of the sudden. Just what in the world had happened to this fierce little mama overnight?

Well, it turns out that Banks had a condition known as Bell’s palsy. Thought to be caused by extreme stress, the condition is a form of paralysis that affects the face, resulting in the weakening of facial muscles on one side.

Bell’s palsy can also make it difficult to close your eyes. Other symptoms include sound sensitivity, diminished tasting abilities, and ear pain. The exact cause is unknown but the disease is treatable with steroids and patients usually make a full recovery in two to three months.

In between managing her wine business, running the activewear company, and filming for the reality TV show, Tonya is a busy woman and it is hardly surprising that she would have to deal with some stress. For someone with an egregious personality as hers and one who is used to being so busy, the star admitted that the condition made her feel isolated.

Tonya did join fellow cast member Elena Grant to try her hand in cryotherapy, a.k.a. cold therapy to see whether it would help ease the paralysis on her face. We’re not sure whether the therapy worked but Banks no longer wore the patch in subsequent episodes, which was a good sign that she had recovered.

Is Tonya Banks Still With Kerwin?

Other than her health issues, something else we’ve all been wondering is about Banks’ relationship status. Since gracing our screens, we’ve known that the star was linked to her long-term boyfriend, Kerwin Johnson with whom they share a daughter, Angelique.

After dating on and off for 30 years, Tonya expressed that she might be ready to get married  but as it would turn out, we weren’t going to hear any wedding bells any time soon. Just to be sure, Johnson did propose in the finale of season 6. But, in the seventh season of the reality show, Banks told the ladies that she and Kerwin were no longer in a relationship. In a surprising twist of events, the mother of one even gave back the engagement ring!

Asked by her castmates whether her decision to break off the engagement was the right one, Tonya said, “I feel conflicted.” After returning the engagement ring, she is seen telling Kerwin that she doesn’t want to leave him. Whew! Talk about a truly conflicted girl!

So, is Tonya still with Kerwin? The answer would be no. The couple called it quits and Tonya moved on to dating Jaa. However, her relationship with Jaa didn’t last too long given that the guy was in a relationship with another woman when he began dating Tonya. Despite her friends’ disapproval, Tonya was willing to stick it out until Jaa made up his mind whether he wanted to be with her or the other woman.

Are Terra and Tonya Still Friends?

Remember Tonya and Terra’s explosive beef? These two have been BFFs for over a decade but their relationship almost came to a head when Terra decided to launch her own line of wine months after Tonya had done the same.

Not only was this a total copycat move on Terra’s part but what annoyed Tonya the most was the fact that her very white friend decided to name her wine Black Girl Moscato and wanted Tonya to be the face of the new line of wine.

In an interview, Tonya explained why she was pissed off at her BFF. “I did not care for that name. It kind of put a wedge in our relationship, in our friendship.”

Asked whether they’d go back to being friends, Banks said, “I believe we can,’’ but was quick to add that they both have too many issues to deal with and do not hang out as much as they used to.

Toward the end of season 8, we do see the two being cordial with each other so it would be safe to say that Tonya and Terra are still friends.

Well, we can’t wait for season nine of the reality show to premiere so we catch up with everything the little ladies have been up to all this time.