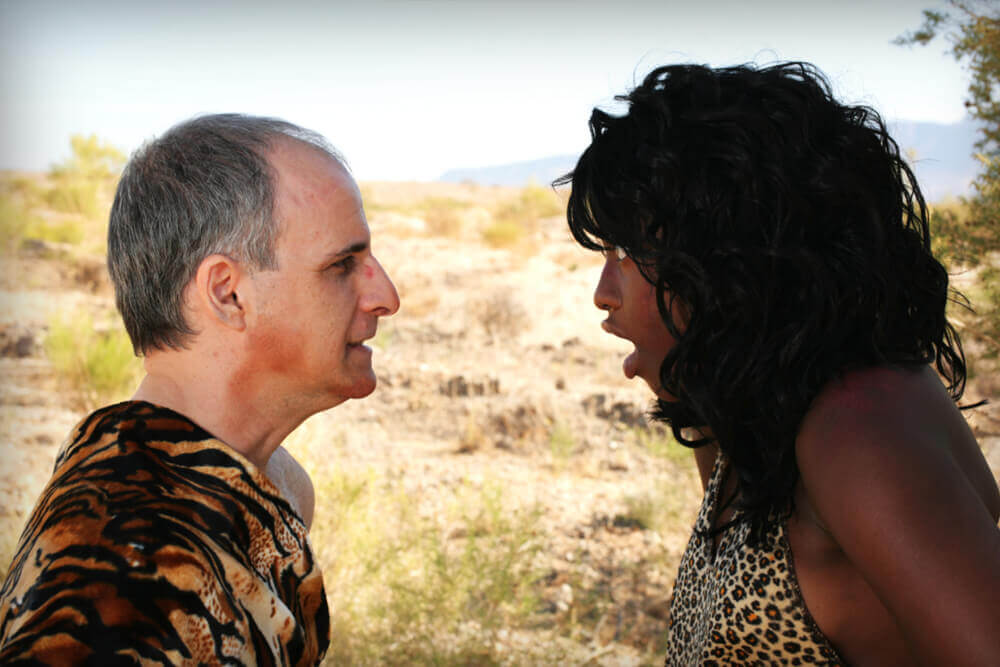 Shows like Naked attraction have for decades subdued couples to dating naked, and more recently joining in the rooster of dating shows with strange gimmicks is Naked and Afraid of Love.

The show is a spin-off of Naked and Afraid, where naked survivalists are placed in the wilderness for 21 days (or longer) to survive the elements.

So does a new spin on a proven format really spark love amongst the naked, and is it worth watching?

What is Naked and Afraid of Love?

In Naked and Afraid of Love, 16 complete strangers, eight single women, and eight single men work together to survive the wilderness while getting to know prospective romantic partners in an unforgettable island paradise.

The show began airing on August 22, 2021, on The Discovery Channel’s streaming service Discovery Plus. Fans of the original show would know it tends to bring out the worst in people, with participants left to gather food, build shelter, withstand extreme weather and defend themselves from dangerous animals.

With producers of Naked and Afraid of Love more fixated on creating situations that allow for love matches to happen, contestants have it easier than their Naked and Afraid counterparts, coming to half-built shelters and an instruction book, according to Decider.

Where is Naked and Afraid of Love filmed?

According to Reality Titbit, season 1 of Naked and Afraid of Love was filmed on the deserted island of the Philippines. Unsurprisingly, the first time singletons meet each other, they are completely naked.

Hard to maintain eye contact, as you can imagine. Throughout the first episode of a 10 part series, the pairs assess each other.

As analyzed by Decider, pairs spend their first day figuring out how to start a fire and finish the half-constructed shelter. At this point, couples tend to display a tad bit of affection or at least interest, but it allegedly wears off when hunger and other discomforts kick in by the third day.

At this point, pairs are allowed to decide to move on.

Couples start to find each other, and new attractions are formed. We assume if the new attractions fall out, they continue to move about chasing love for as long as they can stand being on the island.

Commenting on the new show, chief Brand Officer at Discovery, Nancy Daniels, said the show would accurately depict what it means for humans to pursue love. “We’ve documented people all over the world doing the most extreme things, whether it’s risking their lives out at sea, street racing, or traveling to space, but nothing better illustrates what it truly means to be human than our quest for love.”

Who are the singles looking for romance on Naked and Afraid of Love?

In what makes for some of the weirdest dating shows, singles are paired up to look for love without the “supposed” added pressures of clothes and in situations that can test whether they can quite literally stand the rain.

With that in mind, you are probably dying to know who would be brave enough to attempt to find love in such vile conditions. According to Discovery channel’s press release, the cast includes a sexually fluid Army veteran who’s known for his ‘take charge’ attitude and a Ph.D. student from Honolulu, who’s tired of her fixer-upper relationships.

The other cast members include a firefighter, a high school teacher, a former pageant queen, a 26-year-old computer engineering student, and a youth soccer coach.

For all the scoop on what happened to each candidate on the show, we’ve complied a nifty list for you.

How will Naked and Afraid of Love manage hygiene and personal consent protocols?

Under the circumstances outside of Naked and Afraid, singles would likely be turned off by the idea of dating someone lacking basic hygiene.

On Naked and Afraid of Love, participants have to go on without many comforts of modern dating, like clothes, soap, toothpaste, and deodorant.

As per The Wrap, One of this season’s contestants, Bennet Murphy, agreed that the thought of coupling up with someone while they are both dirty was a disgusting one to process. “I went into this really nervous about that. I was like, man, not only am I going to be making out with someone maybe who hasn’t brushed their teeth in a while or hasn’t been able to keep themself clean like they’re used to, I’m not going to be going into it confident as well.”

During a virtual panel for the show at the Television critics association press, when confronted by the notion of hygiene, Naked and Afraid of Love executive producer Jay Beinstock said,

“So we did a very, very fast sort of like– they got to clean off in the water because the water was there, and they would actually be able to just sort of rinse their mouths out real fast. So bad breath and whatnot. But other than that, there wasn’t much more than that in terms of the show.”

With the Naked and Afraid franchise adding a new component of romance and intimacy into their production, producers had to take the necessary precautions to make sure everyone onset never feels uncomfortable or experiences anything they did not consent to.

Beinstock said the show would not tolerate any unwanted advances such as “touching something without consent.”

In addition, the show has added more female crew members to balance things out and have everyone feeling more comfortable. The cast was also told that they should immediately report it to crew members if they were feeling uncomfortable about anything.

Though it is still early to judge the effectiveness of safety protocols or if a romantic connection can be made on the show, we still think it might be worth streaming. If you are curious about contestants hooking up on the original show, we’ve got you covered.

Is there going to be a second season of Naked and Afraid of Love?

Yes! Discovery+ has confirmed that it ordered a second season of the franchise spin-off, much to the delight of fans. The new season’s release date is set for Summer 2022 on Discovery+.