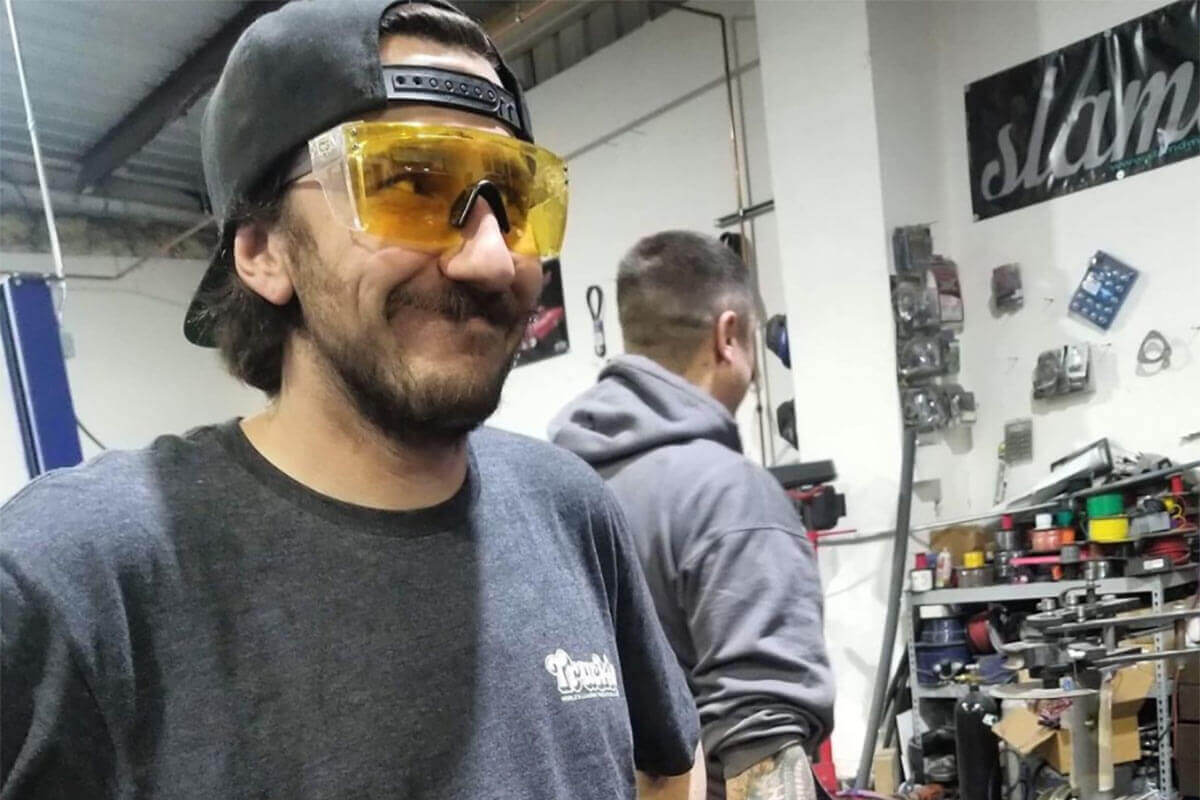 History Channel’s American Restoration was a reality series centered on Rick Dale and his extended family, who all worked at Rick’s antique restoration shop.

The “Rick Restoration” team of experts would restore American vintage items, like vending machines, to their former glory.

As with any popular reality show that aims to keep its viewership glued to the screen, the challenges the crew faced consisted of a good amount of pranks, surprise elements, and subtle plot twists.

Popular with viewers, the program first aired in 2010 and saw its final and seventh season in 2016. Many have since wondered what happened to Rick Dale’s sons, Tyler Dale and Brettly Otterman, after the cancellation of the famous reality show.

Here’s what they’ve been up to since American Restoration ended.

Who is Tyler Dale?

When the show aired, we got to know Tyler as Rick’s teenage son from his first marriage before tying the knot with Kelly Dale.

Since he was two years old, Tyler had worked in Rick’s shop. Despite Rick’s desire for Tyler to take over the family business one day, the boy was somewhat laid-back and liked to move at his own pace.

Ron Dale, Rick’s brother, was an inspiration to Tyler, and he loved spending time with him. After being promoted to shop foreman, he kept the position until History Channel decided to replace the original cast of the show.

As a result of his years of experience, Tyler has developed several skills, including water jet operation, MIG welding, woodworking, and metal finishing.

What is Tyler Dale doing now?

Since the Dale family’s forced exit from the reality series, Tyler has remained in the rebuild and restoration business.

His most recent restorations are regularly posted on his Instagram account. In addition to a 1962 mini Corvette, a 50’s soda fountain, and a rocket slide, he has worked on several projects that have greatly benefited him and his career.

One of his bigger projects to date has been the restoring of a Ford F100, which you can follow along with on his social media accounts.

Brettly Otterman is Rick’s stepson and Kelly Dale’s child from her previous relationship.

While Brettly had to take on many of the unsightly jobs in the early seasons of American Restoration, he later impressed the viewers with his picking skills. Brettly also showed real craftsmanship in sandblasting and soda blasting.

What is Brettly Otterman doing now?

After buying out a failing Mobile Sandblasting Company in Las Vegas, Brettly set up his own business called “Clean Works Mobile Media Blasting.”

True to his sandblasting chops, he stuck to his guns and now owns three blasting rigs. He continues growing the business and learning, all while being able to provide for his growing family.

The continued success of both stepbrothers shows that the end of a TV career can spawn new opportunities for its cast.

The same can be said for Rick Dale himself, who’s not doing too bad either since the show ended.