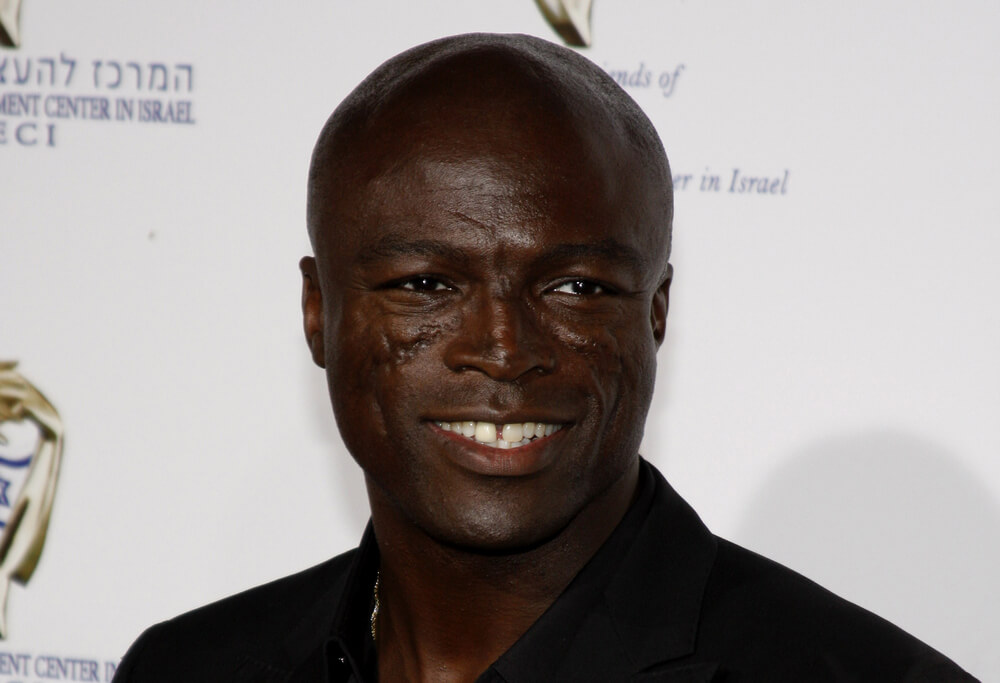 Seal is a popular name in the United Kingdom and the world over. He’s a highly successful musician with plenty of awards to his name and multiple hit songs.

His most iconic hits include “Kiss from a Rose” and “Crazy” both of which topped billboard charts for years. If you have a thing for R n’ B tunes from the 90s, you probably know both songs like the back of your hand.

Throughout his music career, Seal has sold more than 20 million albums across the world. He’s also been a judge on “The Voice Australia” and “American Idol”

Seal has clinched many awards over the years, thanks to his impeccable music style. These include one MTV Video Music Award, 4 Grammy Awards, 3 Brit Awards, and 2 Ivor Novello Awards for his songwriting talent.

These are just some of the achievements of Seal. He was also married to the German Model, Heidi Klum, for seven years with four kids from the union.

But, What Happened To His Face?

Seal is famous for his music prowess, obviously, but he’s also known for the massive scars on his face. There have been a ton of speculations as to the origin of the scars, much like the endless theories about Owen Wilson’s nose.

Some claim that Seal got the scars from tribal rituals (he’s half Nigerian), while others think he got into an accident that left his face scarred. Both speculations are wrong!

What really happened is that Seal contracted a condition referred to as discoid lupus erythematosus (DLE) at the age of 23. DLE is a form of skin condition with its symptoms being inflammation and scarring.

In most instances, the disease leaves certain scars on the face or the scalp. Albeit rare, hair loss is also a side effect of DLE (at least in Seal’s case). The scars don’t come as a result of Lupus but rather, the treatment procedures such as steroids and injections.

If the American Osteopathic College of Dermatology (AOCD) is anything to go by, DLE causes skin lesions that appear as red swollen patches. They can look crusty or scaled with light-colored centers and darker rims. If not treated, this condition can cause major damage to organs and, ultimately, the wake of other serious illnesses.

Unfortunately, no one knows DLE’s cause, but AOCD believes it is an autoimmune response that attacks the skin.

Seal may appear bold and confident during red carpet events and his other public appearances, but as it turns out, the scars affected his self-esteem at some point in his life. The scarring threw him into depression back when he was still a young adult.

However, Seal used that alongside his difficult childhood and other hurdles as sources of inspiration for his music career. When asked about living with the scars during interviews, Seal maintains that he’s stronger because of them. He says he has grown to appreciate the scars.

He spoke to the New York Times, saying, “I strongly believe that for you to make it in any form of art, you have to overcome the initial adversity. As far as I know, adversity is what creates art. And it is not one of those things you can outlive; once you go through it, it will always hang around you. It becomes a part or perhaps the reason for your make-up.”

Currently, 5 million people from around the world live with Lupus. Other celebrities living with Lupus include Selena Gomez and Nick Cannon.

Seal’s legal name is Henry Olusegun Adeola Samuel. Just from the name, you can tell that the talented musician has some African roots. His mother, Adebisi Ogundeji, hails from Nigeria’s West African country, while his dad Francis Samuel is Africa-Brazilian.

Seal dated and married Heidi Klum back in 2006 when she was pregnant for Flavio Briatore (the manager of the Formula One team from Italy). The musician went ahead and tied the knot with the model despite her carrying a baby for another man.

After giving birth to her baby Leni, Heidi insisted that Seal was her dad and not Braitore as the latter hadn’t been in her life.

Seal adopted Leni in 2009 and had her last name changed to Samuel. Both Seal and Klum lived together for seven years and had three other kids, but they separated in 2012 and got divorced in 2014.

Seal is a true force to reckon with. He’s had a rough childhood, significant setbacks in life, and the biggest one of all, a skin condition that left him literally scarred for life. Lupus might have knocked him down when he was young, but he’s now a resilient, brave, and strong man.