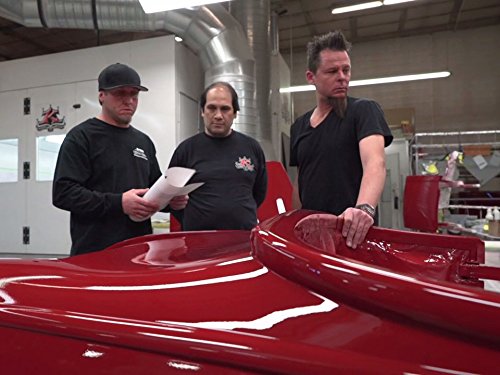 Velocity TV’s Bitchin’ Rides is one of the most-watched car renovation shows around. Few can match the technical and artistic skills that David Kindig and his team showcase at their custom auto shop. Everyone on the show is so incredibly talented that it’s hard to pick a favorite one. 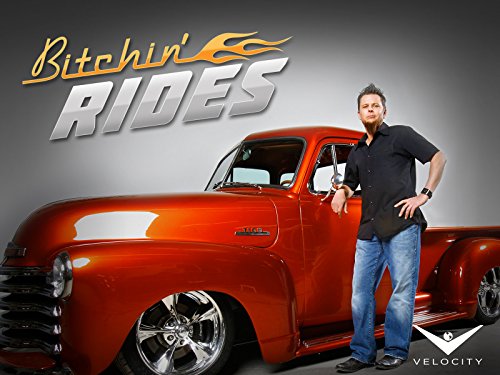 That being said, one guy that stood out was Manuel Bellazetin—not only was his paintwork out of this world but his sense of humor was also something that fans quickly took to.

But, we only see him a couple of times on season 1 after which the bad-ass painter completely disappears from our screens. So what happened to Manuel from Kindig-It?

Where is Kindig It Based?

Before dishing on Manuel Bellazetin’s whereabouts, let’s do a quick recap of the show where we first met him. So, Kindig It is a custom auto shop based in Salt Lake City, Utah, and is named after its owner, David Kindig.

As fans can attest, the team at Kindig It has mastered the art of renovating and remodeling hot rods and classics from scratch resulting is beautiful and functional masterpieces.

David ‘Dave’ Kindig started his shop in 1999 and gradually built a reputation and a solid customer base, which also includes celebrities.

By the time Velocity Channel executives got wind of him, he wasn’t hurting for work but the opportunity that came with the Bitchin’ Rides show, which aired in 2014, would catapult him to international fame.

Today, the hit TV show airs in more than 30 countries. “It is a little hard to hide, I guess, with the goatee,” he said of his newfound stardom.

Besides being TV famous, the guys at Kindig-It Design have earned numerous awards including the Grand National Roadster Show’s Al Slonaker Award, the Utah AutoRama’s Utah’s Finest, the Boise Roadster Show’s Master Builder Award among others.

With so many inauthentic car reno shows out there, one can’t help but wonder whether the spectacular work we see the Kindig-It team do is the real deal. 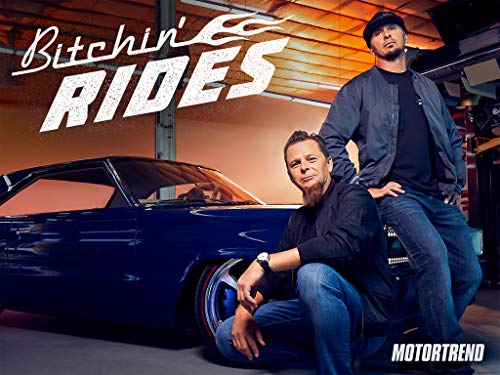 Well, Dave says that the show is genuine. Unlike other shows that make it look like it takes just a couple of days to renovate a car into a classic masterpiece, the Kindig-It team actually takes up to a year or more, sometimes, to complete a project.

“Velocity Channel doesn’t pay me (to renovate the cars), the customers do. They just film what we do, he said.”

So, What Happened To Manuel?

Even though he is an incredibly talented artist himself, David attributes the success of his business and the show to his team. Interestingly, there has been no word from him or the other guys about Manuel Bellazetin, an insanely gifted bodywork specialist and custom painter.

On the show, we only see Manuel a handful of times but that was enough for him to become a fan favorite. His handiworks did keep us glued to our screens but we also became fond of his quirky smile and wicked sense of humor.

Then, all of a sudden, there was no more Manuel!

Just what happened to the popular Kindig-It painter?

The truth is, it is hard to tell where Bellazetin went as there is no mention of him by his former colleagues. He has no social media, his bio does not appear on the Kindig-It website and neither has Velocity offered hints as to his whereabouts.

This rather unusual absence from the public eye sparked rumors about his death. On the website of Dignity Memorial, a Utah-based funeral planner, fans are seen expressing remorse over his passing and reminiscing about his talent.

“As a fan and watcher of Kindig since it first aired on English tv, I am so sad Manuel is no longer with us, his cheeky smile was refreshing and his work ethic was amazing…the quality of his work should be an inspiration to the youth of today, my heartfelt wishes gout out to his family…” wrote Tom Hull from England.

Another fan, Phillip Galashiels lamented, “So so sorry u was amazing with all your great paint work’s u made me and my kids laugh with your great one-liners…”

“I had no idea that Manuel had passed away, I noticed in later episodes that he wasn’t there, so sorry,’’ wrote Vincent Brooksville.

Very much alive and thriving

We are happy to report that Manual is very much alive!

The obituary in reference was for his 80-year-old father, who was of the same name. This led fans to believe that the popular Kindig-It painter had passed.

A close relative confirmed that this was indeed not the case and that Manuel “…just wanted to be sure people know he is alive and doing well.”

In fact, he has started a body shop of his own in Murray, Utah, and works by himself with some local customers.

Given the important role he played at Kindig-It, it would have been nice if David and his team explained to fans just what happened to Manuel.

At least, knowing that he is doing well gives some closure to his fans.

We wish him nothing but the best for his new ventures!